This Boston Globe photo is perfect 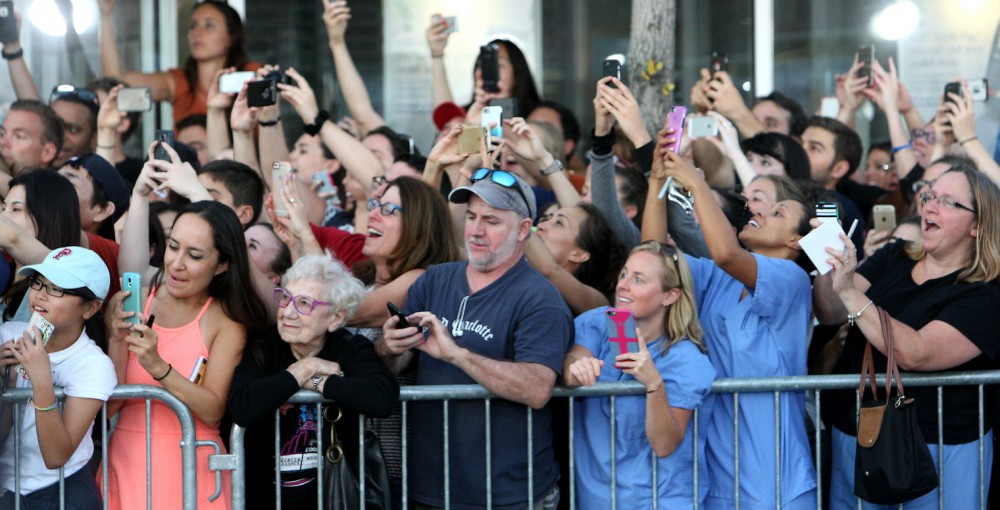 When the cast of Black Mass visited the Coolidge Corner theatre in Brookline on September 15, Bostonians lined up to see them arrive. A picture taken by Globe photographer John Blanding shows a snapshot of the scene: a crowd of people holding up their cameras, scrambling to get Johnny Depp et al on film.

A single attendee in the photo isn’t holding up her phone, though. She’s just watching. And the Internet has fallen in love with her for it.

this is my new favorite photo of all time pic.twitter.com/v8Qs6TeXZf

The photo has since gotten nearly 7,000 retweets, with people near and far noting her ability to live in the moment.

@waynedahlberg someone who knows how to be present and enjoy the moment. — Brent Jensen (@BrentDJensen) September 26, 2015

Dahlberg has since credited Blanding in a follow-up tweet and the moment he captured continues to make rounds on Twitter.

Correction: A previous version of this article referred to the man who tweeted out Blanding’s photo as Dwayne Dahlberg. His name is Wayne Dahlberg. The story has been updated. We regret the error.