The first same-sex marriage license has finally been granted in Rowan County, Ky. 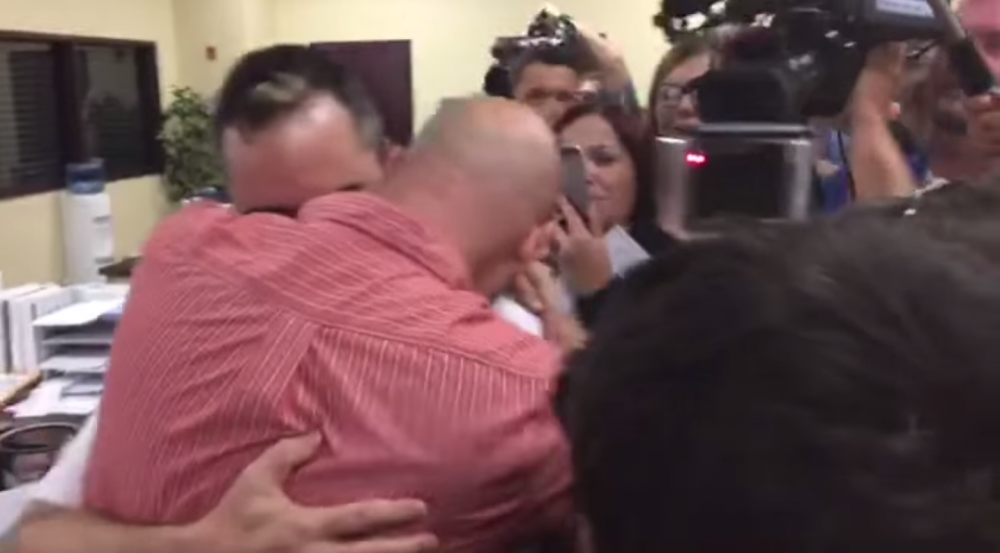 One Kentucky couple just had a very good Friday.

James Yates and William Smith Jr. were granted a marriage license in Rowan County on Friday morning. They’re the first couple in the county to be granted a license since the SCOTUS ruling in June.

Up until recently, county clerk Kim Davis had been denying gay couples marriage licenses based on her own personal religious beliefs. A video posted by ABC News on September 1 shows Davis denying a different Rowan County couple, David Moore and David Ermold, a marriage license. She claimed she rejected their request under “God’s authority.”

Davis was detained for contempt of court, then offered release on the grounds that she allow her deputies to process gay marriage licenses, according to the New York Times. But she refused.

Five of Davis’s six deputies have agreed to grant licenses in her absence, the Chicago Tribune reports. The sole holdout is her son, Nathan Davis.

The legality of these licenses is questionable since they are given without Davis’s explicit consent, New York Times reports. But U.S. District Court Judge David L. Bunning says that couples can choose to take that risk on their own, according to USA Today.

And so they have.

Yates and Smith were given their license by a deputy clerk on September 4. In a video posted to YouTube, the two are shown hugging immediately after being given the paperwork as someone in the crowd shouted, “yes!”

You can watch the video below: