The FCC Wants to Take Away The Open Internet. 3 Reasons Why That’s a Bad Idea 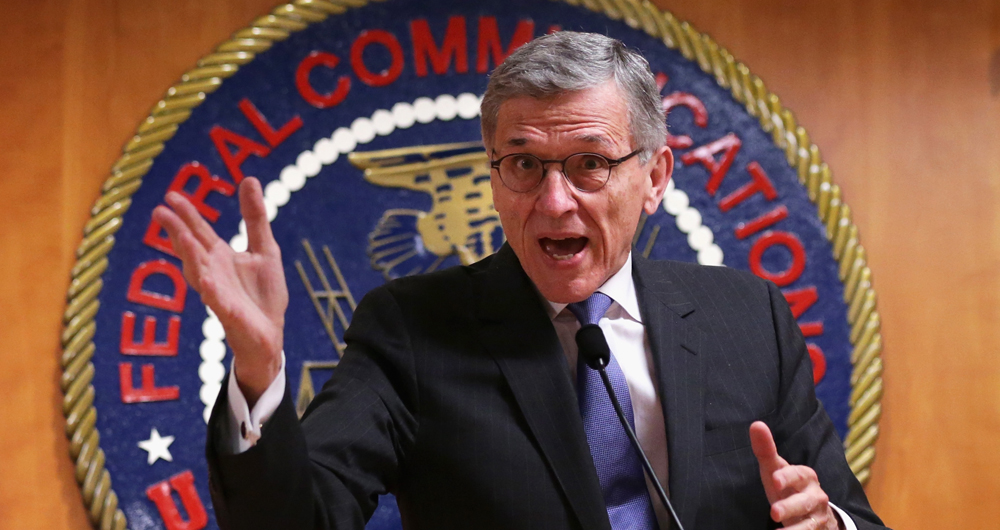 We’re used to the idea that all websites are equally accessible. You’d probably be surprised if all of a sudden it was easier to access Buzzfeed’s content than it was to load up Gawker, regardless of which browser you used, or whether you used your phone, tablet, or laptop. But, if new regulations proposed by the Federal Communications Commission last week go through, that might be how the Internet of the future operates.

At stake is a concept called “net neutrality” — the idea that internet service providers, such as Comcast, Verizon, or AT&T, can’t change the speeds at which customers can access a website’s content. But the regulations that protected net neutrality were struck down by a federal judge last January, and the new rules proposed by FCC chairman Tom Wheeler would go in the opposite direction by allowing companies to pay internet providers to speed up their websites. That would be really bad news. And, especially in a city like Boston that prides itself on its thriving tech economy, everyone should be up in arms about it.

Government regulations are by definition obtuse and unsexy. So to help make the abstract concrete, below are a couple examples of how your life would be noticeably worse if net neutrality goes away.

One of Boston’s strengths is that girls and guys want to stay here and work after college — often in small tech startups with only a few employees. And where there are employed young people, bars, restaurants, music venues and art galleries follow. Now, imagine that every startup working on a website or app felt that it had to pay every Internet provider for the privilege of reaching their customers at a reasonable speed. The cost of business would go up, and suddenly, the things that put Boston at a competitive disadvantage — like outrageous rents — become a much more pressing concern. If the FCC’s proposed rules pass, expect some of the Hub’s internet startups to up stakes and leave.

2) Internet service providers could decide what you watch and how you watch it.

You come home from work, flop on the couch, and decide to watch reruns of “Grey’s Anatomy” (or whatever) on Netflix. If Netflix hasn’t paid off your internet provider, its website could be much slower than that of its competitors — and if you have crappy wi-fi like me, then that fact alone could determine what you watch and how you watch it. Of course, choosing “House” on Hulu over Grey’s Anatomy on Netflix is a minor decision, but the net effect of millions of consumers making those sorts of choices could be enormous for the industry.

Wheeler, in an effort to deflect some of the criticism his plan had generated, promised that the the FCC would prohibit Internet service providers from actively discriminating against certain companies. But allowing companies to pay for preferential treatment amounts to the same thing. If Hulu gets a plum deal but Netflix doesn’t (or vice versa), expect to see less interesting and innovative television being produced online.

3) Your bills will go up

If the cost of running a business online spikes, then businesses online will need to find a way to increase their revenues to stay afloat. And that will probably means the subscriptions consumers pay to use apps and websites will spike as well. The FCC says that it will regulate what Internet service providers charge, so the price per individual app or website probably won’t go up too much. But lots of small fare increases can add up to a significant monthly hike for the average consumer.

Will this suck? Yes. Is it a done deal? No.
By voting on a preliminary draft of the proposed rules, the FCC has opened up the regulations to a period of public comment. A whole bunch of Silicon Valley giants have expressed their displeasure at Wheeler’s proposal. You can join them by writing to the FCC, or signing one of the several petitions going around the web, like this one on the White House website. But you do have an opportunity to make your voice heard.

Enter to win a pair of tickets to attend The Hess Collection Seminar and Dinner as part of Boston Wine Festival 2018 at the Boston Harbor Hotel on Wednesday, March 14th. END_OF_DOCUMENT_TOKEN_TO_BE_REPLACED

HUBweek came to Boston, and we were there to take it all in. END_OF_DOCUMENT_TOKEN_TO_BE_REPLACED

Boston band Funeral Advantage is Tyler Kershaw. And Tyler Kershaw had a fun childhood, so it seems. END_OF_DOCUMENT_TOKEN_TO_BE_REPLACED

Perry put me on to daephne and the album blew my mind. END_OF_DOCUMENT_TOKEN_TO_BE_REPLACED

While many have called out Davis since a video of her refusing to issue a marriage license to Rowan County residents David Moore and David Ermold went viral in July, relationship columnist and gay activist Dan Savage went a step further on MSNBC Tuesday night, saying that “this is about someone hypocritcally looking to cash in”. He added: “And she is a hypocrite.” END_OF_DOCUMENT_TOKEN_TO_BE_REPLACED