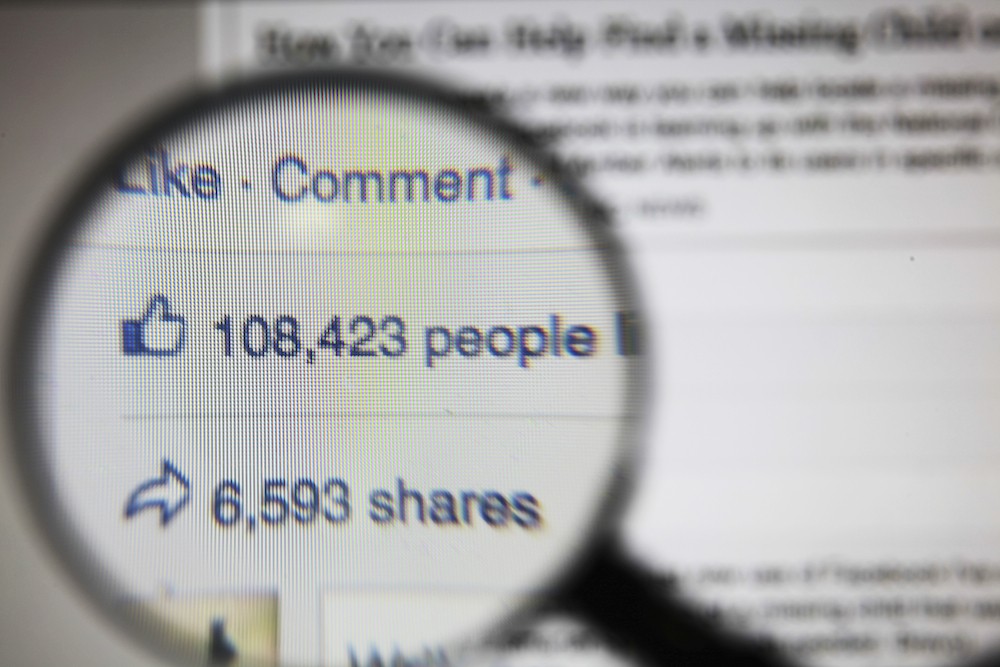 When logging on to Facebook over the last couple of days, you may have seen users posting a status claiming that Facebook would soon be charging users money to keep their information private unless you copied and pasted this message on your own Facebook wall.

As you may have guessed, this is a hoax, and a very old one at that. But that didn’t stop thousands of people from falling for it.

Now it’s official! It has been published in the media. Facebook has just released the entry price: $5.99 to keep the subscription of your status to be set to “private”. If you paste this message on your page, it will be offered free (paste not share) if not tomorrow, all your posts can become public. Even the messages that have been deleted or the photos not allowed. After all, it does not cost anything for a simple copy and paste. 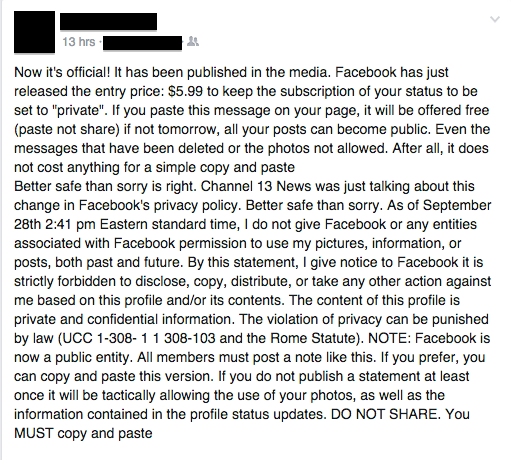 The message goes on to cite a number of fake laws — UCC 1-308- 1 1 308-103 and the Rome Statute — and mentions that “Channel 13 News was just talking about this change in Facebook’s privacy policy,” before concluding with the hallmark of all great chain emails: “DO NOT SHARE. You MUST copy and paste.”

It doesn’t take a law school graduate to figure out that posting a message on your Facebook wall does not change the fact that Facebook users have already agreed to the site’s Terms of Service by signing up for the site. And Googling “Facebook privacy,” “Facebook charge money,” or even “Rome Statute” will give anyone 1,000 articles detailing this very specific hoax. 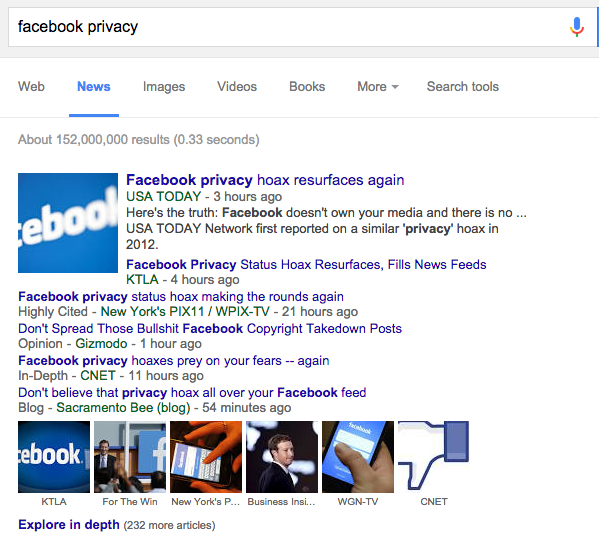 So why do people keep falling for the same hoax over and over again? The Washington Post cited media scholar Dylan McLemore’s psychological explanation behind chain emails in their article chronicling the Facebook privacy notice hoax’s most recent spread in January 2015.

“These narratives are believed because they construct and reinforce the worldview of the group within which they are told, or because they provide us with coherent and convincing explanations of complex events,” McLemore said.

In other words, people who don’t understand Facebook’s inner workings but have a healthy skepticism about the site’s privacy policies will gravitate toward a one-step solution that’s easy to understand and implement.

Posting this status probably won’t do anything, they reason, but why not post it just to be safe? It’s a lot easier than reading and understanding a terms of service agreement, that’s for sure.

And if verified Facebook pages with millions of fans are sharing it, it must be true! 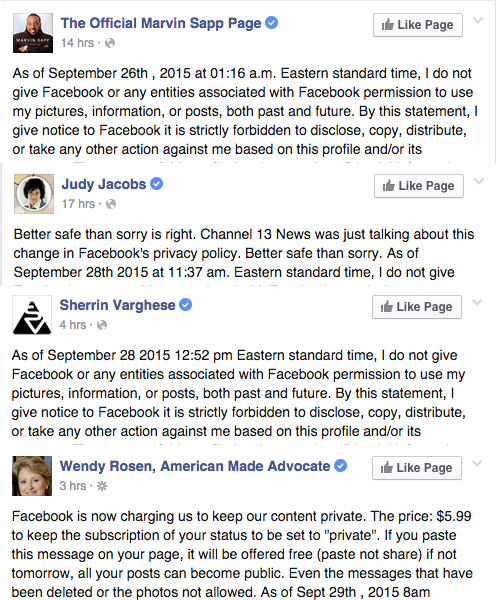 With that in mind, it’s probably a good idea to keep this article bookmarked. If history is any indiciation, this hoax will resurface in another six to ten months.