The DUFF’ Could Be OK, but its Dumb Message Is Too Distracting

Whoever said that a movie named around a fleeting flake of slang will age well is probably the same person that affirmed that The DUFF is going to be a breakthrough for teenage girls. That is to say, they are incorrect.

If reviews of The DUFF – for those who are still trying to figure out what “on fleek” means, this is the “Designated Ugly Fat Friend” – the movie is regarded as pretty funny, but not funny enough to reverse the damage it could have on its target demographic. The term has been kicking around for years, but director Ari Sandel and writer Josh Cagan have taken it upon themselves to give the term a proper Viking funeral by way of a mediocre teen movie.

Mae Whitman, famous for playing Ann “Her?” Veal in Arrested Development, is no stranger to being painted as the less-than character on film, but this is her first starring role aside from an undoubtedly lucrative side career as the voice of as slight blonde fairy Tinker Bell.

When Whitman appears on screen, though, it’s rare that she’s painted to be the winner – Ann Veal is repeatedly (albeit hilariously) mocked for being homely and unremarkable. The DUFF is, unsurprisingly, teased at every turn.

Part of the “whose side are you on?” confusion surrounding this film is The DUFF‘s marketing strategy, a lot of which relies on star Mae Whitman being fat and ugly, neither of which she actually is. 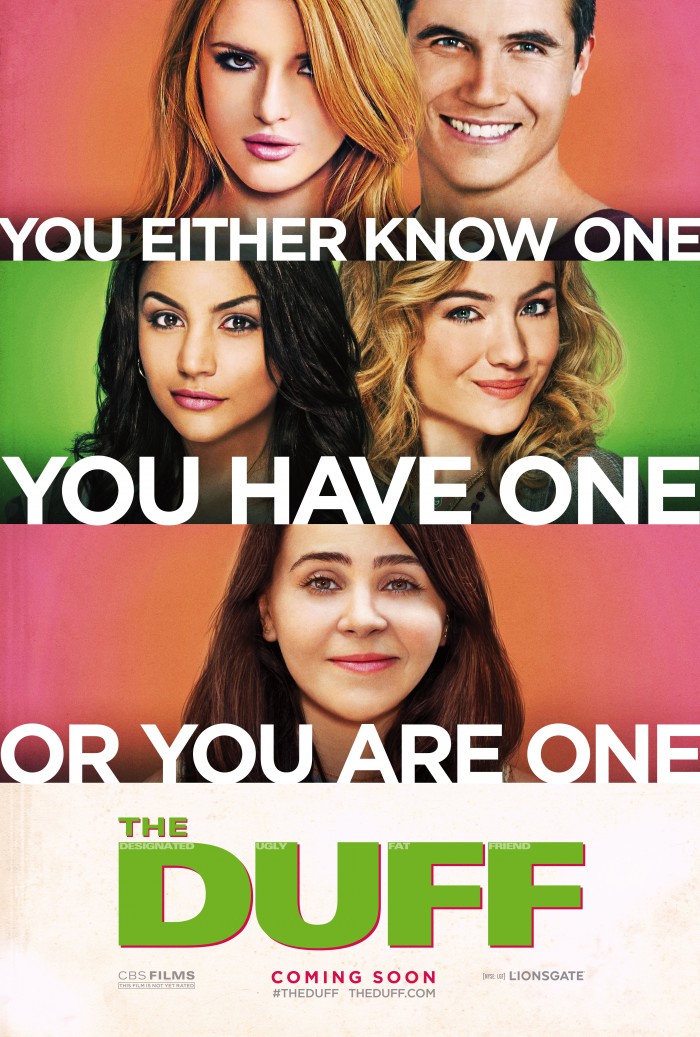 The Designated Ugly Fat Friend is made to seem like a staple of every friend group, a fun endorsement for toxic friendships. Whitman’s character Bianca is informed by childhood friend turned semi-intelligent jock Wesley (Robbie Amell) that while she is the DUFF of her otherwise-glamorous friend group, this doesn’t mean she’s ugly or fat. It’s just that she’s more ugly and fat than the people she hangs out with. As any high school senior would, Bianca freaks out at the revelation.

The solution? Bianca enlists Wesley to give her a makeover (complete with hilarious dressing room montage). Meanwhile, she distances herself from her admittedly terrible friends in order to impress her crush, also referred to as her #FutureBabyDaddy in a dialogue choice that guarantees the film’s irrelevance inside of a couple years (“You’ve got a uniboob, your posture sucks, you need to stop dressing less like Wreck-It Ralph,” the jock tells her in the middle of a lingerie shop in the trailer).

By the movie’s conclusion, Bianca takes on the high school’s queen bee to prove that everyone is someone’s DUFF, embracing rather than condemning the term.

This film also takes place in a world where the only similarity to Arrested Development is that Mae Whitman is an undesirable piece of trash, which – 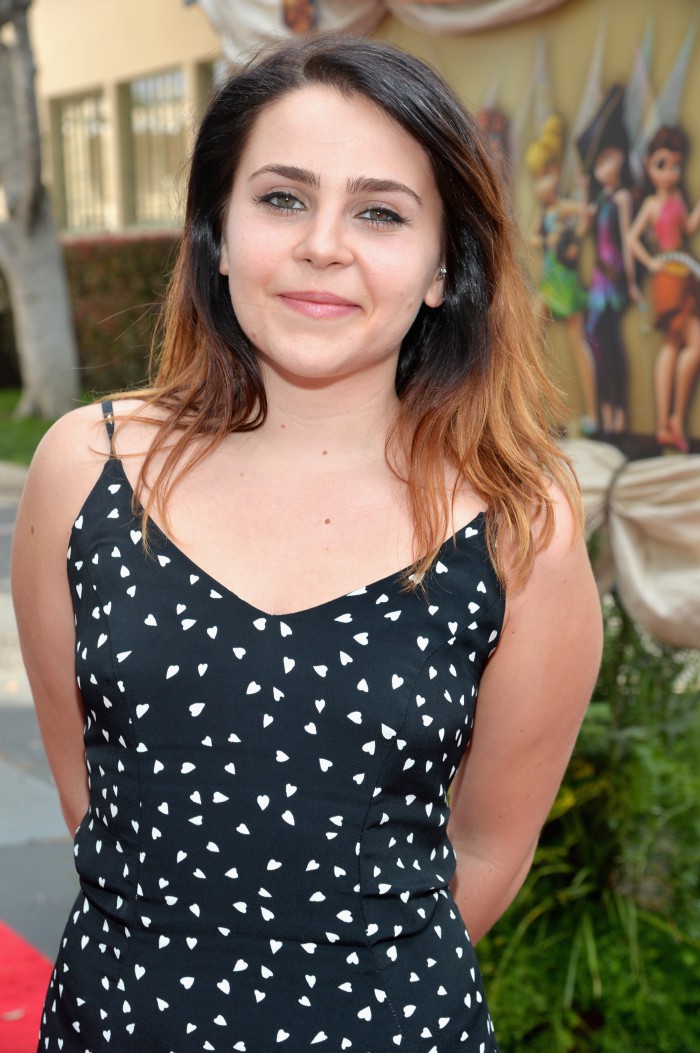 The movie relies on the same skewed logic that would have us believe that Tina Fey’s Liz Lemon is an ugly slob on 30 Rock, a sentiment that the writing and a series of cardigans was never able to fully convince viewers of. We know that Bianca is an intelligent character and, considering how superficial her friends are (think Jenna Maroney, people), a pretty solid ally to have. But neither of these things are enough to put her on the same plane as the high school mallrat aesthetic.

The DUFF embraces pro-self esteem by allowing Whitman’s character to overcome her oppressors, but also leaves the audience with the feeling that a makeover and a boyfriend left her better off than the beginning of the film.

In the same way that The Breakfast Club almost accepts the teenage weird girl through Ally Sheedy’s character, the film can’t end before her hair is swept out of her face and she’s given some good white jock lovin’.

Is The DUFF a harmless, mediocre movie? Maybe for those that know better. But take it from someone who casually mentioned to her high school boyfriend that it might be kind of fun to “pull a Juno” at age fifteen: teen movies do affect their target demographic. When it comes to a message like this, going halfway isn’t going to do the job.

The bottom line? Mae Whitman is a national treasure, and if the only way to get her into a leading role is by implying that she’s disgusting, we’ve got a long way to go. Right, Melissa McCarthy and Rachel Dratch?

At very least, the film’s unabashed use of hashtags in dialogue guarantees that its content won’t be any more relevant than its message.

Stay weird, DUFFs of the world, and forsake your pajama bottoms on your own terms.

Click here to see where we’ll be the rest of the season! END_OF_DOCUMENT_TOKEN_TO_BE_REPLACED

We kicked off our 2018 season on the coldest day EVER. END_OF_DOCUMENT_TOKEN_TO_BE_REPLACED

A decade of Wreck The Halls. END_OF_DOCUMENT_TOKEN_TO_BE_REPLACED

Golden Globe and Emmy nominee Benjamin Wallfisch is the composer responsible for the score of the hit movie IT. I talked to Ben about his approach to scoring the new version of this iconic story and his thoughts on film and music overall. Some very insightful commentary; listen in. END_OF_DOCUMENT_TOKEN_TO_BE_REPLACED

Our annual sushi celebration is fast becoming the social event of the season. END_OF_DOCUMENT_TOKEN_TO_BE_REPLACED