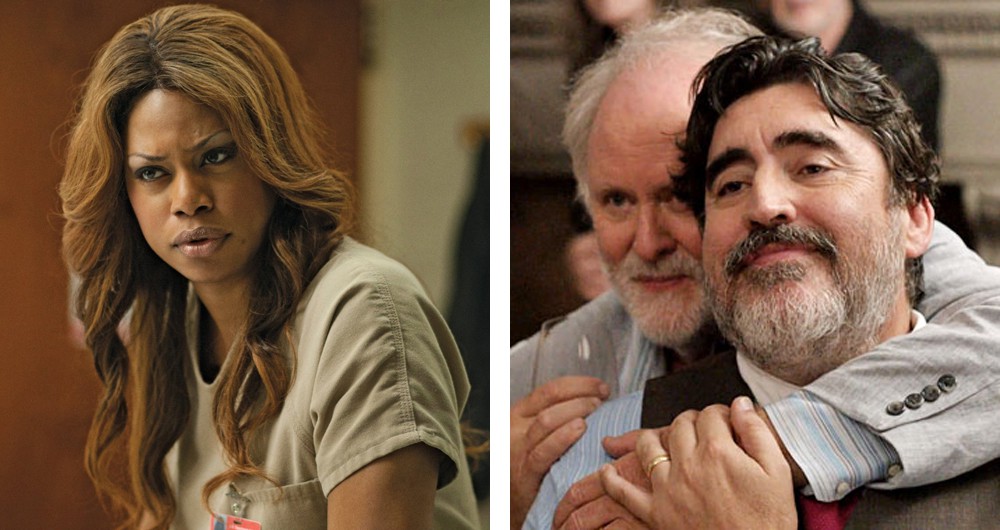 While GLAAD’s annual studio responsibility index and network responsibility index for this past year will be released within a few months, I felt it was appropriate to take a look back at the end of the year and ponder the “quantity, quality, and diversity of images of LGBTQ people” in 2014.  Instead of focusing on the negative, I decided to remain positive and discuss what I found to be the best portrayals of LGBTQ people in film and TV, five from each.

Not truly surprising, however, was the fact that it was somewhat difficult to remain positive (compiling this list just goes to show how far television has come and how stuck film is).  While television shows continue to make strides and offered a wealth of riches this year, throwing together a simple top five for film was like grabbing at straws.  None of the films on the list were released by a major motion picture studio, one was released by HBO, and one is a French film.  The fact that very little progress is being made in my favorite of mediums is disheartening, but the only way that change will come about is through new creative voices rising above all of the ignorance and close-mindedness.

But enough with the negativity.  Here are some of the best portrayals of LGBTQ people in film and TV for 2014, with particular praise given to stand-out performances.