The Best of Twitter’s Excellent ‘Why My Kid Cried’ Account 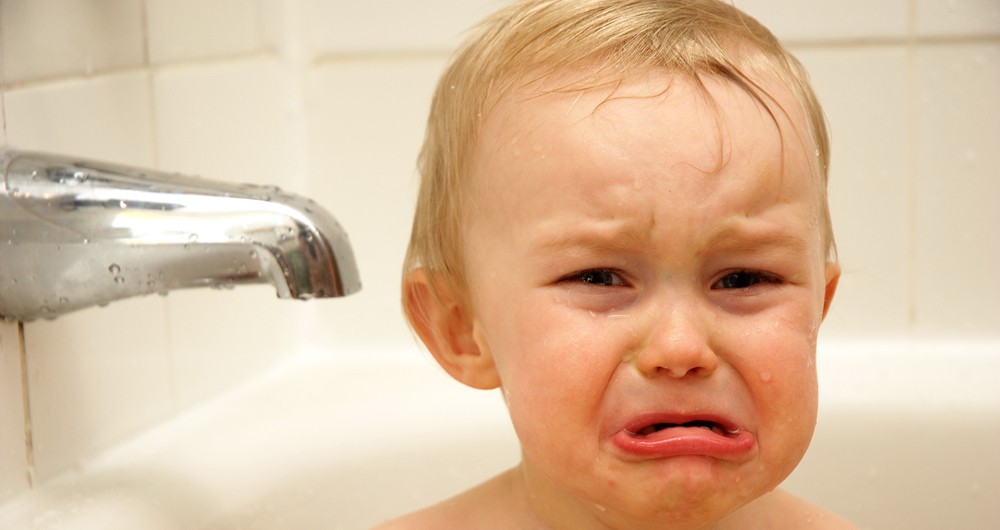 EDIT: It has come to our attention that the original tweets came from the account Reasons My Son is Crying, or @ReasonsMySonCry. Throw him a follow, and we’ve replaced the tweets with his original posts.

If you haven’t had this link forwarded to you by a bevy of aunts, coworkers and roommates by now, let us do you a solid. Why My Kid Cried, though less than fifty tweets deep and less than a week old, has already proved itself as one of the best uses of the medium. Parents submit a silly reason their kid burst into tears and – here’s the dark part – must also submit a picture of said child crying. The result is nothing less than hilarious.

Classic example of parents limiting their child’s potential through fear.

Consider this our formal petition for an identical picture of Tom Brady.

"He put himself in timeout… For no reason." Submitted by: Kim Location: Minnesota, United States pic.twitter.com/3Opb17eSAx

There’s probably a French existentialist metaphor for the lives that we all lead somewhere in here, but I’m too lazy to hash it out. Aren’t we all in timeout for no reason, in a way? Someone write their senior thesis on that.

You don’t want to admit that you’ve felt this way, but we formally call your bluff if you say you haven’t.

Keep refreshing your feed for more reasons to weep.

We ate vegan blueberry cake and it was amazing. END_OF_DOCUMENT_TOKEN_TO_BE_REPLACED

Dan Croll is a great musician and an even better person. END_OF_DOCUMENT_TOKEN_TO_BE_REPLACED

We kicked off the weekend with a visit from Sasha Purpura, Executive Director of Food For Free. Sasha was back to promote next month’s Craft for a Cause event, a craft beer festival celebrating the Central Square Cultural District. END_OF_DOCUMENT_TOKEN_TO_BE_REPLACED

Summer is the hungriest time of the year. Millions of kids rely on school meals, but in summer, the meals disappear. HGTV’s Taniya Nayak was in studio this morning to talk about Taste of the Nation this coming Tuesday, June 6, which benefits Share Our Strength’s #NoKidHungry initiative. Click here to get your tickets. END_OF_DOCUMENT_TOKEN_TO_BE_REPLACED

Community Servings provides nutritious meals to individuals and families living with a variety of illnesses. Stephanie Carrigg was in studio this morning to talk about this year’s Meals4Moms program, where your contribution not only helps feed moms in need, but nets you some great goodies for a mom in your life. END_OF_DOCUMENT_TOKEN_TO_BE_REPLACED

Continuing our month-long series spotlighting videos we hope will inspire you think. END_OF_DOCUMENT_TOKEN_TO_BE_REPLACED

The first in a month-long series focusing on new songs that go a little deeper. END_OF_DOCUMENT_TOKEN_TO_BE_REPLACED

Matt Allen is the Field Director for ACLU of Massachusetts. He was in to talk about the ACLU: who they are, what they do, and how to get involved! END_OF_DOCUMENT_TOKEN_TO_BE_REPLACED