The Best of the 2015 Super Bowl Commercials 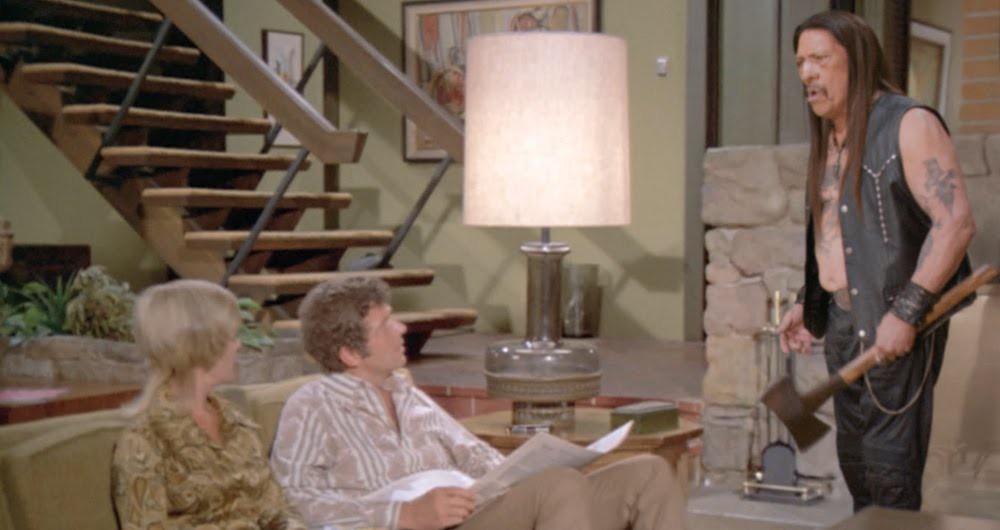 This year’s Super Bowl commercials were all about tearjerking and being a father and, occasionally, some really entertaining, sometimes informative content. Here are our favorites from this year’s broadcast – sorry, Budweiser puppy, you made us cry too much to make the cut.

This year’s best. When I was a kid, I used to think eating Fruit Gushers actually turned your head into an enormous strawberry. Praying that this generation is fully convinced Snickers turns you into Danny Trejo, they’ll fly off the shelves and we can finally begin a new Trejo-centric economy.

BMW: “What is Internet”

The beginning clip is definitely the best, but perhaps the most enlightening part of this spot is how amazing Katie Couric still looks. What is Internet?

Shameless shilling, but Kim only has a sense of humor about herself if she can wear a minimum of five outfits and earns a million dollars.

The insurance company aired two very different commercials during the broadcast, and Nationwide’s good-humored Mindy Kaling commercial teased for a few days before the full ad was released. Solid cameo by Matt Damon, plus naked Mindy in the park! Check out their slightly jarring “Make Safe Happen” commercial here.

In the underrated T-Mobile spot of the evening, comedians Sarah Silverman and Chelsea Handler one-up each other for who has the better coverage and the weirder mansion.

Is it too long after Breaking Bad wrapped to be relevant to the public at large? Maybe, but it’s nice seeing Walter White regardless.

Featuring Boston’s own Chris Fleming, this commercial was a high-energy change of pace in a night full of depressing advertising, and it’s always nice to see normal-looking people in major campaigns. We can’t all be Victoria’s Secret angels.

In what is rumored to be the first feminine hygiene commercial in Super Bowl history, the #LikeAGirl commercial brought tears to viewers’ eyes with a strong message to young females watching the game.

This commercial becomes twenty times more impressive when you learn it was made by an indie filmmaker Graham Talbot with a budget of $1,200. Talbot is the most recent winner of Doritos’ annual commercial crowd-sourcing competition, which is in its ninth year.

All right, that’s enough – back to ignoring commercials for the next year.

END_OF_DOCUMENT_TOKEN_TO_BE_REPLACED

Enter to win a pair of tickets to attend The Hess Collection Seminar and Dinner as part of Boston Wine Festival 2018 at the Boston Harbor Hotel on Wednesday, March 14th. END_OF_DOCUMENT_TOKEN_TO_BE_REPLACED

Eric Wilbur had quite the story to tell. END_OF_DOCUMENT_TOKEN_TO_BE_REPLACED

Winding down 2017 in sports. END_OF_DOCUMENT_TOKEN_TO_BE_REPLACED

I referred to it as the “best kept secret” in Boston arts for the holidays. END_OF_DOCUMENT_TOKEN_TO_BE_REPLACED