The Bandwagoner: Why The Celtics Should Keep Being Care Bears 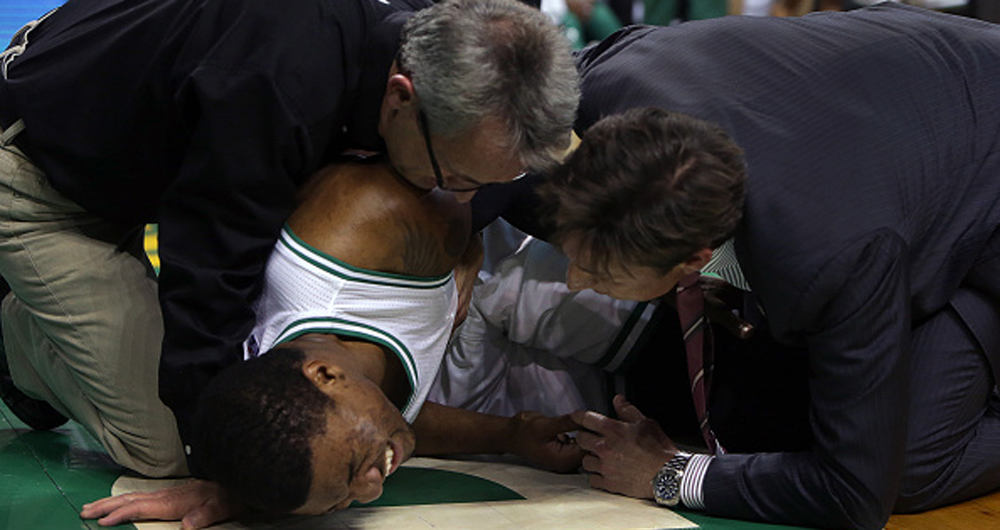 This week, we revisit some of the Boston Celtics’ moments of motherly love.

On Friday when the Celts took on the Indiana Pacers, TD Garden* rose up, donned a flowery apron and some oversized glasses, grabbed a gigantic first-aid kit from the hall closet, and became an overprotective mother again. At least, that’s what some would have you believe.

*That one building above North Station where all those weird people dressed in green go to on something called “Celtics game nights.” You and your commute might not like them very much, but that’s why we’re here to talk it out.

And for those who don’t like their mothers (read: those outside of Boston Celtics fans), this was a laughable thing.

Here’s what happened: Celtics rookie guard Marcus Smart, already one of the team’s few bright spots in a season heading straight for one of the Philadelphia 76ers Memorial bottom seeds, drove* to the basket early in the 4th quarter, and, well, did this:

*A term that roughly means, “dribble towards the basket really fast and do something amazing/get fouled/neither.”

It was already bad, as indicated by the screams easily being caught on film and reportedly reaching the upper decks. But then, the team brought out the stretcher, and the Garden grew silent. Smart was carried off, the game resumed, and the Celtics ended up winning 101-98.

Thankfully, it turned out to be nothing but a bad sprain. So we shouldn’t have brought out the stretcher, right? After all, Kobe Bryant* sank two free throws after a season-ending Achilles tear. Surely an ankle injury on the court doesn’t require WWII-era doctors to come hurtling out of the locker room with a stretcher and a priest performing last rites?

*The middle-aged actor wearing number 24 for the Lakers right now who is absolutely killing the role of “legendary athlete who doesn’t give a shit anymore.”

Like it or not, it brings certain people back to the last time the Celtics had, in hindsight, somewhat of an overreaction to a player’s injury. This one, to be exact.

See, in 2008, I was the only Celtics fan in my Southern California middle school* when Paul Pierce boarded The Chair (That) Rolled ‘Round The World, and I had to face a rather large amount of purple-and-gold-clad students the next day in the halls. Let me tell you guys, I wasn’t exactly Johnnie Cochran. I distinctly remember someone yelling at me, “WHEELCHAIR PIERCE HAHA MY ASS,” which was especially strange because I did not know the person yelling, and I wasn’t wearing a Celtics shirt. But it’s not like I had a good response. At that age, something like “They were just being cautious! He could have had an ACL injury or a knee contusion!” doesn’t exactly translate as well as something like “PAUL PIERCE IS A HUGE F—ING P—Y.” I mean, since they won that game and — eventually — the championship, all I did was smile and try to keep the peace.

(This is untrue. I threw back insults that were as hilariously uncreative as they were politically incorrect). But even now I remembered just how many people thought it was all a fake.

Nevermind, of course, that Pierce was literally stabbed 11 times in the face and neck at a nightclub in 2000 and didn’t miss a goddamn game that season. Or that he did this. Or, yuh know, won Finals MVP. Or that the rest of his Hall-of-Fame career is full of badass moments like that.

(Which reminds me, Paul eventually responded to ChairGate with this, which is still the highlight of Jimmy Kimmel’s career outside of the Celebrity Tweets segment.)

The point is, there’s no reason not to be cautious with any potential injuries like Smart’s or Pierce’s. Both athletes noted how it was precautionary, or how they either “felt something pop” or heard a noise, or something else equally scary.

I mean, If the Celtics’ training staff gets a reputation as a bunch of overprotective Care Bears, isn’t that a good thing? Screw it, let’s go all-out. I want giant Care Bear pins to be put on their polyester collared shirts every time they save a Celtic’s life. I want all players to wear diapers in the event of a bowel movement during the game, and I want Tommy Heinsohn to say, “Looks like Olynyk* is heading back to the locker room for a quick change,” with a straight face. I want a helicopter to airlift any Celtic who sneezes on the bench to the nearest Ebola clinic.

*That’s Kelly Olynyk, the promising Celtic center who answers the question, “What would it look like if you took a roadie from Blue Cheer’s late ‘60s touring period and cross-bred him with a mop?” 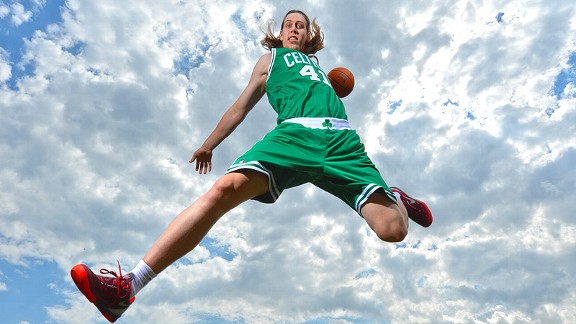 Look, Smart’s highlights so far this season resemble those linked above: steals leading to fast break points for the team. He’s a frightfully physical force on the *perimeter, and along with fellow “Bash Brother” (a terrible nickname, honestly) Avery Bradley, makes the Celtics’ backcourt in a potentially post-Rondo future a nightmare for opposing guards. He’s gonna be great.

*The colloquial term for defending the opposing team’s guards, who bring the ball up and generally move around the three-point line, the “perimeter” of the offensive end of the court. Not a military term.

So let’s not jump to the drama angle when something like this happens. Not for the Celtics, not for any team in the league. It’s just so much better when everyone recognizes that the players and staff are playing it safe.

I still want NBA-branded diapers, though.

Enter to win a pair of tickets to attend The Hess Collection Seminar and Dinner as part of Boston Wine Festival 2018 at the Boston Harbor Hotel on Wednesday, March 14th. END_OF_DOCUMENT_TOKEN_TO_BE_REPLACED

The Black and Gold continue their run tonight at TD Garden. END_OF_DOCUMENT_TOKEN_TO_BE_REPLACED

Who will make the Class of 2018? END_OF_DOCUMENT_TOKEN_TO_BE_REPLACED

It’s been awhile since we talked Black and Gold. END_OF_DOCUMENT_TOKEN_TO_BE_REPLACED

You’re going to wish you were in the Northern Alps. END_OF_DOCUMENT_TOKEN_TO_BE_REPLACED