The Bandwagoner: Refs Are ‘In’ Again, All Hail The Refs 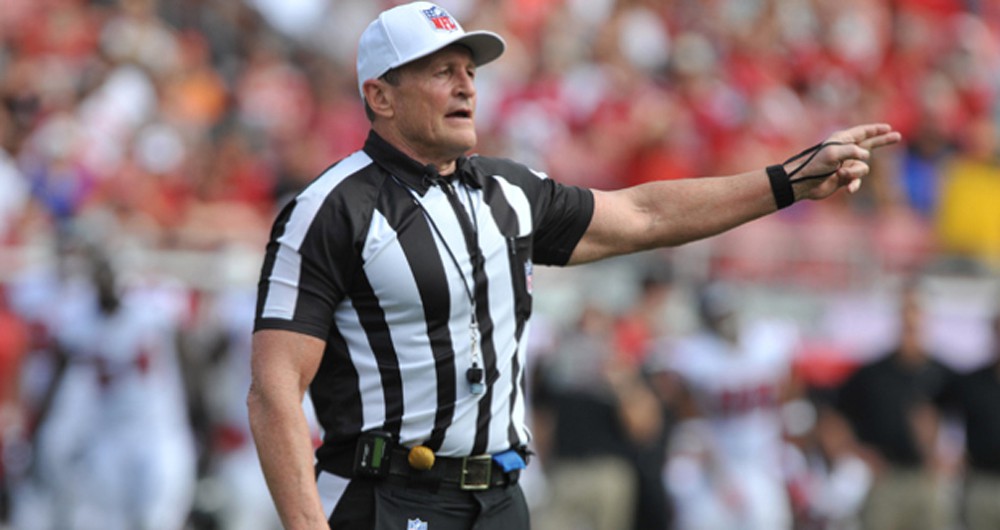 This week, we take a primer course of referee outrage, and wonder if it’s a bad thing in the first place.

*The bipedal zebras that make sure every single professional sporting contest goes according to the rules.

Referees are now as much of a cultural touchstone for us as anything else in the sports landscape. If you want to make a Halloween costume, you go for the refs. You need a new GIF to celebrate your birthday? You get the refs. You want to judge which whistle to buy? You check the refs.

More importantly, your team loses? You go for the refs.

The two most recent impetuses for your ref-centric philosophy are probably Dallas Cowboy Dez Bryant’s catch-that-wasn’t-a-catch against the Green Bay Packers in Sunday’s divisional round NFL playoff game, and last week’s picked up flag that contributed to the Lions’ loss against those same Cowboys.

You would have thought we would know how to handle ourselves by this point, or at least to expect it. After the NFL’s replacement referee debacle of last year — which now has its own Wikipedia entry that mentions Al Michaels’* finest moment, “That’s the loudest manure chant I’ve ever heard,” — you would think that we’d seen it all.

*The broadcaster who coined, “Do you believe in miracles? Yes!” from the 1980 Miracle on Ice at the Winter Olympics, and countless other moments in sports history. Basically, Al Michaels is going to be a better storytelling grandpa than anyone in history.

And we have, almost. Anger at referees has extended far beyond the scope of any North American professional sport, and for a longer period of time. Since the dawn of organized sport, referees have handled the unenviable task of calling the game according to a rulebook that the 300-plus pound athlete in front of him just tore apart with his teeth. Take note of your friends who’ve reffed at youth basketball or soccer leagues, and see the fear in their eyes when you ask them about demented parents.

But I’d argue that this is the first time we’re seeing such expectancy. The bar has submerged so low that we’ve employed James Cameron to find it. Sure, there’s no outright fixing on the folktale scale of Wyatt Earp — at least, not until someone threatens the twin national landmarks that are Ed Hochuli’s biceps — but we’re seeing a mass media acceptance as the backlash against referees becomes Twitterfied.

Have the refs earned this not-so-good distinction? Absolutely, yes. Is there a conspiracy? Not quite. But should this continue?

If the outcome of games that affect economies of entire cities is to be determined by people who do this, then let’s go all out. I want the ref Halloween costumes to come back in full force. I want mockumentary “Hard Knocks” episodes of refs blundering through their daily lives with abandon, forgetting to put on condoms, and arranging fixed games with FBI plants.

Let’s give these guys the publicity they want so badly.

The Black and Gold continue their run tonight at TD Garden. END_OF_DOCUMENT_TOKEN_TO_BE_REPLACED

Who will make the Class of 2018? END_OF_DOCUMENT_TOKEN_TO_BE_REPLACED

It’s been awhile since we talked Black and Gold. END_OF_DOCUMENT_TOKEN_TO_BE_REPLACED

You’re going to wish you were in the Northern Alps. END_OF_DOCUMENT_TOKEN_TO_BE_REPLACED

END_OF_DOCUMENT_TOKEN_TO_BE_REPLACED

Bill might be “on to Tennessee,” but we’re not. END_OF_DOCUMENT_TOKEN_TO_BE_REPLACED