The Bandwagoner: A College Football Playoff Preview Based On Things More Important Than Stats 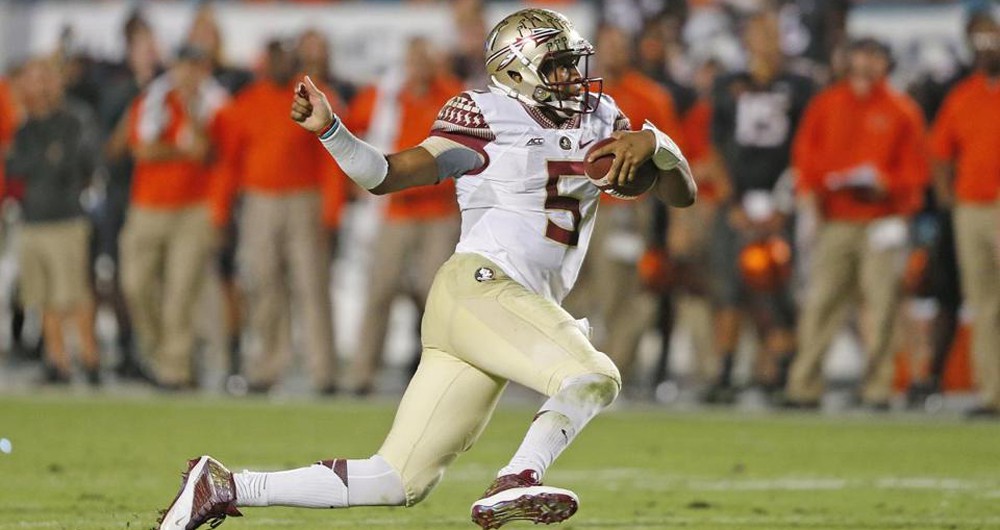 This week, we preview the College Football Playoff in a couple weeks. Somehow.

I actively avoid following college football with the intensity of a liberal college student avoiding Serial spoilers, so I’m a bit behind on things. (For the record, I’m on Episode 7 and feel like I’m in the Stone Age’s Stone Age because of that.) But this year has had plenty of storylines that don’t involve the sport itself at all, which I’m assuming is why you’re here.

Even if the actual sports storylines are too many and too complicated for you to sink your teeth into, the most pertinent one is the onset of an actual playoff system. And that’s a big honkin’ deal for everyone, including the people you’re about to spend Christmas with. The four-team playoff begins on January 1st.

I don’t like college football because I don’t like watching things that I couldn’t make money* on if I were qualified to do them. But the advent of a playoff system at least expands the window of monetary corruption to include four teams, and not the two previously designated as worthy by the HAL-9000s behind the BCS**.

*NCAA athletes are not paid for their work on the field in any official capacity. Coincidentally, money is also the thing that stuffs NCAA President Mark Emmert’s pillows on his king-sized bed in his guestroom of the SEC’s corporate offices.
**The former method of deciding who would play the national championship game.

But the playoff is here, finally, and in the biggest case of the NCAA getting something right for the first time, the selection is still pissing everybody off in just the right way (Thank goodness). This is what’s going to make your aforementioned Christmas guests go off on their legendary tangents.

Let’s see what these teams can do for us, and for your conversation topics.

Reasons to root for Oregon:

1) They have an entire Nike assembly line dedicated to making uniforms for every occasion. (Which, pending your feelings on normcore, are the most significant fashion developments since JNCOs.)
2) They’re, like, super fast. Not quite Chip Kelly fast, but still fast.
3) Quarterback Marcus Mariota won the Heisman Trophy*, and as such is qualified to conquer the Florida State defense.

* The trophy given to the best quarterback player of the season.

Reasons to root for Florida State:

1) They possess the innate quality to piss people off, which as the 2001 Miami Hurricanes know, is the real key to success, and/or selling your soul to the devil to gain that success.
2) You can argue that karma doesn’t exist in any metaphysical form. So, there’s that.
3) Quarterback Jameis Winston is the reigning Heisman Trophy winner, and as such is qualified to conquer the Florida State legal defense.

Reasons to root for Alabama: 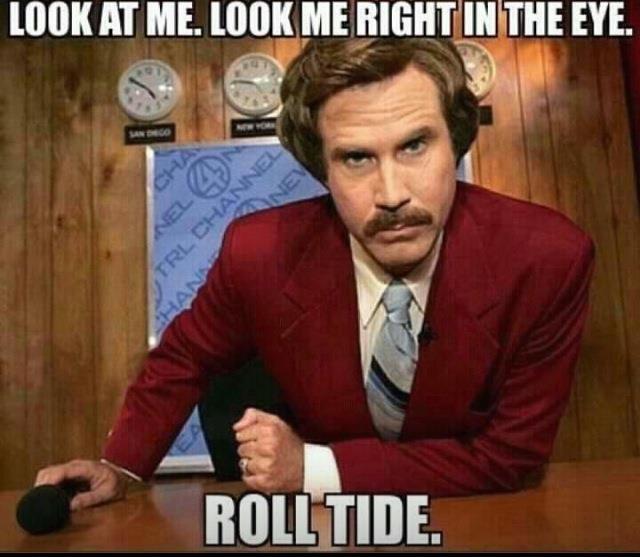 1) Nick Saban* is due for some fake smiles.
2) When you watch “The Empire Strikes Back,” you side with Darth Vader as he cuts off his own son’s arm.
3) You don’t like change.
4) You’re from the part of Alabama that likes the other team from Alabama, and are currently crafting a hate letter to me right now.

* The Alabama coach who inspires incredible literature purely on the basis of his lack of happiness in the face of extreme victory.

Reasons to root for Ohio State:

PREDICTION: Ohio State wins by a score of Tebow to 12. God help ‘Bama.

The Black and Gold continue their run tonight at TD Garden. END_OF_DOCUMENT_TOKEN_TO_BE_REPLACED

Who will make the Class of 2018? END_OF_DOCUMENT_TOKEN_TO_BE_REPLACED

It’s been awhile since we talked Black and Gold. END_OF_DOCUMENT_TOKEN_TO_BE_REPLACED

You’re going to wish you were in the Northern Alps. END_OF_DOCUMENT_TOKEN_TO_BE_REPLACED

END_OF_DOCUMENT_TOKEN_TO_BE_REPLACED

Bill might be “on to Tennessee,” but we’re not. END_OF_DOCUMENT_TOKEN_TO_BE_REPLACED