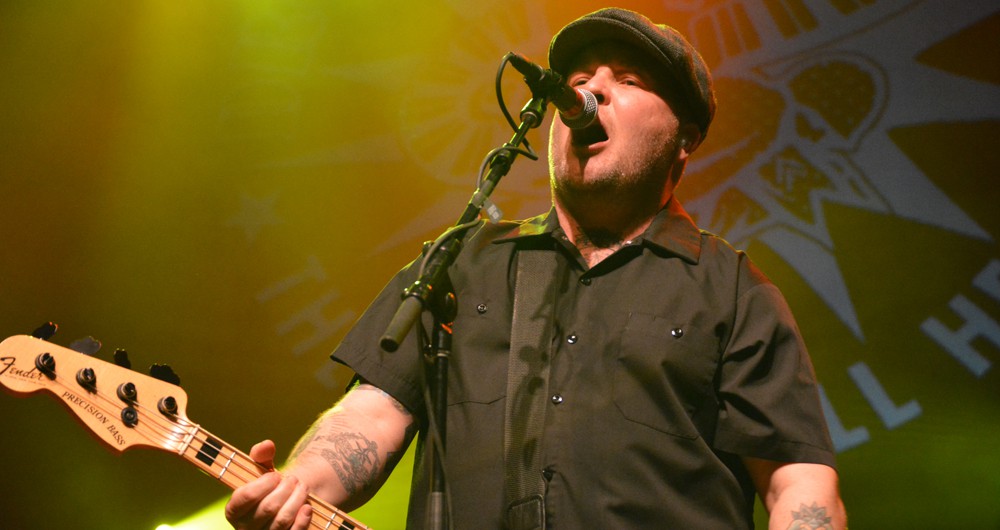 Boston is a city known for it’s Irish heritage, and it’s celebration of it. Two main traditions have held strong in Boston: the St. Patrick’s Day Breakfast and subsequent Parade. But I argue there is a third now: seeing the Dropkick Murphys at the House of Blues during their multi-night March Residency.

The Dropkicks have played sets around St. Patricks Day in Boston since 2001. The venues changed over the years, some favorites being the Avalon and The Brighton Music Hall back when it was Harper’s Ferry. But this will mark the Celtic Punk Band’s 7th year holding their run of St. Patrick’s Day shows at the House Of Blues. A ticket to one of these shows is one of the most coveted in Boston, with some scalpers putting up floor seats for over a thousand dollars. At the show you will hear the classic hits they’ve become known for, a good amount of local sports anthems, liberal fight songs, and covers of some of the most famous traditional Irish folk songs.

And it is these Irish folk songs that they have become most famous for covering. Most of them fall into one of two categories. One is the lament; a sad tale of war, famine, poverty or immigration. The others are tales of rebel rousing that can be heard in bars in Dublin, Dingle and Dorchester alike. Most of their albums feature at least one cover of a traditional Irish Folk songs. Sometimes, the band stays pretty close to the original (“The Wild Rover”, “The Fighting 69th”, “The Green Fields Of France”, and “Finnegan’s Wake”). The covers featured in this list are songs that the Dropkick’s have put their own personal stamp on. With this being said, here is my list of the best Dropkick Murphys Celtic covers.

This song is a story about a man who must say goodbye to his family, since he is being exiled to Australia for stealing food in the time of the famine. This is my favorite cover for many reasons, a big one being that Ken Casey’s voice is perfect for this song. However, I’d say the biggest reason why this is my number one is because nothing is lost in translation. The powerful emotional sentiment behind the song gets through in both the original and The Dropkicks cover.

The Dropkicks masterfully retell the story of a party getting out of hand in their fan favorite, “(F)lannigan’s Ball.” It’s a cover of “Lannigan’s Ball,” a traditional Irish folk song in all senses of the word. The band tweaks the lyrics to Massachusetts geography and modern names. This is one of my favorite covers, mainly because it is equal parts Celtic and punk.

The Dropkick Murphy’s “Captain Kelly’s Kitchen” is a cover of “Courtin’ In The Kitchen”; a somewhat silly song about a man who enters a forbidden romance with his boss’s daughter. Quite simply, the Dropkicks give this song the kick that it needs to make it a great and jolly tune.

The Dropkicks make “Black Velvet Band” their own by rearranging the lyrics to have the song set in Massachusetts. The song is improved by the band’s change in tempo and addition of guitars. Ken Casey’s voice has the ability to remind the listener of the more depressing sentiment behind the lyrics.

“Johnny I Hardly Knew Ya” is sung from the perspective of a woman who runs into her former love who went off in battle long ago. The song has deep political meanings, and is arranged with beautiful flutes and solid harmonies. However, as most DKM fans know, it is a great punk song to mosh to as well.

“Spancil Hill”, follows the story of an Irishman Johnny, who immigrated to California to find gold. The song is sung in a sorrowful manner, featuring soft strings and woodwinds. The Dropkick’s cover, “Fairmount Hill”, still has a melancholy feeling, but with a punk tone; employing electric guitars and drums. As to be expected, the Dropkicks rearrange the lyrics, so their song Follows Andy, an Irish-Bostonian that lands in California.

I find this song to be something of a right of passage for Irish artists. From a technical standpoint, it is an incredibly difficult song to sing and play well, and if you can, then your band belongs in an elite class of traditional Irish Musicians. The Dropkick Murphy’s checked the box by proving their very own version.

Perry Eaton writes for Boston.com. Perry Eaton talks on the radio with me from time to time. Today, he talked to me about what he’s been listening to and some upcoming shows and festivals worth checking out. Click here to read more. END_OF_DOCUMENT_TOKEN_TO_BE_REPLACED

In some ways, Palehound has always had a home in Boston. END_OF_DOCUMENT_TOKEN_TO_BE_REPLACED

Kal Marks is the kind of band that sneaks up on you. Whether you’re experiencing them at some basement show in Allston, or in an opening set for Pile at Great Scott, you may not see them coming, but they’ll immediately click. The combination of heavy sludgy riffs and lead singer Carl Shane’s unique crooning bowls you over. It’s dark and it’s compelling, but most importantly, it’s really earnest. END_OF_DOCUMENT_TOKEN_TO_BE_REPLACED

It’s not very often that some of the most talented performers in Boston are set to grace the same stage in a single night. This Sunday marks the 1 year anniversary of Mind Spray, a local hip-hop open mic and showcase series devised by promotion and booking company The Brain Trust. END_OF_DOCUMENT_TOKEN_TO_BE_REPLACED

There’s been a lot written about Street Dogs evicting a group of neo-Nazis from the pit at their House of Blues, Anaheim show on St. Patrick’s Day. You don’t need to read any of it. Just listen to front man Mike McColgan tell the story. He talks about joining his old band, Dropkick Murphys, on stage in Boston last week, too. END_OF_DOCUMENT_TOKEN_TO_BE_REPLACED

It’s not her best. END_OF_DOCUMENT_TOKEN_TO_BE_REPLACED

When in Nashville, do as the locals do. Since relocating to Tennessee a few months ago, this seems to have been Steven Tyler of Aerosmith’s approach after announcing in an October Twitter Q&A session that he intended to record a country album, an endeavor he’s well in the process of completing. END_OF_DOCUMENT_TOKEN_TO_BE_REPLACED

“I’m Shipping Up To Boston” just turned ten years old. Boston.com’s Matt Juul put this piece together on the history and significance of the Dropkick Murphys song, then joined me in studio to talk about it. END_OF_DOCUMENT_TOKEN_TO_BE_REPLACED

Sure, you might see a punk show on Monday and a chillwave band on Thursday and so on, but usually you favor one sound over another because you’re a busy bee and time is honey. It’s been the same for years, and the Prefab Messiahs can vouch. END_OF_DOCUMENT_TOKEN_TO_BE_REPLACED