Take My Advice: How Do I Deal With Hating My Friend’s Girlfriend? 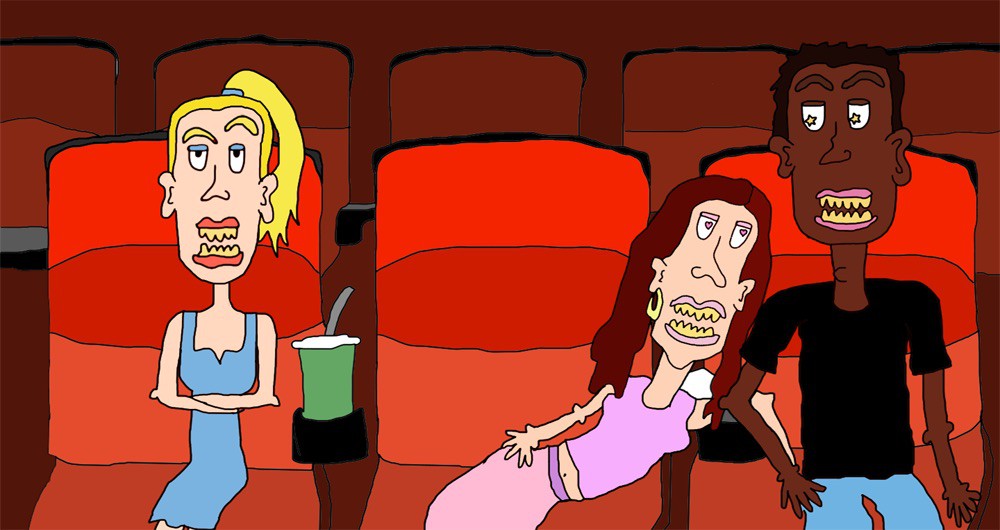 I have an awesome friend who just started dating an awful girl. Before they got together she befriended mutual friends solely to get him to start dating her, then ditched them as soon as she had him. Now she acts sulky at group events if he isn’t always paying her attention, and is rude to anyone who can’t directly benefit her, especially girls. She’s not someone I want to be around if I can help it.

Sounds like she isn’t the only one acting sulky.

I’m sorry you hate your friend’s girlfriend, especially if she really is as awful as you say (I could be wrong, but I’m detecting a bit of “I don’t want him but you can’t have him” cross-gender friendship jealousy coming off of you, so it’s possible she’s only MOSTLY terrible).

But you have to acknowledge another problem: your friend’s taste. He’s chosen this terrible person as his partner, and is (so far) sticking with her despite evident awfulness.

Anything you say about her is going to reflect negatively on him for making that choice (even “you got duped” is pretty insulting, let’s be honest). That’s probably a huge part of the reason so many of us hate hearing negatives about our partners in the first place (okay, fine, also love, but there is definitely an element of self-love, too).

You can’t cut her out from invitations–it would be shockingly rude, and it would most likely turn your friend against you.

If you feel compelled to take action, though, you can do one of two things:

Ask him to occasional low-key one-on-one things, like a coffee or lunch (something people don’t usually attend as a couple), in order to maintain the friendship, and wait this girl out, at which point you can tell him what you observed.

Or tell him what you think now.

Let’s be clear: I don’t advise the second route, for purely practical reasons. People shoot messengers all the time, and until he’s ready to ditch her on his own, he’s not likely to want to hear any negatives about this girl. Forcing them on him COULD result in him seeing the light…but it’s more likely to end with him kicking you to the curb.

Permanently. Even if the relationship ends, chances are the chilliness between you won’t. Sorry, but them’s the breaks.

So bite your tongue, invite the couple to the largest-group affairs , where you have a good chance to avoid her, set up occasional low-key playdates, and hope for the best.

Or, better yet, if you really care about this guy, accept that he might choose to care about terrible people. If you can’t handle that, then you should move on from the friendship.

It was great having Meredith Goldstein back in studio this morning to talk about the latest edition of Love Letters. Listen to our chat and you’ll figure out why I chose the song I chose to go along with today’s letter. END_OF_DOCUMENT_TOKEN_TO_BE_REPLACED

I’m in my mid-twenties, and I’ve been working as a substitute teacher for the last couple years (I joined Teach for America right out of college). I know some of the girls in classes I teach have crushes on me — high schoolers aren’t very subtle — but I brush it off, because I’m not an idiot. Last week, however, I got a disturbing email from a girl in the English class I subbed for. Pictures were attached. You get the gist. What do I do about this situation? I obviously haven’t responded, but I’m afraid she might go Lifetime-movie on me. END_OF_DOCUMENT_TOKEN_TO_BE_REPLACED

Ridiculous doesn’t even begin to capture all that transpired, from the storm of emojis to the storming and barricading of Jordan’s house by a cavalcade of Clippers. END_OF_DOCUMENT_TOKEN_TO_BE_REPLACED

My friend has a dog, and she’s always been kind of half-assed about caring for it. I’ll see her out at a party or a barbeque all day long, so I know the dog is home alone, and sometimes she goes out right after she finishes a shift (she’s a waitress, so that might be pretty late), without even going home to feed the dog or let it out. The other day, though, I went over to her house and realized things have crossed a line. There were piles of dog feces in a couple of corners, and the entryway rug was soaked in urine when we walked in. She laughed it off and called the dog naughty, then cleaned up the poop and basically ignored it. I’m worried about the puppy, and about my friend; what kind of person does that to an animal? Should I call animal control on her? END_OF_DOCUMENT_TOKEN_TO_BE_REPLACED

My friend drives drunk. A lot. And not just “one drink too many” drunk, more like “in obviously rough shape” drunk. It not only makes me scared for her, it makes me angry: She could hurt herself or someone else, and there’s really no excuse in the era of Uber. I’ve tried talking to her about it, but she brushes it off or claims she won’t do it again, but then does, anyway. I’ve been tempted to call the cops on her just to get her to stop doing this. How do I convince her it’s not worth it before something terrible happens?  END_OF_DOCUMENT_TOKEN_TO_BE_REPLACED

Earlier this month, we posted a story about Rob, a man falsely accused of being a sex offender. END_OF_DOCUMENT_TOKEN_TO_BE_REPLACED

It’s also one that the NFL’s report can’t properly answer. Nor can the New York Daily News, despite its screaming front pages. END_OF_DOCUMENT_TOKEN_TO_BE_REPLACED