‘Super Troopers 2’ Is Finally Going to Happen (With Your Help) 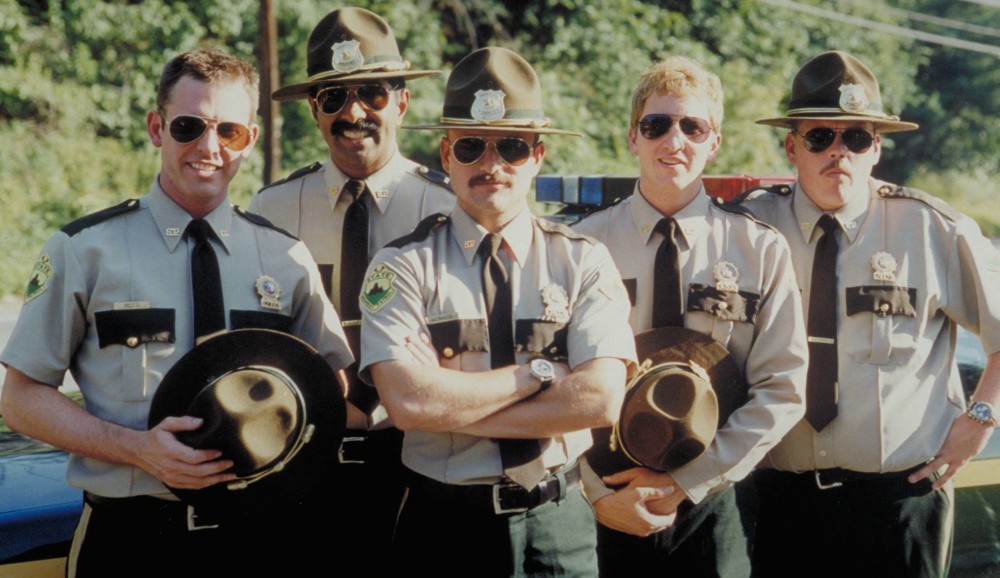 Super Troopers, a small-budget 2001 movie from comedy troupe Broken Lizard about a buffoonish group of Vermont state troopers, earned its spot on dorm DVD shelfs nationwide with its outlandish antics and endlessly quotable dialogue. Now, one of the great cult comedy hits of the 2000s is finally getting a sequel — if its fans can help raise the money.

The boys of Broken Lizard launched an Indiegogo campaign for the film yesterday, offering traditional perks like signed posters and Twitter shoutouts along with unique oddities like owning the police car used for filming or having Broken Lizard stand at your wedding as groomsmen.

Considering the film’s ardent following, it’s unsurprising that the campaign has already raised nearly $1.6 million of its $2 million goal in less than 24 hours, and that someone already shelled out the $35,000 needed to claim the patrol car reward.

With a month to go, Broken Lizard will likely continue raising money past the $2 million mark, so they can add, as they put it, “more action, more cameos, more shenanigans, and fine, more Farva.” 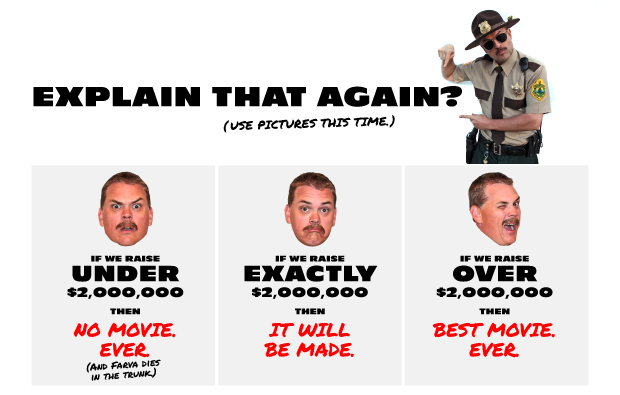 To celebrate, let’s grab a liter of cola and watch the classic opening scene from Super Troopers that set the tone for all the subsequent hijinks.

Golden Globe and Emmy nominee Benjamin Wallfisch is the composer responsible for the score of the hit movie IT. I talked to Ben about his approach to scoring the new version of this iconic story and his thoughts on film and music overall. Some very insightful commentary; listen in. END_OF_DOCUMENT_TOKEN_TO_BE_REPLACED

Rupert Gregson-Williams is an award-winning film composer. He just so happened to compose the score for this summer’s big blockbuster Wonder Woman. We talked about his beginnings in film scoring, film scores that move and inspire him and, of course, Wonder Woman. END_OF_DOCUMENT_TOKEN_TO_BE_REPLACED

Jeff Rapsis is a New England-based composer and performer. Lately, he’s been creating live musical scores for silent film screenings. I talked to him about his process and a few of his upcoming performances at The Capitol Theatre in Arlington and the Somerville Theatre. You can keep track of where else Jeff is scoring silent films here. END_OF_DOCUMENT_TOKEN_TO_BE_REPLACED

Comedian Myq Kaplan is a comedian named Myq Kaplan. He joined me in studio this afternoon, and he’s at Laugh Boston this weekend. Click here for tickets. END_OF_DOCUMENT_TOKEN_TO_BE_REPLACED

Planning on seeing Rogue One: A Star Wars Story when it opens this weekend? I joined Adam 12 to give you an idea of what to expect. But don’t worry, I didn’t give anything away. END_OF_DOCUMENT_TOKEN_TO_BE_REPLACED

My goodness, I love Sue Costello. It was great having her back in studio today to talk about her one-woman show, #IAmSueCostello, playing tonight at the Revere Hotel. Click here for tickets. END_OF_DOCUMENT_TOKEN_TO_BE_REPLACED

Trump Takes On…Boston! is running now through election night at Laugh Boston. David Carl was back in studio this afternoon to talk about bringing Donald Trump to the stage, the cathartic element (for both him and the audience) and how audiences have been reacting so far. END_OF_DOCUMENT_TOKEN_TO_BE_REPLACED

Trump Takes On…Boston! has arrived at Laugh Boston. I had comedian David Carl, who is portraying Trump, in studio this morning to talk about the show. END_OF_DOCUMENT_TOKEN_TO_BE_REPLACED