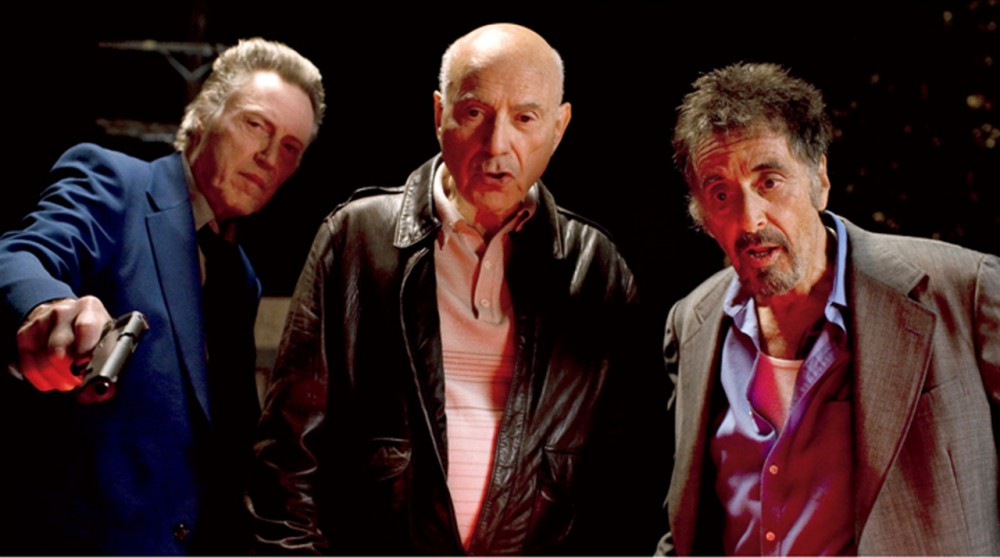 Thanks to the holidays, many of you are recent recipients of brand new Netflix accounts. Hooray for you because this weekend, there’s a whole lot to discover on the streaming library. Check out one of many new thrilling documentaries or if you’re looking for something really bizarre, that kid from “Malcolm in the Middle” is in a really bad-looking sci-fi flick.

If you’re looking for “Meatballs 5,” look elsewhere, because this isn’t your good old summer camp movie. Instead, “Camp” takes a turn for the dramatic side, following a financial advisor who volunteers at a camp for foster children for all the wrong reasons and ends up forming a bond with one particular young boy from a broken home.

Alex Chilton is now considered one of the great songwriters of the ’70s, but his band Big Star was considered nothing short of a commercial flop in its heyday. Follow the short rise, great fall, and enormous cult legacy left by the band in this stellar documentary.

Ricky Jay is a renowned magician, actor, performer, and all-around enigmatic personality. This documentary aims to get into his puzzling mind and discover the world of magic, narrated by the man himself.

This blockbuster about a ship haunted by the ominous spirits of a surrounding fog may have seen some box office success, but Christy Lemire of the Associated Press called the film, “pretty unnecessary,” and she wasn’t the only one with thumbs down.

While this movie is labeled a dramedy, it’s difficult to take it very seriously at all, but that just might be the fun of it. Christopher Walken and Al Pacino star in this tale about three old friends released from prison and haunted by lingering dirty work.

If you’re in need of a dose of ridiculousness, look no further. Frankie Muniz is all grown up in this sci-fi TV movie about frat boys on spring break in Vegas who unleash an evil sandstorm curse by stealing a fabled ancient sword.

This documentary might not be for the faint of heart or the weak of stomach, but it will certainly open your eyes to the unshocking but disappointing corporate exploitations of the food industry and the effects that they have on the food we put in our tummies. Watch this now and you can be that person at the New Year’s Eve party telling everybody how everything they’re putting in their systems is both harmful and shameful. YES!

An in-depth look at the New York village that bred some of the most iconic and some of the most overlooked music of the ’60s. The film includes a ton of archival footage including interviews and performances by the artists who defined the neighborhood.

Golden Globe and Emmy nominee Benjamin Wallfisch is the composer responsible for the score of the hit movie IT. I talked to Ben about his approach to scoring the new version of this iconic story and his thoughts on film and music overall. Some very insightful commentary; listen in. END_OF_DOCUMENT_TOKEN_TO_BE_REPLACED

Rupert Gregson-Williams is an award-winning film composer. He just so happened to compose the score for this summer’s big blockbuster Wonder Woman. We talked about his beginnings in film scoring, film scores that move and inspire him and, of course, Wonder Woman. END_OF_DOCUMENT_TOKEN_TO_BE_REPLACED

Jeff Rapsis is a New England-based composer and performer. Lately, he’s been creating live musical scores for silent film screenings. I talked to him about his process and a few of his upcoming performances at The Capitol Theatre in Arlington and the Somerville Theatre. You can keep track of where else Jeff is scoring silent films here. END_OF_DOCUMENT_TOKEN_TO_BE_REPLACED

Planning on seeing Rogue One: A Star Wars Story when it opens this weekend? I joined Adam 12 to give you an idea of what to expect. But don’t worry, I didn’t give anything away. END_OF_DOCUMENT_TOKEN_TO_BE_REPLACED

No, not from afar, from the comfort of her couch. From the actual awards themselves. That’s where Meredith Goldstein was for the Oscars. She shared all the juicy, first-hand details with me. END_OF_DOCUMENT_TOKEN_TO_BE_REPLACED

To celebrate the opening of ‘The Force Awakens,’ I had some very special guests in studio to start the Thursday, December 17 edition of The Brink. Listen. END_OF_DOCUMENT_TOKEN_TO_BE_REPLACED

Watching the new Star Wars trailer a million times gave us all sorts of feels. And one of those feels was nostalgia. END_OF_DOCUMENT_TOKEN_TO_BE_REPLACED

END_OF_DOCUMENT_TOKEN_TO_BE_REPLACED

If you’ve finally finished crying over Inside Out — or Lava, the short that ran before it — Pixar is readying another assault on your tear ducts with The Good Dinosaur, if its newly released trailer is any indication. END_OF_DOCUMENT_TOKEN_TO_BE_REPLACED