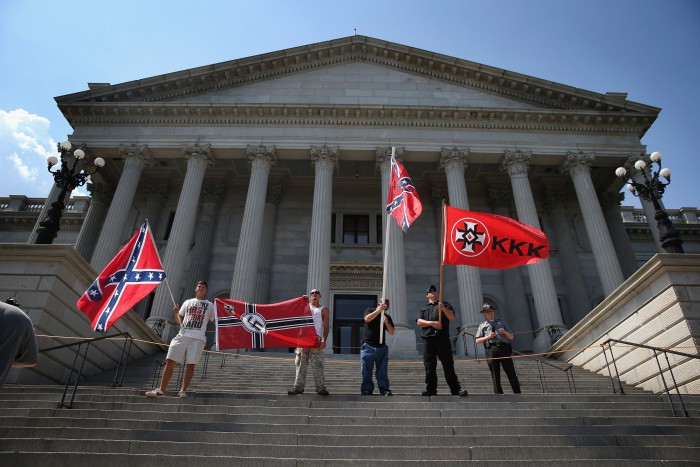 South Carolina Public Safety estimated that, between Klan members and counter-protesters, almost 2,000 people were at the demonstration.

With hot tempers and hotter temperatures, violence broke out.

Violence has broken out at the KKK rally on the state grounds #ColumbiaSC pic.twitter.com/YbcRnyNZjw

But amid the tensions, a single act of selflessness — a black officer helping a white supremacist suffering from heat exhaustion — got noticed.

not an uncommon example of humanity in SC: Leroy Smith helps white supremacist to shelter & water as heat bears down. pic.twitter.com/GoF23r3mRe

The officer was identified as South Carolina Director of Public Safety Leroy Smith, a 22-year law enforcement veteran who joined the SCDPS as Director in 2011.

People on social media lauded Smith’s ability to do his job in difficult circumstances.

@RobGodfrey What this officer did is infinitely more powerful than anything wrought of hatred. A short life, let love win. #ElAmorGana

.@RobGodfrey @robgreeneII This is why smart folk say, "I haven't the energy to hate."

@bijancbayne @RobGodfrey @robgreeneII This kindness chokes me up. How do SC people find that well of caring in the midst of so much hatred?

Monday morning, Smith released a statement, saying he was surprised the photo had gone viral, and that as the agency’s director, his job is to “preserve and protect,” just like every other officer.

“Our men and women in uniform are on the front lines every day helping people—regardless of the person’s skin color, nationality, or beliefs,” Smith continued in the statement.

“I am proud to serve this great State, and I hope this photo will be a catalyst for people to work to overcome some of the hatred and violence we have seen in our country in recent weeks.” 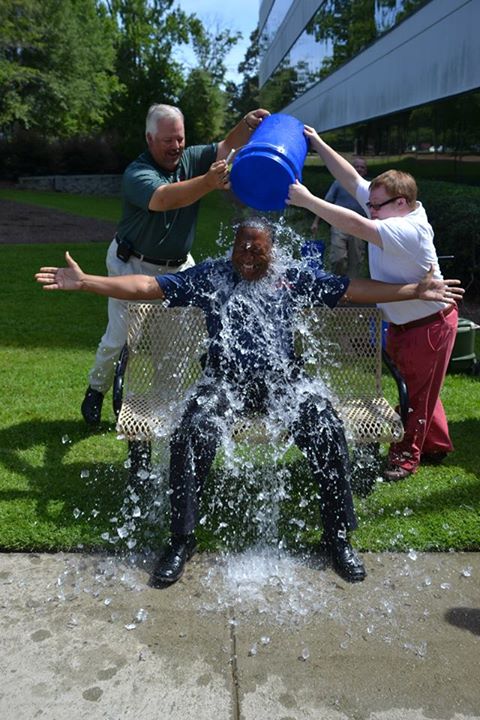 Chef David Vargas, Owner of Vida Cantina in Portsmouth, NH is hosting a one-time-only event that he created to raise money for foundations supporting immigrant workers and their families. He joined me in studio with Chef Daniel Bojorquez of La Brasa in Somerville to talk about Si Se Puede – Yes We Can Dinner on Sunday, April 2. END_OF_DOCUMENT_TOKEN_TO_BE_REPLACED

While many have called out Davis since a video of her refusing to issue a marriage license to Rowan County residents David Moore and David Ermold went viral in July, relationship columnist and gay activist Dan Savage went a step further on MSNBC Tuesday night, saying that “this is about someone hypocritcally looking to cash in”. He added: “And she is a hypocrite.” END_OF_DOCUMENT_TOKEN_TO_BE_REPLACED

END_OF_DOCUMENT_TOKEN_TO_BE_REPLACED

David Filipov was part of the team that headed up the Boston Globe/Fox25 Olympic Debate last night. He offered his takeaways and analysis after an update on the latest exchange between Governor Baker and the USOC. All in all, our conversation does a pretty good job of getting you up-to-speed on all things Boston2024. END_OF_DOCUMENT_TOKEN_TO_BE_REPLACED