Snowstorm Of People Freaking Out About #Blizzardof2015 On Twitter 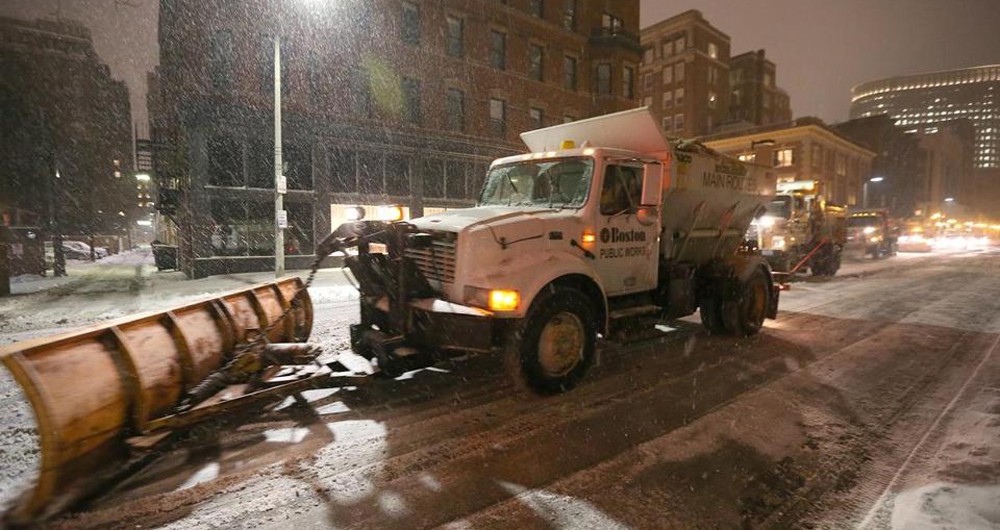 The blizzard we’ve all been waiting for is among us. Most of us are probably hibernating from the arctic tundra outside our window, happily obliging to indoor advisories. While some are perfectly calm, others took to Twitter to share their fears and concerns about the #snowpacalypse.

People are not just starting to freak out today. It most likely started yesterday, if not earlier, when Bostonians began clearing the food off every possible shelf and stocking up their refrigerators.

Some definitely have their priorities right on point. Cookie dough is a food group, right?

My mom told me to prepare for the blizzard so I bought a massive bin of cookie dough. — Taylor Rosenberger (@TaylorJRose) January 26, 2015

As if the weather wasn’t enough of an issue, the madness surged when Facebook went offline for just over an hour.

Facebook is down,instagram is down, blizzard is hitting the east coast are these signs of the apocalypse?

It was a real tragedy.

But thankfully, it didn’t last too long.

Our brief national nightmare is over: Facebook appears to be back online: http://t.co/6fdKLamxpq

Now that Facebook is up and running again, people quickly returned tweeting about the weather. But, of course it has nothing to do with Mother Nature.

But, clearly not everyone was sympathetic to snow storm Juno.

The east coast has always been a drama queen when it comes to snowfall. The midwest routinely deals with storms much worse than theirs.

Regardless, there’s only one way to survive this snowstorm.

Im staying in my warm bed all day Idc Idc

And Boston, remember to keep your car parked, and with a bit of luck, it won’t be completely covered with a blanket of snow.

Enter to win a pair of tickets to attend The Hess Collection Seminar and Dinner as part of Boston Wine Festival 2018 at the Boston Harbor Hotel on Wednesday, March 14th. END_OF_DOCUMENT_TOKEN_TO_BE_REPLACED

When he’s not running BostonTweet (or running the Boston Marathon), Tom O’Keefe is running around promoting Flutter. He was in studio with SumuApp co-founder Daniel Tewfik earlier today to talk about how you can win free rent for a year in Boston. END_OF_DOCUMENT_TOKEN_TO_BE_REPLACED

Boston band Funeral Advantage is Tyler Kershaw. And Tyler Kershaw had a fun childhood, so it seems. END_OF_DOCUMENT_TOKEN_TO_BE_REPLACED

Perry put me on to daephne and the album blew my mind. END_OF_DOCUMENT_TOKEN_TO_BE_REPLACED