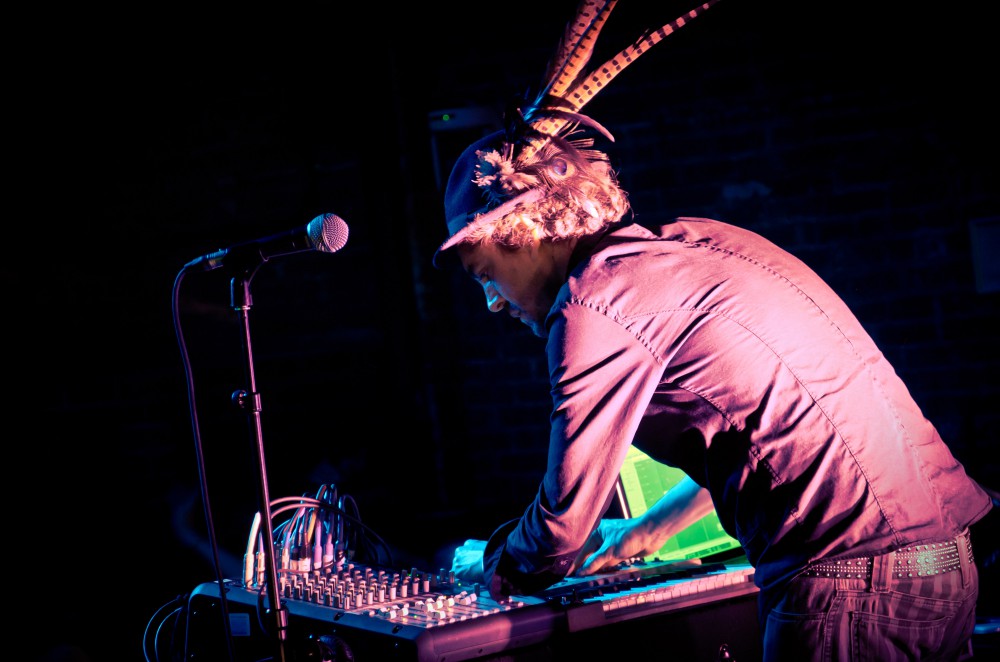 The big names may not dominate this week’s concert schedule, but we can guarantee you one thing: If you like to dance, you’ll find a good show. Whether it’s dancing like one of those dirty hippies with glowsticks to Shpongle, vibing hard to some reggae at Church, or getting a little rowdy to some hardcore at Roggie’s, there’s movements to be made this week.

Nashville grindcore punks Yautja bring its heavy sounds up north, touring in support of the band’s upcoming album “Songs of Descent.” The trio will be at Roggie’s in Cleveland Circle for an early show with New Hampshire’s Blokkade and a crew of locals (with Intheshit, Trespasser, and Thronehunter; 6:30 p.m., $5, 21+). If that’s a bit too heavy for your delicate soul, Brooklyn-based baroque pop collective San Fermin will make a stop at Brighton Music Hall along with local rockers Friendly People (7:30 p.m., $12, 18+). For some more sounds from the basement, head to Charlie’s Kitchen in Harvard Square and catch Allston duo Miami Doritos along with a Saralee side project Buttercup (with Ian; 9 p.m., $5, 21+). At TT’s, Jamaica Plain’s ACLU Benefit will play alongside The Dying Falls, Young & Old, and The Double Stops (8:30 p.m., $8, 18+).

Brighton Music Hall hosts Los Angeles troubadour Jonathan Wilson, who shares the stage with openers The Blank Tapes (8 p.m., $15, 18+). Downstairs at The Middle East, Colorado activist poet Andrea Gibson will perform along with a set from Shira E, who was originally a western Mass. musician, but now produces her own brand of electro-funk in Brooklyn (8 p.m., $12, all ages).

Shpongle, the experimental electronic project of DJ Simon Posford, will be at House of Blues touring behind a new album, “Museum of Consciousness.” The act has always been known for oddly dancey and visual performances, which is why it continues to pack big venues (8 p.m., $25-35, 18+). The dancing continues down the street at Church, where local reggae monsters 8 Feet Tall will lead a bill that also includes North Shore funk collective Big Ol’ Dirty Bucket (with Street Chalk and Funky Dawgz Brass Band; 8 p.m., $10, 21+). Drunkenlove at Good Life features DJ sets from 4Hunna and DJ Boss, as well as a live set from Codered the Trendsetter (10 p.m., $10, 21+).

Enter to win tickets to see Trio Da Kali at The Villa Victoria Center of the Arts (Newton, MA) on April 10th. END_OF_DOCUMENT_TOKEN_TO_BE_REPLACED

END_OF_DOCUMENT_TOKEN_TO_BE_REPLACED

Enter to win tickets to Rhye at The Paradise on February 28th. END_OF_DOCUMENT_TOKEN_TO_BE_REPLACED

END_OF_DOCUMENT_TOKEN_TO_BE_REPLACED

Enter to win a pair of tickets to attend The Hess Collection Seminar and Dinner as part of Boston Wine Festival 2018 at the Boston Harbor Hotel on Wednesday, March 14th. END_OF_DOCUMENT_TOKEN_TO_BE_REPLACED

Her new album has been pushed back, but we have Kimbra’s new single for you. END_OF_DOCUMENT_TOKEN_TO_BE_REPLACED

The folk duo returns with a new record this week. END_OF_DOCUMENT_TOKEN_TO_BE_REPLACED

Now that we’re done looking back at 2017, let’s look ahead at 2018. END_OF_DOCUMENT_TOKEN_TO_BE_REPLACED