Scott Stapp is the most hated man in rock, and he does little to help change that 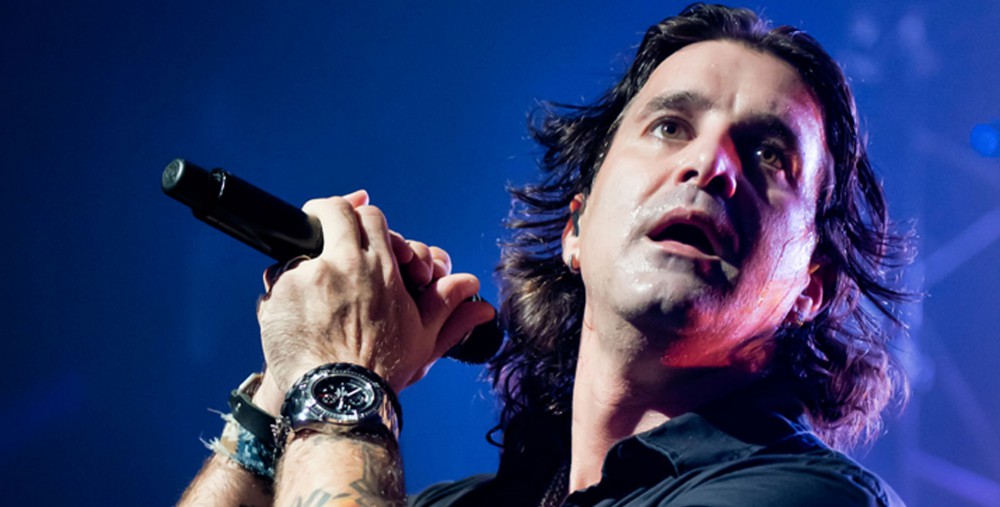 I have seen Creed in concert twice.

These experiences do not make me terribly unique. Fifteen-ish years ago, Creed was one of the most profitable rock bands in existence. The Florida-spawned butt-rock institution amassed a gargantuan following during that time, which means numerous Creed fans have gone to just as many, if not several more Creed concerts than I have.

But I am the only living creature I know personally who’s been to any Creed concerts. Among my friends and professional colleagues, the consensus is that Creed isn’t worth any price of admission or any time and energy expenditure needed to travel to any venue housing a Creed performance, because Creed is the worst.

I have also spoken to Creed’s lead-bellower Scott Stapp – arguably the most ridiculed man in rock – on the phone for almost three minutes. My idea was to ask him how he copes with all the negative press he’s inspired throughout his career. These days, anyone who posts anything on the internet has to deal with strangers telling them they suck, but strangers have been telling Stapp he sucks since before the web was even a thing. Perhaps he could provide sage-like advice for someone who, let’s say, writes an article for the BDCWire that garners a few nasty comments, or so I thought.

I explained the premise of my questioning to his management a couple of times, and although they swear a flimsy connection caused our chat to abruptly and prematurely conclude, I would not be shocked if, in actuality, Stapp decided he didn’t want to play ball after all and hung up. Why wouldn’t he? Acknowledging and addressing all the flak he’s taken would require some ironic self-awareness, and he’s made a pretty good living by totally disregarding self-awareness and irony.

This is a dude who wrote and recorded a song called “Jesus was a Rockstar,” for cripe’s sake.

Stapp entered our collective consciousness in 1997, when Creed’s “My Own Prison” delighted anyone who really wished Pearl Jam’s early efforts came with quasi-religious overtones. Many things started to go wrong that year. Also in ‘97, Limp Bizkit introduced itself to the world via its debut, “Three Dollar Bill, Y’all’$,” proving that it’s possible to bungle heavy metal, hip hop, and George Michael simultaneously, and still sell a ton of records because angry suburban teenagers are dumb. Aqua’s “Barbie Girl” was a song some people seemed to really enjoy. Before the decade’s end, Britney Spears would come along and prove America missed prefabricated pop stars. “Grunge” was effectively dead, along with any associated – albeit dubious – connotations of authenticity in mainstream music.

Three years after “My Own Prison,” Creed’s “Human Clay” sold the fourth most copies of any album in any genre, according to Nielsen SoundScan stats I plucked off Wikipedia. To put that in perspective, in 2000, Creed was almost as big as Britney. But in 2010, Creed appeared haggard and dispirited before a half-full Comcast Center in Mansfield. Stapp – whose condition I can’t comment on one way or another – drops into The Sinclair on Monday.

We shouldn’t blame Creed entirely for their inability to sell anything approaching 19,000 tickets in 2010. I reviewed a lot of undersold $40-plus ticket shows at the Comcast Center a few summers back. At that point, the music industry’s failure to market new stars for 10 years had taken its toll. For the once-thriving concert industrial complex, things were looking bleak. Only a year earlier, a far more robust Mansfieldian audience greeted Creed’s reunion tour with what seemed like genuine excitement. That was one of the most memorable concerts I’ve ever reviewed, only because I spent the evening asking myself, “Jeez, really? People are stoked on this band? Really?”

The existence of Creed fans baffles music snobs, and I sympathize. But I don’t think music snobs hate Creed because Creed is bad. Plenty of bands are equally bad, yet considered more-or-less socially acceptable to enjoy. For instance, I could say I really like Pantera, and most elitist music blogger types wouldn’t instantly write me off as stupid or crazy.

People don’t make fun of the now-sober (we think?) Stapp because of the time he tried to decapitate his wife – William S. Burroughs style – with a bottle of Orangina, or because of the time he tried to beat up 311, or the time he got so wasted before a concert that ticket-buyers demanded a refund for his worthless performance, and sued when they couldn’t get their money back. Ozzy Osbourne tried to strangle Sharon at one point many years ago, but Ozzy’s still beloved. For that matter, so is William S. Burroughs. And who among us can say we’ve never thought about attacking 311?

The real problem with Creed is they hit their zenith of notoriety alongside Trapt, Linkin Park, Kid Rock, Papa Roach, Godsmack, Drowning Pool, and plenty of other likeminded knuckle-draggers. Shortly thereafter, we as a society decided to illegally download all of our music forevermore, and we weren’t going to feel guilty about that because rock music had become worthless.

Creed didn’t singlehandedly ruin rock ‘n’ roll as we knew it – a whooooole bunch of people did, but Creed helped. We can’t say the same for Pantera, or Ozzy, or William S. Burroughs, so they’re easier to forgive. For this same reason, Creed will never come around to faux-ironic acceptability like Phil Collins or Journey, despite their comparable capacity for being shitty.

Basically, if you’re the kind of person who misses things like terrestrial radio, Tower Records, or music videos airing on MTV, you pretty much have to hate Creed. Maybe that’s kind of unfair…..Actually, disregard that, I changed my mind, it’s totally fair.

Enter to win tickets to see Trio Da Kali at The Villa Victoria Center of the Arts (Newton, MA) on April 10th. END_OF_DOCUMENT_TOKEN_TO_BE_REPLACED

END_OF_DOCUMENT_TOKEN_TO_BE_REPLACED

Enter to win tickets to Rhye at The Paradise on February 28th. END_OF_DOCUMENT_TOKEN_TO_BE_REPLACED

Her new album has been pushed back, but we have Kimbra’s new single for you. END_OF_DOCUMENT_TOKEN_TO_BE_REPLACED

The folk duo returns with a new record this week. END_OF_DOCUMENT_TOKEN_TO_BE_REPLACED

Now that we’re done looking back at 2017, let’s look ahead at 2018. END_OF_DOCUMENT_TOKEN_TO_BE_REPLACED

Our first Song of the Week for 2018. END_OF_DOCUMENT_TOKEN_TO_BE_REPLACED

In a year when so many things were off, the music was right on. END_OF_DOCUMENT_TOKEN_TO_BE_REPLACED