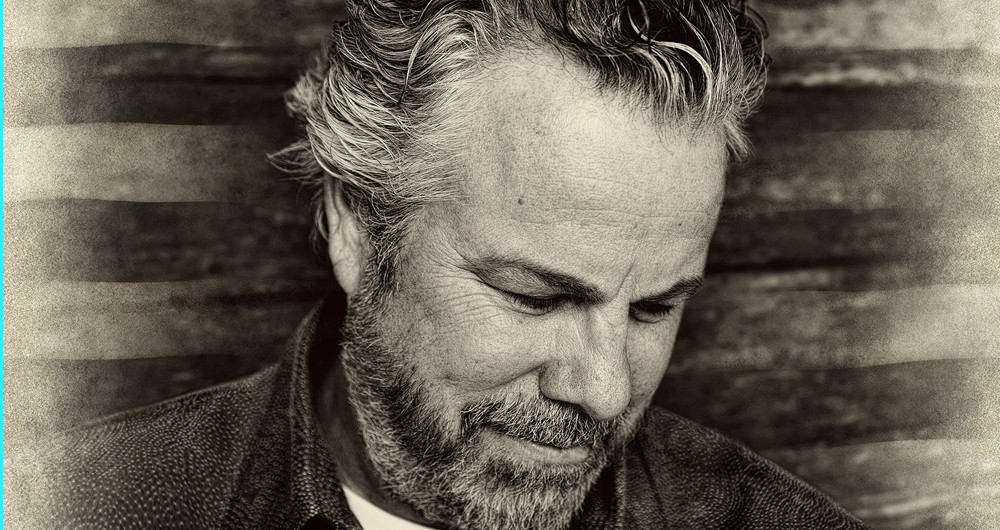 “I’m driving in your kind of weather right now,” Robert Earl Keen told BDCwire back in January. “It’s about 33 and just raining like crazy.”

The 59-year-old Texas singer-songwriter chuckled at his own joke. Perhaps Keen was laughing in the knowledge that he would soon experience the full wrath of a New England winter a few weeks later during his Cambridge show. (Sure enough, Boston is currently enduring its third major blizzard of the season.) Keen and his band are scheduled to play at the Sinclair in Cambridge this Wednesday at 8 p.m.

Best known in the Texas country music circuit for cherished hits like “The Road Goes On Forever” and “Merry Christmas From The Family,” Keen’s twelfth studio album, Happy Prisoner: The Bluegrass Sessions is both a departure and a return for the esteemed musician. In college, he cut his teeth playing and singing bluegrass music with a four-piece band called the Front Porch Boys. They played weddings, parties, and local clubs, and even took second place at an International Bluegrass Band Competition.

“I’d been kind of toying with the idea of doing a bluegrass record,” said Keen, “but there was always some kind of reason not to do it. I just got to this point where I just thought, ‘If I don’t do this record, I’ll never do it.’”

With no pending contractual obligations to his current label, Keen decided to round up the usual suspects and ask if they’d be interested in making the record. Without fail, everybody he called was on board.

“I called my friend Lloyd Maines, who’d produced me before. When I asked him, he said, ‘Yeah man. I’ve never done bluegrass, but I can do it.’” Keen and Maines then recruited banjo maestro Danny Barnes of Bad Livers, fiddler Sara Watkins from Nickel Creek, and The Greencards’ mandolin player Kym Warner to round out the record. “That meant I was on the right track.”

However, Keen didn’t want Happy Prisoner to try and contribute all or a few new licks to an already inundated genre. Instead, he and his fellow conspirators just wanted to honor the tunes they grew up listening to and learning from.

“These are songs that I love. Most of it came off the top of my head. ‘Oh yeah I know that song. Let’s do that song.’ So I made a list of 100 songs and paired it down to 28. We recorded them, then picked the 15 songs that really meant something to me.”

Happy Prisoner‘s final selection emphasizes these songs in a very personal way to Keen, but it wasn’t just about his own musical tastes. “It’s not all just playing as fast as you can and all playing in the key of G,” said Keen. “I wanted a spectrum, so that’s how I chose these songs in the end.”

Which is why the record includes everything from “Hot Corn, Cold Corn,” a traditional Appalachian guitar and banjo jam made famous by the Foggy Mountain Boys in the 1940s, to slower, vocally-charged ballads like “Walls of Time.” The collection of tunes featured in Happy Prisoner is truly as “gorgeous” as the New York Times claims it is, but more than anything, the album sounds like a bunch of old friends having a really good time.

“It’s a fun kind of music, and part of bluegrass is it’s a community thing. You can go from Portland, Maine to Portland, Oregon and find somebody that knows all the same tunes that you do.”

Or, as is the case for Keen and his band this Wednesday, the wintery wilds of Cambridge, Massachusetts. With local bands like The Four Legged Faithful and internationally famous concerts like the Newport Folk Festival, the Bay State boasts its own share of bluegrass and Americana-infused tunes. Even so, a good ol’ musical jolt from Texas couldn’t hurt. Besides, Keen and the greater Boston area have a lot of making up to do.

“I got where I wouldn’t go north of New York for awhile because I got tired of getting thrown into closets with no green room,” Keen told BDCwire. “Got my ass kicked a few times up in New England just because they didn’t know who I was.”

After many years spent jumping from one Boston dive to another, Keen finally called it quits in 2000 after a rather electrifying incident on stage: “The electricity was turned around backwards, so when I put my lips to the microphone I hit the ground, it shocked me so hard.”

The Boston boycott lasted for a decade or so, when a venue made Keen “a really good offer” that entailed neither exposed electrical wires nor ass-kicking. The Texas musician has been playing shows north of New York ever since.

This Wednesday’s show also boasts a bit of local flare, as Keen hired Wesley Corbett of the Berklee College of Music to fill in on banjo duties for the northeastern leg of the tour. An Associate Professor of Strings, Corbett began playing banjo “completely by accident” by way of the instrument’s West African roots.

“I came out to Boston when I was 20, and I’ve been playing banjo ever since,” Corbett told BDCwire. “A friend of a friend recommended me to Keen, so they took me on for this chunk of the tour.”

After playing shows with Keen’s band in New York and Brooklyn, Corbett will join the Texas musician on stage for Wednesday night’s show at the Sinclair.

Robert Earl Keen takes the stage at The Sinclair in Cambridge this Wednesday at 8 p.m. Doors open at 7 p.m. 18+ with a valid ID only.

Enter to win tickets to see Trio Da Kali at The Villa Victoria Center of the Arts (Newton, MA) on April 10th. END_OF_DOCUMENT_TOKEN_TO_BE_REPLACED

END_OF_DOCUMENT_TOKEN_TO_BE_REPLACED

Enter to win tickets to Rhye at The Paradise on February 28th. END_OF_DOCUMENT_TOKEN_TO_BE_REPLACED

Enter to win a pair of tickets to attend The Hess Collection Seminar and Dinner as part of Boston Wine Festival 2018 at the Boston Harbor Hotel on Wednesday, March 14th. END_OF_DOCUMENT_TOKEN_TO_BE_REPLACED

Her new album has been pushed back, but we have Kimbra’s new single for you. END_OF_DOCUMENT_TOKEN_TO_BE_REPLACED

The folk duo returns with a new record this week. END_OF_DOCUMENT_TOKEN_TO_BE_REPLACED

Now that we’re done looking back at 2017, let’s look ahead at 2018. END_OF_DOCUMENT_TOKEN_TO_BE_REPLACED

Our first Song of the Week for 2018. END_OF_DOCUMENT_TOKEN_TO_BE_REPLACED