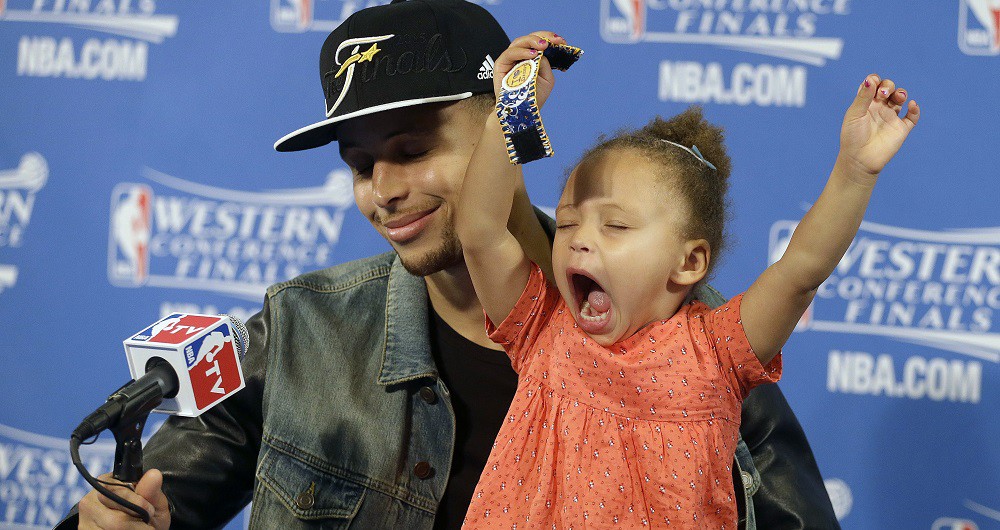 Golden State is moving onto the NBA Finals. So is the most awesome kid in the NBA. 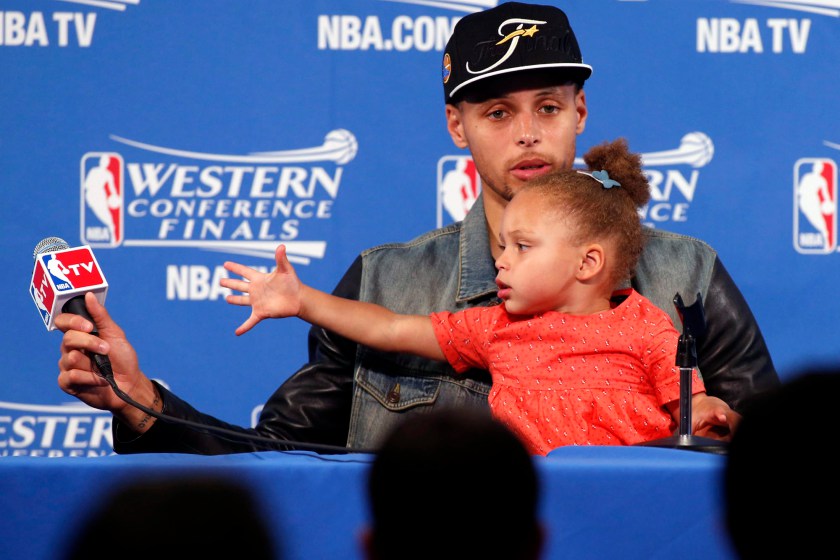 As dad tried to answer questions about his team’s victory, Riley yawned, talked, and tried to grab the mic.

“I think she’s taking advantage of the moment for sure,” said Curry. “She’s way too comfortable.”

Riley summed up how we all feel about press conferences.

Then she let dad know it was time to go.

In general, she stole the show.

Curry brought Riley to the game 1 post-game conference last week, where she was similarly great.

Riley’s presence may not help Curry deliver snappy quotes and succinct game commentary, but honestly, it’s nice to see a dad able to spend extra time with his daughter. As an NBA player who travels a lot, Curry probably doesn’t get to see her very often. The photos of them courtside — Riley looking up at her dad and Stephen smiling down at his daughter — are actually great models of working parenthood.

If that comes at the cost of a few extra pauses as Curry wrestles the mic from his show-stealing daughter, that’s not a steep a price. 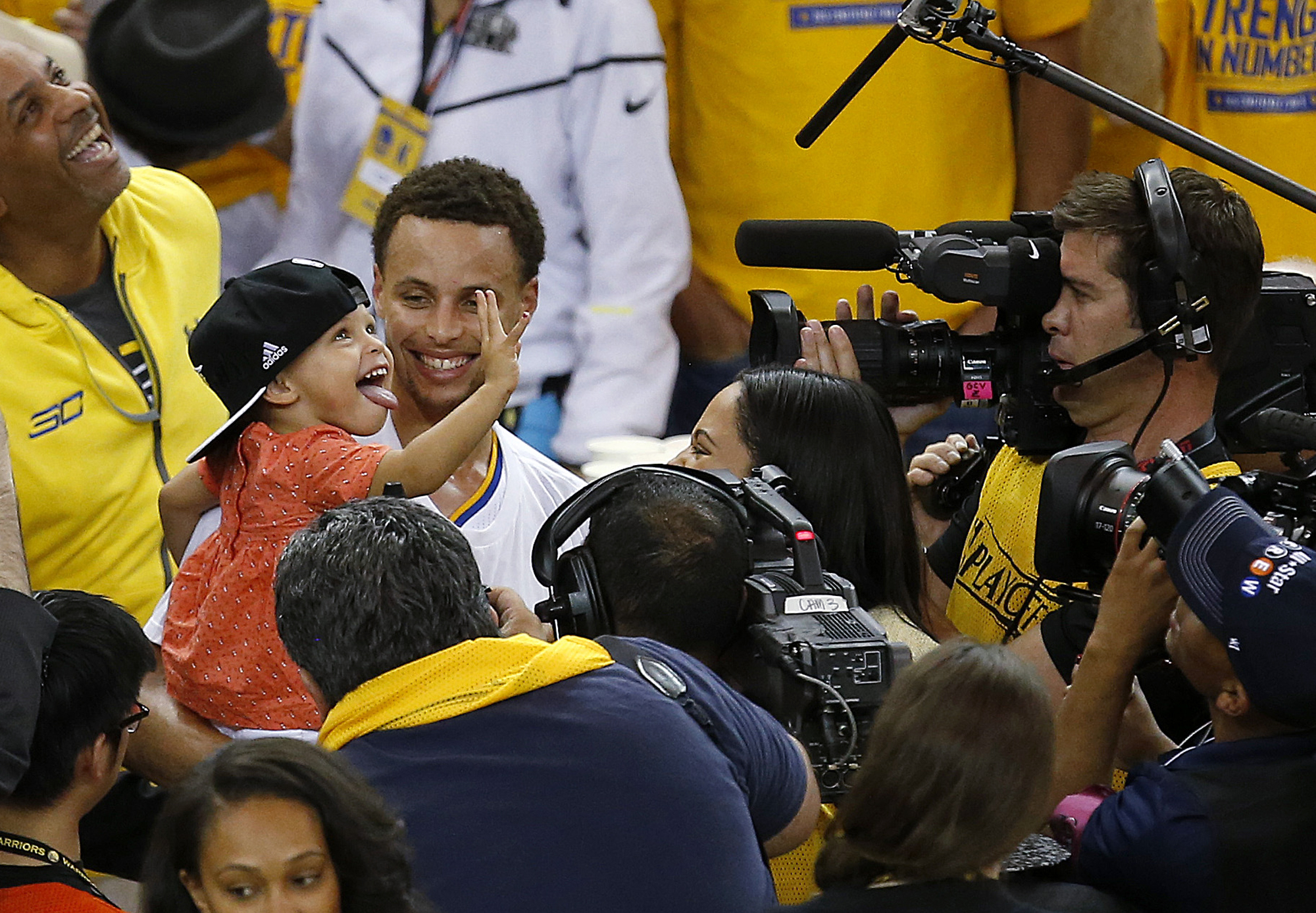