After an angry neighbor called her garden “relentlessly gay,” this woman decided to make it even gayer 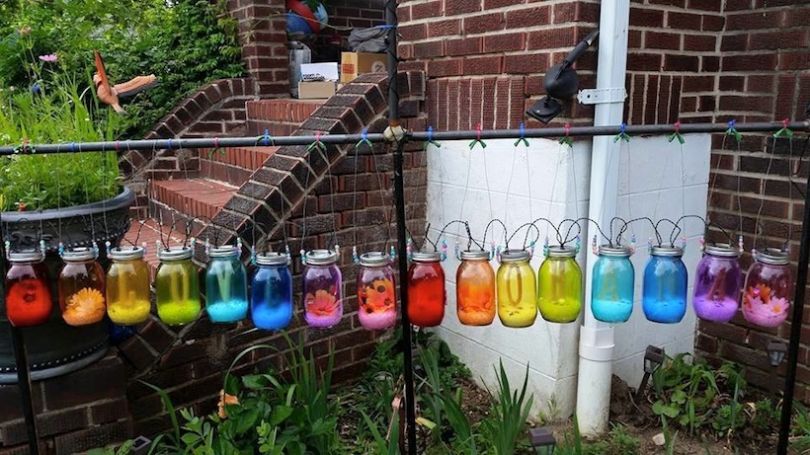 The Supreme Court is expected to make a sweeping decision about the fate of same-sex marriage this week. Though this could be a big step forward for the LGBT rights movement, the battle for equality is still being fought: specifically, in a Baltimore garden.

Julie Baker, a widow and mother of four, has never been one to conform to expectations; the garden in front of her Maryland home is colorful proof of that. But Baker received more pushback than usual after stringing up rainbow-colored mason jars filled with the words “love” and “ohana” (Hawaiian for “family”) in her front yard.

For some neighbors, Baker’s decorations proved not only gay, but were relentlessly gay.

After receiving the letter, Baker started a GoFundMe hoping to raise enough money to make her home relentlessly gay-er.

“I will not relent to hatred,” Baker wrote on the GoFundMe page. “Instead, I will battle it with whimsy, beauty, laughter and love, wrapped around my home, yard and family. Thanks for your relentlessly gay support.”

Though the page raised $43,000 with contributions from over 3,000 people by Monday evening, the page was taken down from GoFundMe on June 23rd. Claiming that the donations had gone above and beyond the goal, Baker decided to stop accepting money.