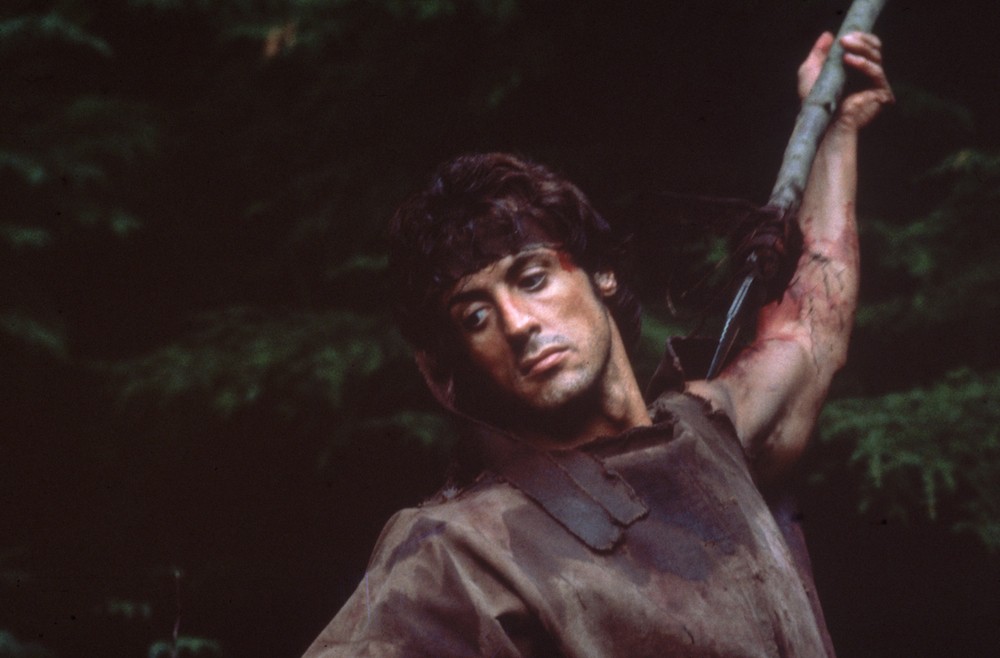 This weekend’s Comic-Con in San Diego produced tons of great news for culture junkies across the nation.

The newest trailer for Ben Affleck’s Batman vs. Superman: Dawn of Justice was released.

We got a first look at Jared Leto as The Joker in Suicide Squad.

And we got an incredible behind-the-scenes peek at the new Star Wars movie.

But maybe the most buzzworthy story this morning was a report that Sylvester Stallone, at a surprise appearance, told a Comic-Con audience that Rambo would be taking on ISIS in the upcoming Rambo: Last Blood.

At least a dozen outlets including Business Insider, The Daily Mail, and Foreign Policy breathlessly posted the news. 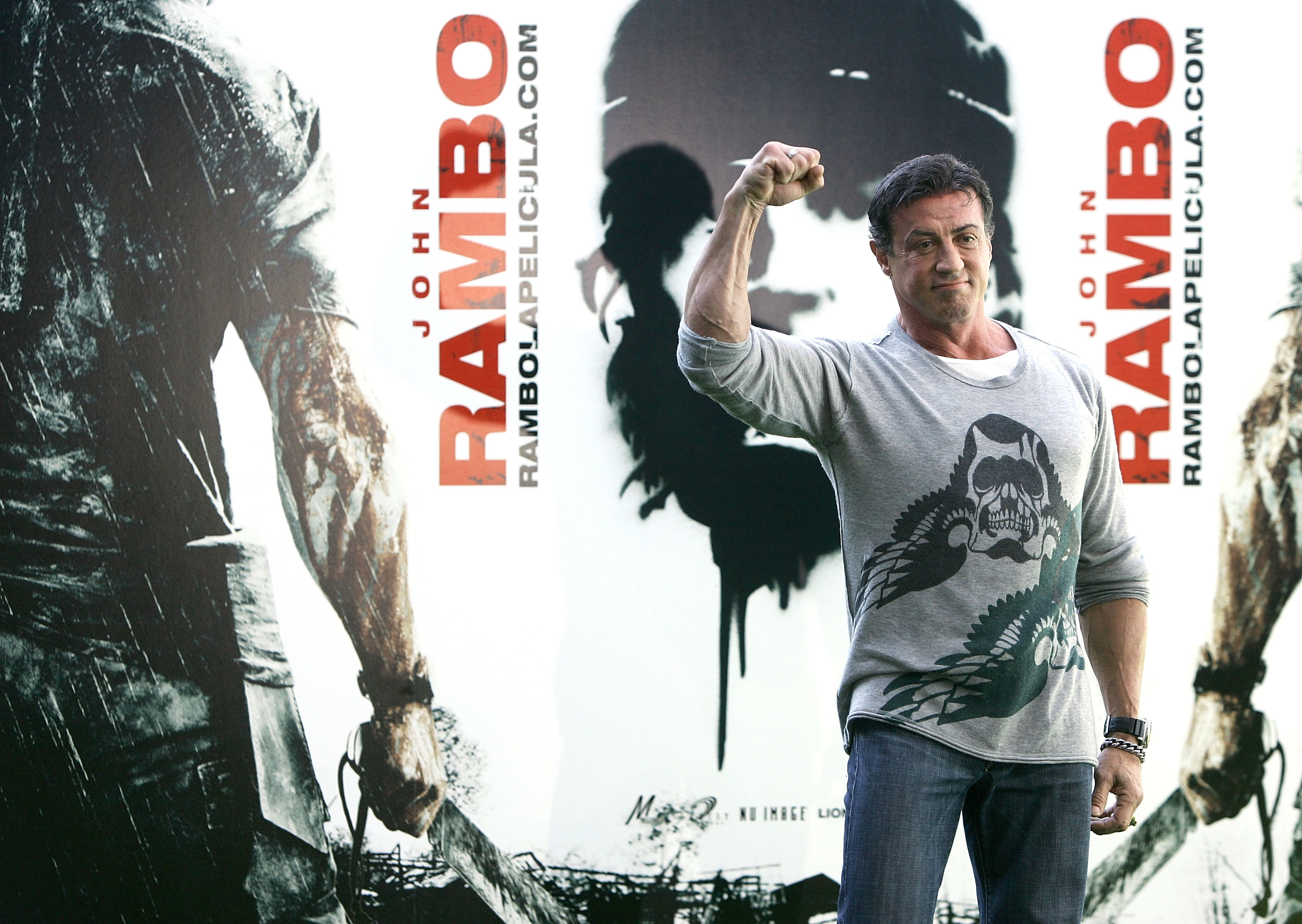 Stallone is quoted in several reports as saying, “We have teams scouting Iraq and parts of Syria where ISIS have their greatest strongholds. We’re working with the locals there to help deliver the most intense and realistic Rambo movie experience ever.”

One of America’s greatest cinematic badasses taking on the worst terrorist scourge in the world where they live. Sounds amazing, right?

Too bad it’s not true.

“Sylvester Stallone did not attend Comic-Con 2015, and consequently there was no official remark from him regarding Rambo made there at the event,” a representative for Stallone told Rolling Stone. “This is not an accurate report.”

How did so many sites get fooled by this story when Stallone wasn’t even at Comic-Con?

The story originated with the National Report, a “satirical” site that posts fake stories in an attempt to fool news outlets and average readers into sharing them.

Here’s the front of the site at the time we published this post. It features a (completely fake) story about Michele Bachman’s husband Marcus being named a suspect in the (very real) disappearance of the ruby slippers from The Wizard of Oz.

“We have been targeting Tea Party types recently as they are the most gullible and are willing to spread misinformation across the internet with little/no research,” pseudonymous National Report publisher “Allen Montgomery” told the Casper Star-Tribune in 2013.

Essentially, the site is designed to trick conservative people into sharing false news on Facebook. To the National Report, Rambo fighting ISIS was low-hanging fruit.

“In general, people are eager to suspend critical thinking if what they are reading confirms their viewpoint,” Montgomery told The Daily Banter in 2014. “We like to think we are doing a public service by introducing readers to misinformation.”

This isn’t the first time The National Report has fooled news outlets, either. Fox News apologized for airing a segment based on a National Report story about President Obama using personal funds to keep a Muslim museum open during the government shutdown.

Golden Globe and Emmy nominee Benjamin Wallfisch is the composer responsible for the score of the hit movie IT. I talked to Ben about his approach to scoring the new version of this iconic story and his thoughts on film and music overall. Some very insightful commentary; listen in. END_OF_DOCUMENT_TOKEN_TO_BE_REPLACED

Rupert Gregson-Williams is an award-winning film composer. He just so happened to compose the score for this summer’s big blockbuster Wonder Woman. We talked about his beginnings in film scoring, film scores that move and inspire him and, of course, Wonder Woman. END_OF_DOCUMENT_TOKEN_TO_BE_REPLACED

Jeff Rapsis is a New England-based composer and performer. Lately, he’s been creating live musical scores for silent film screenings. I talked to him about his process and a few of his upcoming performances at The Capitol Theatre in Arlington and the Somerville Theatre. You can keep track of where else Jeff is scoring silent films here. END_OF_DOCUMENT_TOKEN_TO_BE_REPLACED

Planning on seeing Rogue One: A Star Wars Story when it opens this weekend? I joined Adam 12 to give you an idea of what to expect. But don’t worry, I didn’t give anything away. END_OF_DOCUMENT_TOKEN_TO_BE_REPLACED

No, not from afar, from the comfort of her couch. From the actual awards themselves. That’s where Meredith Goldstein was for the Oscars. She shared all the juicy, first-hand details with me. END_OF_DOCUMENT_TOKEN_TO_BE_REPLACED

To celebrate the opening of ‘The Force Awakens,’ I had some very special guests in studio to start the Thursday, December 17 edition of The Brink. Listen. END_OF_DOCUMENT_TOKEN_TO_BE_REPLACED

Watching the new Star Wars trailer a million times gave us all sorts of feels. And one of those feels was nostalgia. END_OF_DOCUMENT_TOKEN_TO_BE_REPLACED

END_OF_DOCUMENT_TOKEN_TO_BE_REPLACED

If you’ve finally finished crying over Inside Out — or Lava, the short that ran before it — Pixar is readying another assault on your tear ducts with The Good Dinosaur, if its newly released trailer is any indication. END_OF_DOCUMENT_TOKEN_TO_BE_REPLACED