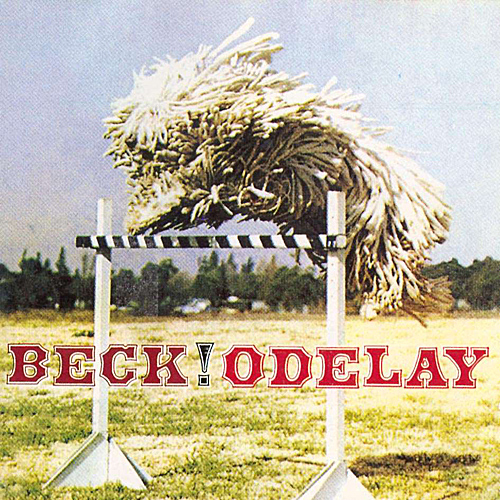 So Beck won some Grammys. I wrote about how he’s in a different class than Beyoncé, and that got me thinking about Beck’s catalog and legacy. So here’s a ranking of Beck Hanson’s twelve studio albums. I did this for the Black Keys, too. You can read that here.

Beck’s earliest, rarest, and most experimental release provides a snapshot of the artist in his nascency. It also sounds pretty messed up at times.
“Tropicalia” is the standout on a decent album whose release had the misfortune of falling between two of Beck’s most popular recordings.
Beck’s final album for Interscope has that “last-album-then-my-contract-is-fulfilled” feel. It’s a lean eleven tracks that clocks in at thirty-three minutes.
When you release three albums in the span of a year, they can’t all be (mellow) gold. ‘Stereopathic Soulmanure’ feels less an album and more a collection of b-sides and outtakes, because that’s pretty much what it is.
The majority of material on ‘The Information’ was recorded while Beck was in studio working on ‘Guero,’ so the two albums are kissing cousins of sorts. The singles “Think I’m In Love” and “Nausea” anchor this middle-of-the-pack release.
Purists love this album, and for good reason: it continues the genre-bending experimentalism of Beck’s early lo-fi releases, but with much better production. And it features fan-favorite “Debra.”
Recorded before but released after his breakthrough ‘Mellow Gold,’ ‘One Foot In The Grave’ pushed Beck’s folk leanings to the forefront. This was the album that, when “Loser” became too mainstream, Beck’s early, cred-conscious supporters flocked to.
This is my favorite Beck release. It was a return to form of sorts after the departure marked by its predecessor ‘Sea Change,’ and it’s a very well-balanced, well-sequenced album.
This won the Album of the Year Grammy for good reason: the writing is heartfelt, the arrangements are rich, and it does an excellent job of showing the sensitive side Beck explored on ‘Sea Change’ as well as showcasing his ever-evolving sound. Sorry, Kanye.
Yes, “Loser.” Of course. But “Beercan,” too. And “Pay No Mind (Snoozer),” “Fuckin with My Head,” “Soulsuckin Jerk”…the track list goes on and on. Beck’s major-label debut was and is iconic and a classic.
After a decade of slacking off, folking up, and genre-dipping, Beck suddenly came of age and created a heartbreakingly beautiful work of art that took many fans by surprise, but impressed nonetheless.
A near-perfect blend of all that makes Beck Hanson, well, “Beck.” In other words, the one album you’d recommend if a friend said: “I’d like to get into Beck. Where should I start?”