Pre-Bar Exam: Westminster Smokers Are a Spirited and Patriotic Bunch 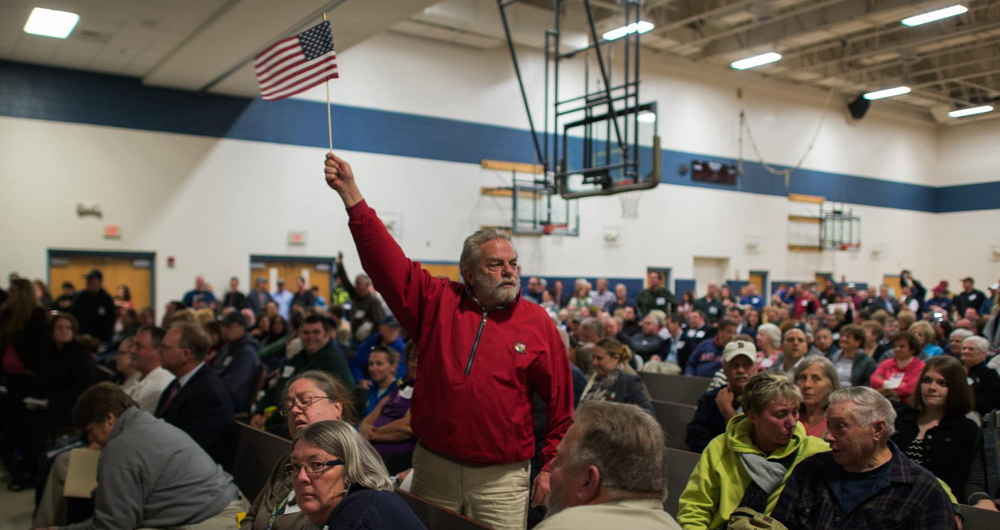 {“data”:[{“type”:”text”,”data”:{“text”:”People are mad as hell about everything from cigarettes to homelessness to greenhouse emissions, and your ignorance about these important issues is only going to make them madder. Avoid a bar fight that ends with someone yowling, “Don’t you read the news?!!” and then breaking a chairover your head. Read on, be safe, and stay warm.\n”}},{“type”:”html”,”data”:{“text”:”“}},{“type”:”text”,”data”:{“text”:”**Smokers in the central Massachusetts town of Westminster** shouted until they went hoarse \\(and then probably coughed for a while\\) during [a public hearing on a proposal to ban tobacco sales in the town](http://www.bostonglobe.com/metro/2014/11/12/westminster/S9AyaVOciqpDwMRAuuNpgK/story.html). The protest was so unruly that the meeting was dismissed early because Board of Health Chair Andrea Crete worried about the crowd rioting. After a rousing rendition of “God Bless America” \\(yes,really\\) and a post\\-hearing smoke break, the crowd dispersed peacefully. Here’s hoping that’s how your Saturday night ends, too.\n\nAnother passionate crowd of more than 300 people gathered in the South End to **demand the city reveal its plan** for the [700 people displaced by the closure of the Long Island Homeless Shelter](http://www.bostonglobe.com/metro/2014/11/12/passionate\\-crowd\\-urges\\-city\\-more\\-for\\-homeless\\-displaced\\-from\\-long\\-island\\-shelter/ahwGmWWu77Equ78YsDg9ZJ/story.html). We’re afraid to come between smokers and their cigarettes, but apparently people are sleeping in the woods and were kicked out of in\\-patient detox, so this one might merit a little more outrage and probably didn’t end with patriotic caroling.\n\n**Kim Kardashian** attempted to [“break the Internet”](http://www.bostonglobe.com/lifestyle/names/2014/11/12/kim\\-kardashian\\-attempts\\-break\\-internet/04JMqlNAyvrhLZDUpuYSGJ/story.html?p1=Article\\_Trending\\_Most\\_Viewed) by posing nude in \\(print\\) photos … because the Internet has never seen anything like that before.\n\nThe Daily Free Press, BU’s student newspaper, was saved from the**$70,000 debt that threatened to end its print operation** when it received [sizable donations from Bill O’Reilly and Ernie Boch Jr](http://www.bostonglobe.com/metro/2014/11/12/bill\\-reilly\\-ernie\\-boch\\-help\\-student\\-newspaper\\-save\\-print\\-edition/6Pht7vMqlabOIiRU1qSX0H/story.html#comments). Toast to the saviors of journalism, and play a drinking game in which each participant has to think of a life lesson BU students have learned from this debacle. A few to get you started: Journalism never pays \\(unless it screams “shut up!”\\), you can always depend on the kindness of rich people, amassing $70k in debt is an excellent business plan.\n\nThe [US and China have agreed to a deal to limit the two top\\-tier polluters’ greenhouse gas emissions](http://www.bostonglobe.com/news/world/2014/11/12/china\\-reach\\-emissions\\-deal/keiv3rtorQI8QgEBInj8tJ/story.html). **China agreed to cap carbon emissions by 2030, and the US vowed to cut emissions to 26 percent below 2005 levels by 2025.** Republicans emitted complaints that the goals of the US are much more aggressive than those of China, which can sit pretty for another 15 years \\(a fair point\\) and claimed this is part of a nefarious [“crusade against affordable energy.”](http://www.businessinsider.com/boehner\\-slams\\-obamas\\-climate\\-deal\\-with\\-china\\-2014\\-11) **Bar game:** everyone grab a cocktail napkin and draw a cartoon of President Obama as a Bond villain who will destroy the world by reducing carbon emissions. Bonus points if he’s stroking a cat and saying, “It’s all going according to plan. Mwahahahaha!”\n\n**Remember snow**? [It’s baaaack](http://www.bostonglobe.com/metro/2014/11/13/some\\-snow\\-friday\\-weather\\-pattern\\-turns\\-colder\\-national\\-weather\\-service\\-says/mD4B7bhJ7FWDiLi9n4AyVO/story.html). A refresher: fun to play in,but it’s wet. Dress warm, don’t eat the yellow stuff, and steel yourself for five months of weather talk.\n\n**The European Space Agency landed the Philae spacecraft on a comet**—on a frigging comet!—after a seven\\-hour countdown, which was hopefully recited in its entirety by [Stephan Ulamec, who has an amazing accent that’s reminiscent of Pepé Le Pew](http://www.wbur.org/npr/363579764/successful\\-comet\\-landing\\-a\\-major\\-step\\-for\\-space\\-exploration). The successful landing is part of the Rosetta mission, which is orbiting and studying the comet in an attempt to learn more about Earth’s origins, and it’s also the inspiration for your topical pickup line of the week. In your best continental accent, say: “Why don’t you make like Philae and land back at my place? I promise it won’t take seven hours.” \\(MIT babes will love this one.\\)\n\n”}}]}

While many have called out Davis since a video of her refusing to issue a marriage license to Rowan County residents David Moore and David Ermold went viral in July, relationship columnist and gay activist Dan Savage went a step further on MSNBC Tuesday night, saying that “this is about someone hypocritcally looking to cash in”. He added: “And she is a hypocrite.” END_OF_DOCUMENT_TOKEN_TO_BE_REPLACED

END_OF_DOCUMENT_TOKEN_TO_BE_REPLACED

David Filipov was part of the team that headed up the Boston Globe/Fox25 Olympic Debate last night. He offered his takeaways and analysis after an update on the latest exchange between Governor Baker and the USOC. All in all, our conversation does a pretty good job of getting you up-to-speed on all things Boston2024. END_OF_DOCUMENT_TOKEN_TO_BE_REPLACED

END_OF_DOCUMENT_TOKEN_TO_BE_REPLACED

Taxi driver Victor Perez Cardona didn’t want the traditional coffin for his wake. Instead, he wanted to be in his cab.
END_OF_DOCUMENT_TOKEN_TO_BE_REPLACED