Pre-Bar Exam: News You Can Use 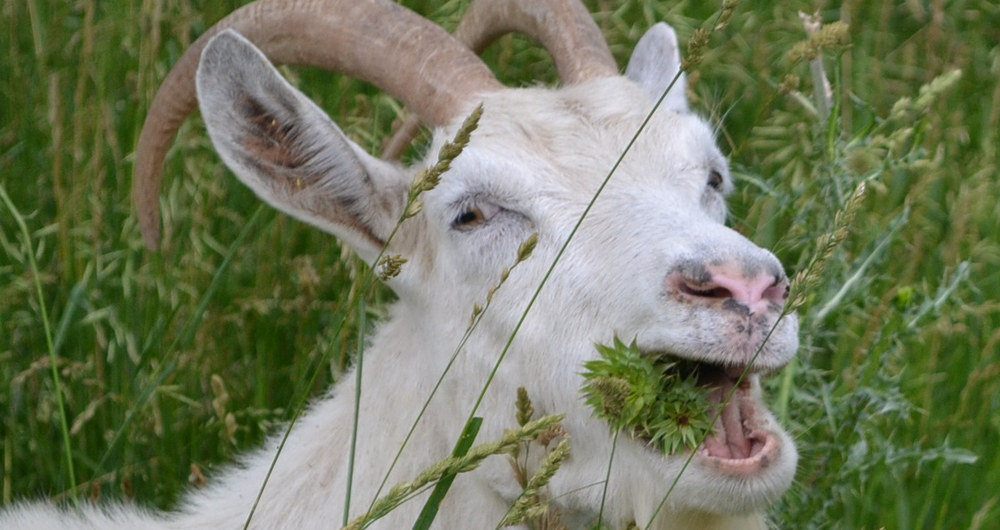 For the past ten days or so, the news has been especially depressing, and you’re probably thinking that you can’t talk about frequent flyer miles or hummus in polite company. We’re here to help you navigate the delicate minefield of socializing while informed.

The latest in a long family saga that would be a lot easier to follow if the warring factions had more than a middle initial differentiating them: Arthur T. Demoulas has offered to buy Market Basket from his less popular cousin, Arthur S. Demoulas, who recently ousted Arthur T. as CEO, sparking outrage, demonstrations, and news reports featuring sad panning shots of empty grocery store shelves. Your topical bar game this week is to come up with good nicknames for the cussin’ cousins (T-Money and S-Bomb?). Alternate plan: create a drinking game that involves recounting the family ownership saga without getting T. And S. confused.

The city is using goats to clear out poison ivy and invasive species in Hyde Park. Where will it end? Parrots answering the phones at City Hall? A puppy police force? Mayor Walsh courting the animal vote by acting like Doctor Doolittle? We certainly hope so.

The MBTA is going to improve the commuter rail’s wifi service, so now you can watch videos of cats sneezing and send raunchy Snapchats without using up your data.

Well, if you want to start a screaming match, kill the conversation, or sob into your beer, here’s the latest from Gaza: At least 15 are dead after a U.N.-run evacuation shelter for Palestinian women and children was shelled.

Police found 12 dead bodies in a Weymouth storage unit belonging to former funeral home director Joseph O’Donnell, who was totally going to get around to their burial eventually. The incident has led public safety officials to launch a new campaign: “If you smell something, say something.”

“Simpsons World” exists, but only on the Internet, so you’ll have to got somewhere else for your honeymoon. The website, which offers an episode guide and searchable database for content in every season is just another way for FX to boast about acquiring the rights to air all 552 episodes of the show. Ultimate pickup line: announce that you have both Internet and get FX at your place. But beware, the one-night stand will last until you get through season nine … at which point your date will run like hell.

While many have called out Davis since a video of her refusing to issue a marriage license to Rowan County residents David Moore and David Ermold went viral in July, relationship columnist and gay activist Dan Savage went a step further on MSNBC Tuesday night, saying that “this is about someone hypocritcally looking to cash in”. He added: “And she is a hypocrite.” END_OF_DOCUMENT_TOKEN_TO_BE_REPLACED

END_OF_DOCUMENT_TOKEN_TO_BE_REPLACED

David Filipov was part of the team that headed up the Boston Globe/Fox25 Olympic Debate last night. He offered his takeaways and analysis after an update on the latest exchange between Governor Baker and the USOC. All in all, our conversation does a pretty good job of getting you up-to-speed on all things Boston2024. END_OF_DOCUMENT_TOKEN_TO_BE_REPLACED

END_OF_DOCUMENT_TOKEN_TO_BE_REPLACED

Taxi driver Victor Perez Cardona didn’t want the traditional coffin for his wake. Instead, he wanted to be in his cab.
END_OF_DOCUMENT_TOKEN_TO_BE_REPLACED