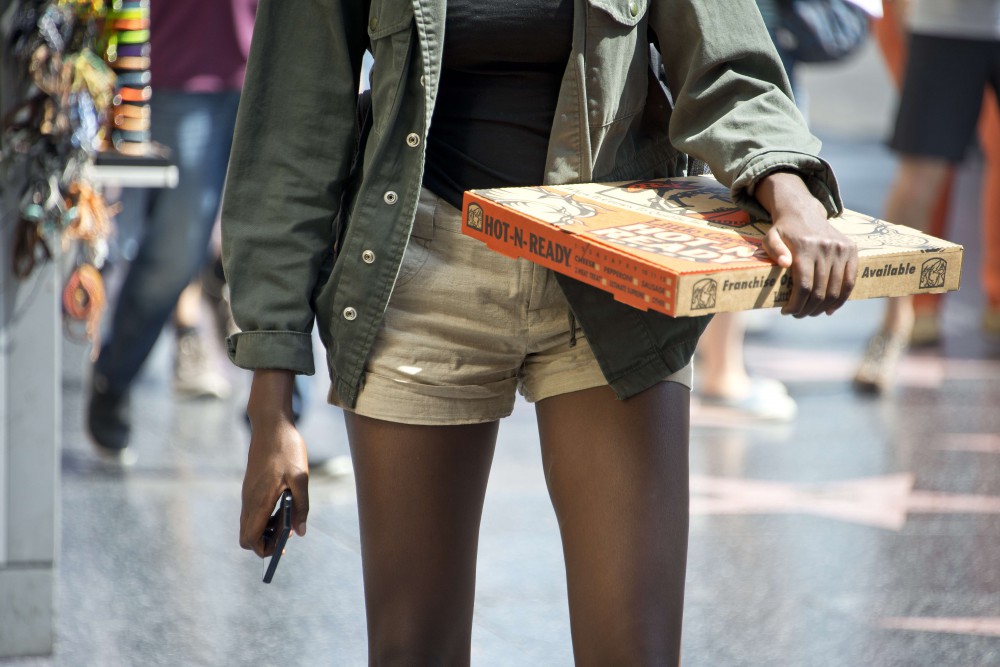 Don’t want to seem like an uninformed loser at the bars this weekend? Talk about the disturbing teen trend known as the “thigh gap” (pictured). Trust us. You’ll come off as informative and insightful, and hotties love humorous, topical tidbits. Here’s a current events cheat sheet to spark bar conversation.

– The MBTA has released new, accurate, and user-friendly system maps, which will be a pleasure to read from the comfort of a stranger’s armpit on the Green Line or as you wait 90 minutes for three buses to travel caravan-style up Massachusetts Avenue.

– In June, the organization that has produced the city’s “First Night” New Year’s festivities for the past 37 years announced that it would close due to financial troubles. But never fear! The Highland Street Foundation has stepped in to save the annual excuse to drunkenly gawk at ice sculptures and fireworks. So shout, “Hap-py New Year!” at the bar tonight and see how many people join in before you’re kicked out.

– Since losing his Senate seat to Elizabeth Warren last year, Scott Brown has taken to the road, possibly in his trusty pickup truck and barn jacket. The former Massachusetts senator’s GOP fundraising tour of New England has spurred rumors he might run for Senate in New Hampshire, where he has a vacation home. Discuss potential campaign slogans (“Live Free and Try Hard?”) and whether Massachusetts could annex New Hampshire if we wanted to (we don’t).

– People for the Ethical Treatment of Animals (or “PETA,” as carnivores call them while rolling their eyes and stuffing more uncooked beef into their mouths) have been targeting a lobster slaughterhouse in Maine. Protesters claim that Linda Bean’s Maine Lobster rips live crustaceans apart so they “writhe in agony.” Advocate we go back to boiling lobsters alive the good old-fashioned way.

– The federal government is still shut down, halting countless public programs ranging from vital to kind of silly, and raising the timeless philosophical question: If a bear shits in the woods and there’s no park ranger there to see it, does John Boehner sleep better?

– Another thing the government’s shut down: “Silk Road,” an Internet one-stop shop for contraband, selling everything from heroin to firearms to hacker services. The kingpin behind the online marketplace? A 29-year-old physics student from the Bay Area who went by the handle “Dread Pirate Roberts.” Introduce yourself at the bar with your own pirate/criminal moniker. Some suggestions: The Mildly Daunting Buckaneer Harold, Salty Sandra, Arrr!thur.

– Parents are wringing their hands over the newest idiotic teen girl obsession: The “thigh gap,” an alien-looking vacancy of body fat on one’s legs that can make a normal human woman look like a sad racehorse. Talk loudly about how depressing this is. Ladies will take notice.

– Boston bus drivers went on a one-day strike Tuesday, leaving 30,000 Boston Public School students without a ride. The next day, drivers dropped children off at school an hour early, in order to rush to a meeting with their contractor, Veolia Transportation Inc. Bar discussion question: Which job makes you a better negotiator, bus driver or congressional leader? One group deals with petulant children all day, but the bus drivers are unionized.

– Somerville’s Honk! Festival is back this weekend, and with it, a legion of experimental brass bands. Potential pick-up line this weekend: Is that a trombone made of repurposed garden tools in your lap or are you just happy to see me?

Enter to win a pair of tickets to attend The Hess Collection Seminar and Dinner as part of Boston Wine Festival 2018 at the Boston Harbor Hotel on Wednesday, March 14th. END_OF_DOCUMENT_TOKEN_TO_BE_REPLACED

This year, the festival is welcoming more female wine producers than ever before, making up 20% of all winemakers that will be at the festival. END_OF_DOCUMENT_TOKEN_TO_BE_REPLACED

The holidays are here, so raise a glass. END_OF_DOCUMENT_TOKEN_TO_BE_REPLACED

‘Tis the season to mix a nice, stiff drink. END_OF_DOCUMENT_TOKEN_TO_BE_REPLACED

Warm up with Tito’s on your sweater and Tito’s in your glass. END_OF_DOCUMENT_TOKEN_TO_BE_REPLACED

There’s a ton going on at Idle Hands in Malden this spring. Dan McDonnell and Josh Deering joined me in studio to talk about Maifest, what’s new in the Taproom, and their collaboration with The Black Ale Project. Oh, and don’t miss Idle Hands at BeerAdvocate’s Microbrew Invitational next month! END_OF_DOCUMENT_TOKEN_TO_BE_REPLACED

Giovanna Guzman is the marketing coordinator at Kings Bowl, who you can visit in the Back Bay, Burlington, Lynnfield, Dedham, and soon in the Seaport. We talked beverages, naturally, seeing as it’s Thirsty Thursday. And we sampled sangria. And it was soooo good. END_OF_DOCUMENT_TOKEN_TO_BE_REPLACED

These five words might change your life: Farmer Willie’s Alcoholic Ginger Beer. Co-founders Nico Enriquez and Max Easton were in studio with me this morning. Nine-packs and kegs of Ginger Session coming next week! END_OF_DOCUMENT_TOKEN_TO_BE_REPLACED

Chef Avi Shemtov–he of the Chubby Chickpea and Single Guy Cookbook–was back in for a visit this morning to talk about his latest venture. TAPPED is a mobile beer catering company that specializes in on-site draft pours of both craft beers and mainstream brands. Thirsty yet? END_OF_DOCUMENT_TOKEN_TO_BE_REPLACED