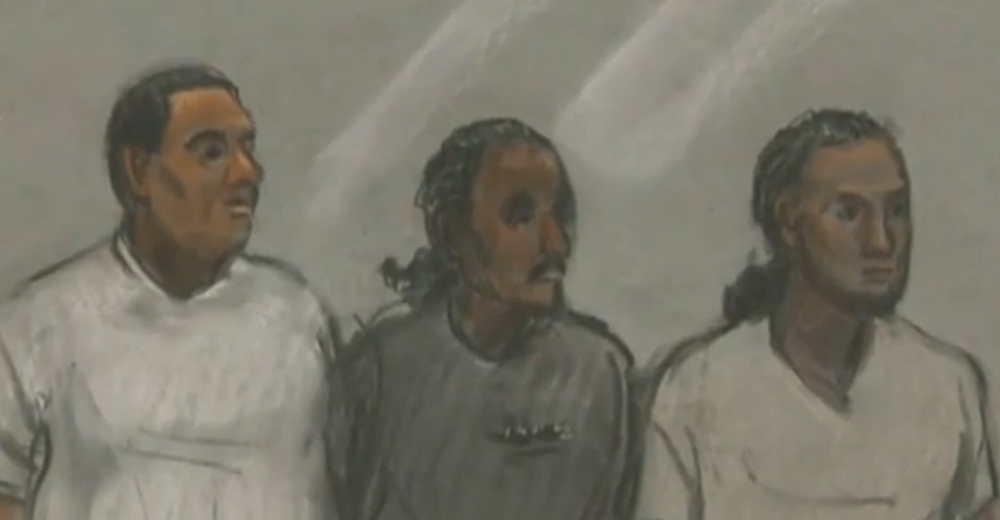 State department corruption, airport money smuggling, and the old “spilled drink” motive; this week’s local headlines are (mostly) about true crime. We know you’re still nursing your three-day-weekend hangover, so we consumed the news and digested it, then popped out some topical one-liners, relevant bar games, and of course, your weekly pickup line. As Scruff McGruff the Crime Dog would say, “Drink responsibly, use protection, and woof, I’m a dog!” (I never paid much attention to those PSAs).

The latest in the state probation department corruption trial: the testimony of Elizabeth O’Neill LaStaiti, a retired judge who participated in the hiring of Kelly Manchester. Manchester happened to be dating a state senator, and, according to LaStaiti, “That appeared to be her only qualification for the job.” Though, to be fair, dating a politician does lend itself to qualifications fitting for a parole officer, such as dealing with a few shady characters and listening to platitudes. Fun bar game: list the positions you’re qualified for thanks to your exes—ie: zoo keeper, man-child care provider, hostage negotiator—not that you’re bitter or anything.

Former Massachusetts governor, recovering presidential candidate, and human punchline Mitt Romney has sold his Belmont home for $1.2 million. The house is no doubt the site of many important political decisions which Romney now denies making.

The National Park Service has announced a plan to include LGBT landmarks in its compendium of significant U.S. sites. We’re looking forward to our commemorative plaque about the storied history of cruising in the Fens.

Prosecutors say former Patriots star Aaron Hernandez killed two people over a spilled drink at a Boston nightclub. Fun bar game: Guess what other harmless, typical Saturday night blunders could end in murder (ex: “You took my SEAT AT THE BAR?!”). If you’re already hanging out in a bar, it’ll be the most morbid game of eye spy ever.

During an FBI sting, five airline employees were caught smuggling drug money through Logan Airport (see the lovely sketches above). But they sure as hell never let any bottled water or shoed feet through security.

Now that the state’s highest court has struck down mandatory life sentencing for juveniles, two prisoners who have been serving out sentences since the 90s will get parole hearings. Okay, but if these guys get out, how will we explain to them why snap bracelets aren’t cool anymore but Leonardo DiCaprio still is?

Your topical pickup line of the week: “Did you hear that Boston has been ranked the ninth fittest city in the nation? I like to think I’m doing my part … to keep us from getting to number eight.” Then wink and order your love interest “the most caloric beer on tap.”

This should never have happened. END_OF_DOCUMENT_TOKEN_TO_BE_REPLACED

I spend far too much time on Twitter. Here’s a handful of posts from last year that I found to be entertaining on one level or another. Enjoy. END_OF_DOCUMENT_TOKEN_TO_BE_REPLACED

Apologies in advance for burying this in your skull forever. END_OF_DOCUMENT_TOKEN_TO_BE_REPLACED

If you like cover songs, you’re gonna love this. And by love, we mean probably hate. END_OF_DOCUMENT_TOKEN_TO_BE_REPLACED

Whether you celebrate the unofficial beginning of summer on Memorial Day weekend, or Meteorological Summer on June 1, or the Summer Solstice, make no mistake: summer is here. END_OF_DOCUMENT_TOKEN_TO_BE_REPLACED

The nu-metal mainstays have covered the unlikeliest of songs. END_OF_DOCUMENT_TOKEN_TO_BE_REPLACED

Ladies and gentlemen, from the far-reaches of the internet, I present to you…La Boing Boing Rock Band. END_OF_DOCUMENT_TOKEN_TO_BE_REPLACED