Pre-Bar Exam: Brains Are In 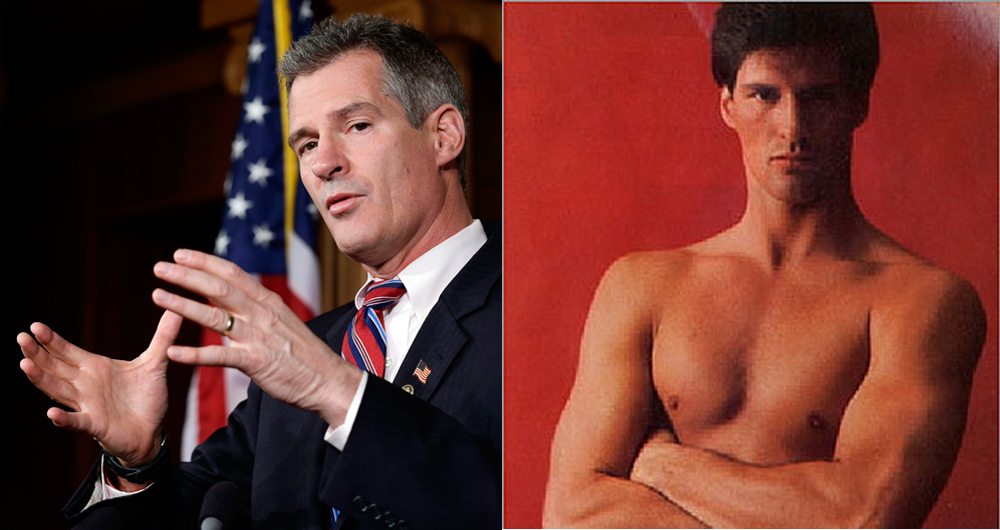 Rejoice, sex-hungry nerds! Cosmopolitan has declared that brains are sexier than biceps and body hair! So flex your hottest muscle (the one inside that thick skull of yours) and walk into the bar with up-to-date knowledge of current events, from terrorist threats to GroundhoGate. You’ll be irresistible.

With Eric Holder stepping down from his post as attorney general, all eyes are on Gov. Deval Patrick, who is set to update his LinkedIn profile in January, when his second term runs out. He’s denying these rumors, because while he enjoys the bureaucratic wrangling and frustrating controversy of public interest work, he wants to make MONEY. Sounds like some of your friends who Taught for America, no?

Your barroom conspiracy theory for the week: New York Mayor Bill de Blasio dropped a groundhog during Groundhog Day ceremony in February. The rodent died a week later (murder!). But! It turns out the (dearly?) departed creature was not the famous Stanton Island Chuck, but his understudy, named, less glamorously, Charlotte. It’s possible the zoo picked a gentler, squirmier, more killable groundhog after Chuck bit Mayor Michael Bloomberg in 2009. Let the conspiracy theories commence! Take up a large portion of the bar by drawing a huge chart connecting the mistaken rodent identities to election rigging and the mafia. Bonus points if you can somehow connect it to Eric Holder stepping down.

The MBTA is aware of reported plans for ISIS to attack U.S. subway systems, but it seems far more interested in catching the kid who surfed Jesse James style on top of an Orange Line train. Priorities!

A time capsule from 1901 was found in the head of the lion statue on top of the State House. It’s rumored to contain letters from politicians and other famous Bostonians. No word yet on whether any of them say “Go fuck yourself.”

In Texas, “upskirting” is a First Amendment Right. The state’s highest court ruled you can’t ban anyone from taking pictures up a woman’s skirt without her consent because “protecting someone who appears in public from being the object of sexual thoughts seems to be the sort of ‘paternalistic interest in regulating the defendant’s mind’ that the First Amendment was designed to guard against.” Don’t go judging Texas, though—our court ruled the same thing until the legislature wrote a new law banning the practice. Protecting your rights to invade someone’s privacy: justice at work.

Cosmopolitan Magazine has announced it does not endorse Scott Brown’s bid for the Senate in New Hampshire. Before Brown served as a Massachusetts senator (he’s since crossed the border), he was a beefcake displaying his body hair for all to see, and was declared Cosmo’s “sexiest man” in 1982. Now, the magazine says, Brown’s “policy positions just aren’t as solid as his abs were in the ’80s,” so it’s endorsing Democratic candidate Jeanne Shaheen, “picking brains over brawn.” Ouch. Have you checked Shaheen’s guns lately? We hear she works out! Your topical pickup line of the week: “I’m no magazine model, but I can guarantee you my brains are bigger than my brawns.” Then wink suggestively and talk about your position on equal pay.

Enter to win a pair of tickets to attend The Hess Collection Seminar and Dinner as part of Boston Wine Festival 2018 at the Boston Harbor Hotel on Wednesday, March 14th. END_OF_DOCUMENT_TOKEN_TO_BE_REPLACED

Boston band Funeral Advantage is Tyler Kershaw. And Tyler Kershaw had a fun childhood, so it seems. END_OF_DOCUMENT_TOKEN_TO_BE_REPLACED

Perry put me on to daephne and the album blew my mind. END_OF_DOCUMENT_TOKEN_TO_BE_REPLACED

While many have called out Davis since a video of her refusing to issue a marriage license to Rowan County residents David Moore and David Ermold went viral in July, relationship columnist and gay activist Dan Savage went a step further on MSNBC Tuesday night, saying that “this is about someone hypocritcally looking to cash in”. He added: “And she is a hypocrite.” END_OF_DOCUMENT_TOKEN_TO_BE_REPLACED