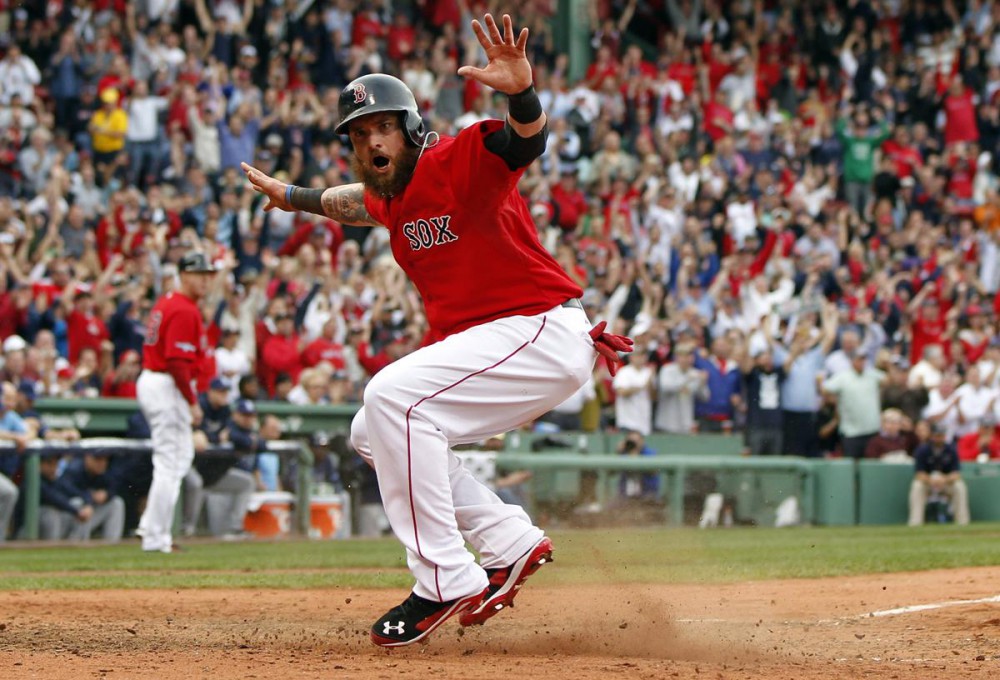 Mayor Thomas Menino took to Twitter today to get Bostonians riled up in advance of the Red Sox traveling to St. Louis this weekend for Games 3 and 4 of the World Series. His request? Red Sox playlist songs. This is dangerous territory: Boston could lazily suggest hackneyed, overplayed songs that are synonymous with local sports or, hopefully, come up with some better suggestions to give the Sox some new competitive fuel. We’ll leave the wisdom to the masses. These are the songs we desperately hope DO NOT get suggested to Mr. Mayor.

Rooting for our @redsox as they head to St. Louis- #RedSoxNation, which songs would you put on a #GoSox playlist? Tweet w/ #soxsongs.

There was a period of time when this song was played multiple times a night in every bro bar around Boston, leading spirited drinkers to croon along in a fashion that would make Steve Perry pull his mullet clean off his scalp. Sorry to any big Journey fans out there, but let’s not allow that to happen again. And yes, we get the obvious “Don’t Stop Believin’ (in the Red Sox)” subtext. We’re just choosing to ignore it.

“So Good (The Boston Song)”

I didn’t realize until this morning that this was more than just a Ford commercial jingle. Turns out it is and I’m devastated.

This stadium classic has had fans shouting out “Hey!” for years and it was the final track on the first volume of “Jock Jams,” but did you know that Gary Glitter has been convicted of child pornography, molestation, and other sexual abuse crimes? That’s pretty much the opposite of something to get pumped up about.

I know Menino is a big fan of Brit’s but this song is just too inappropriate.

Dropkick Murphys – “Shipping Up to Boston”

Yes, we know, it is a great pump up song. The Dropkicks are a terrific band and it’s both convenient and appropriate that they’re actually from here. But I can’t help but picture that psycho Jonathan Papelbon’s face when I hear it. So not this time. Not this championship run.

Another can of worms. We all love Neil, but whether we want him to remain a Sox staple is a different question. But seriously, does “Sweet Caroline” really get anybody pumped up?

Enter to win tickets to see Trio Da Kali at The Villa Victoria Center of the Arts (Newton, MA) on April 10th. END_OF_DOCUMENT_TOKEN_TO_BE_REPLACED

END_OF_DOCUMENT_TOKEN_TO_BE_REPLACED

Enter to win tickets to Rhye at The Paradise on February 28th. END_OF_DOCUMENT_TOKEN_TO_BE_REPLACED

The Black and Gold continue their run tonight at TD Garden. END_OF_DOCUMENT_TOKEN_TO_BE_REPLACED

Her new album has been pushed back, but we have Kimbra’s new single for you. END_OF_DOCUMENT_TOKEN_TO_BE_REPLACED

Who will make the Class of 2018? END_OF_DOCUMENT_TOKEN_TO_BE_REPLACED

It’s been awhile since we talked Black and Gold. END_OF_DOCUMENT_TOKEN_TO_BE_REPLACED