This pizzeria fed 15,000 homeless people, one slice at a time 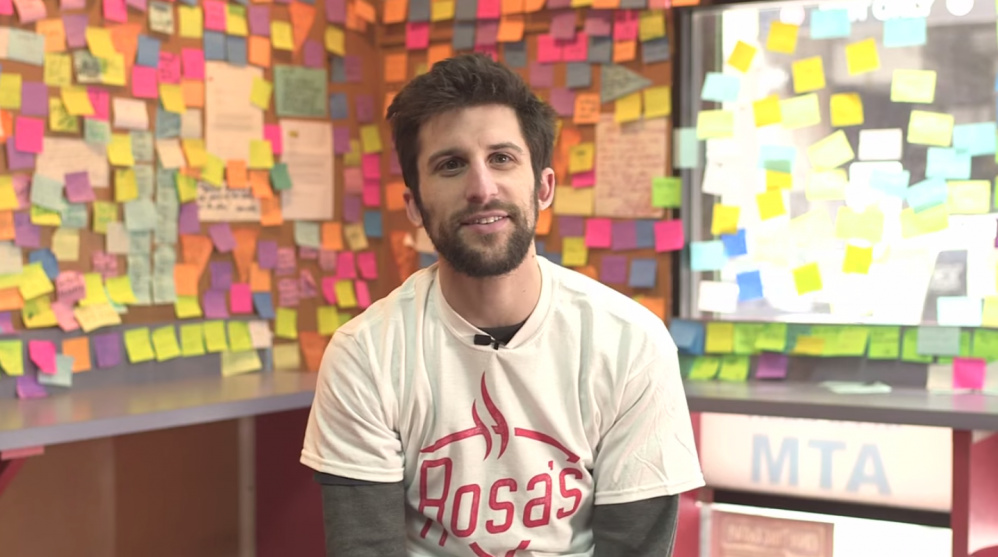 At one dollar a slice, a pizza parlor in Philadelphia has helped feed as many as 15,000 homeless people.

Mason Wartman left his job on Wall Street to start Rosa’s Fresh Pizza. But it was a customer who came up with the idea to pay forward a slice for those in need, starting a charitable chain reaction.

“He offered to pre-purchase a slice for the next homeless person,” Wartman told AOL News.

“I ran out and got Post-it notes and put one up on a wall behind the register to serve as a reminder for me and the employees that, the next time a homeless person came in with a couple cents, we could give him a free slice because it was already paid for.”

Since that first Post-it was stuck to the wall in 2014, thousands of slices have been pre-purchased.

The walls of Rosa’s Fresh Pizza are now plastered with handwritten messages of support from patrons who have paid their pizza forward. These donated slices now account for 10% of Rosa’s overall business.

And in a city like Philadelphia, with the worst poverty rate of any metropolitan area in the United States, this small act of kindness has the power to impact thousands of people.