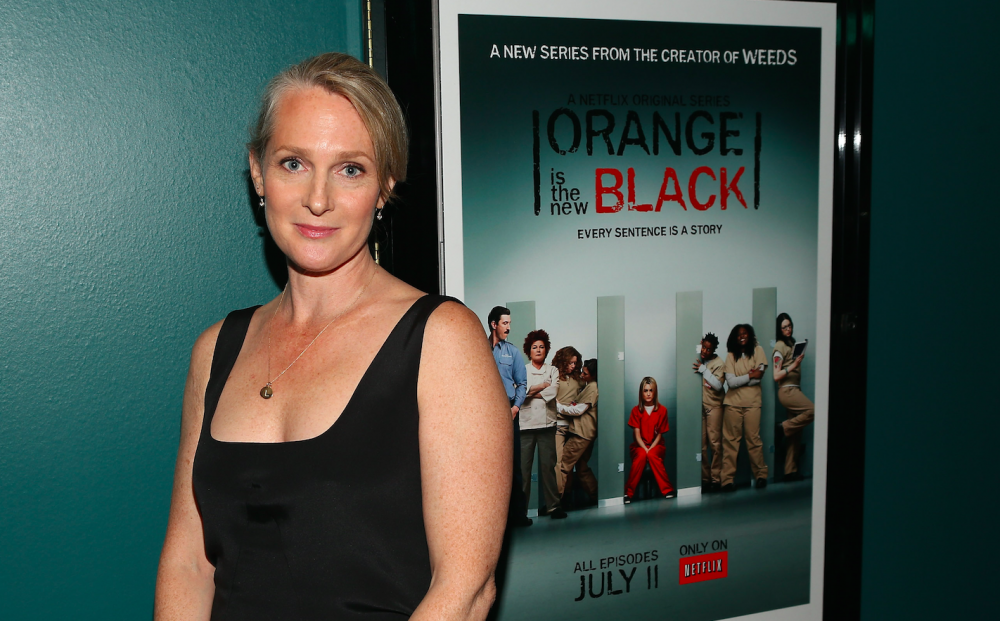 The inspiration behind Orange is the New Black appeared in front of the Senate Homeland Security and Governmental Affairs Committee this week to discuss problems faced specifically by women in prison.

Piper Kerman was indicted for money laundering and drug trafficking in 1998. She pleaded guilty and served 13 months of her 15-month sentence in a Connecticut prison.

She not only walked away from the incarceration with the material needed to write her 2010 autobiography—which went on to become a hit show—she also became an advocate for prison reform.

On Tuesday, testifying alongside Jerome Dillard, a prison reentry coordinator, and Udi Ofer, director of the American Civil Liberties Union of New Jersey, Kerman stressed that there are certain challenges faced only by female inmates and that changes in policies must be made.

“When I was locked up in Danbury, I knew women who were trying to raise their children during brief reunions in the visitors’ room while fending off sexual harassment and struggling with addiction and trying to get a high school education so that, when they got out, they stood some chance of surviving despite their felony conviction,” Kerman explained to the committee.

Kerman said that imprisonment for nonviolent drug offenses unfairly targets women and is ultimately ineffective. She explained that no other crimes were deterred by her being sent to prison and that, had she completed community service instead, greater good could have been done.

Had to include the quote from your namesake T.M. Osborne "Shall our prisons be scrap heaps, or human repair shops?" https://t.co/jVVewSre1N

Still, when she compares her experience to those of the other women she met during her time in Danbury, Kerman realizes the privilege her past and background allotted her.

“When I reflect on the punishment for my crime,” Kerman said, “I certainly cannot protest it when I think about the harshness with which poor people and disproportionately poor people of color are treated in this country.”