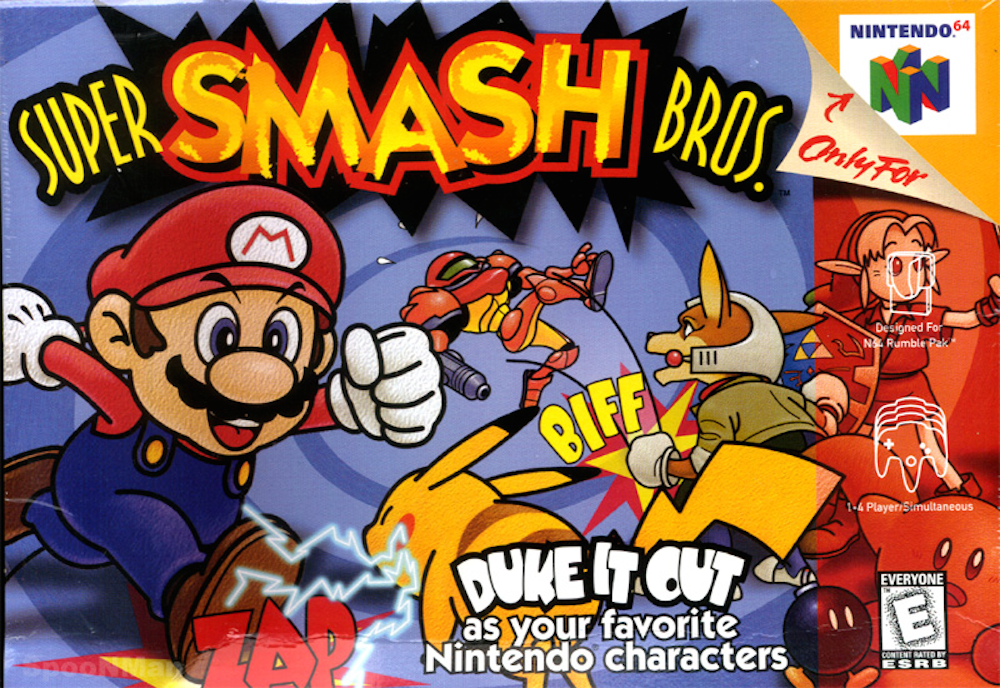 The most glaring flaw I have now, as a (sort of?) fully-grown adult, is my tendency to be passive-aggressive. It’s major. And I don’t have a gripping, memoir-worthy explanation for it, like my family encouraged me not to feel feelings so I don’t know how to express them. Nope.

In fact, I believe that it’s actually all thanks to one majorly successful pop culture beacon of the ’90s: Nintendo.

Yes, I’m serious. Nintendo turned me into a passive-aggressive adult.

Here’s the thing: Francis (that’s my brother) and I were never allowed to fight. No hitting, no yelling, no name-calling. My parents did their parental duties and made sure my brother and I treated each other with respect, kindness, and dignity. Which was great, and everything, but it didn’t really give me a vehicle to release my frustrations. Sports and games and talking about our feelings were never, ever enough of an outlet for the surprisingly immense amounts of rage that I was capable of feeling that early on.

Francis says that he only has pleasant memories of playing video games with me, which I find equal parts comforting (aww, he liked it, that’s sweet!) and disconcerting–because I have a very different perception of our gameplay.

Tiny me saw it as downright warfare.

I was itching for a chance to beat the crap out of Francis, but I never had one–that is, until Super Smash Brothers for the Nintendo 64 was released.

I wrecked him in that game. I mean, I never won because I was small and inexperienced and uncoordinated. But I got to hit him.

In my mind, each battle we played at the Hyrule Stadium level in SSB symbolized the arguments we weren’t allowed to have in real life. He’d take the remote from me, but I couldn’t yell at him and I couldn’t wrestle it back from him. He’d trick me into saying something embarrassing, and my mom would tell me to be big and let it go. So I’d stew.

That is, until a few hours later, wielding only my controller and unshakable fury, I would go at him over everything else.

My parents didn’t question it because he and I technically weren’t fighting. Not in a damaging way, at least. But looking back, it’s clear that using gameplay to passively beat the life out of my brother did not teach the best lessons in conflict resolution.

The University of Michigan Health System encourages parents to resolve issues of sibling rivalry by encouraging fairness, cooperation, and open communication. N64 matches between my brother and I had none of these things.

First of all, Francis was so much better than I was. So he was always victorious. Any attempt to surpass his skills was useless–every time I even marginally managed to improve, he’d already improved tenfold. I got shoved back to square one, yet again scrambling to match him. He was like a real-life level boss, an impossibly strong and impassable villain that I just couldn’t seem to beat, always better than me, always one step ahead. Most little siblings know the feeling.

I hated it. It filled my tiny, 65-pound body with quaking wrath. Wrath that I couldn’t release because I could never beat him. (You see where this vicious cycle is going?)

So, there you go: The “fairness” part that UMich suggested evaporates.

And UMich’s suggestion to set your kids up to focus on “cooperation” rather than competition obviously doesn’t really apply here, either. We were literally competing. Regularly. My deep-seated contention turned what was meant to be a playful, joyful experience into a full-blown, heated mélee. (For the non-Nintendo users out there who may not have gotten the pun, “Mélee” was the name of the second Super Smash game. It’s almost like they knew.)

And it would be comical to even mention the University of Michigan’s suggested “open communication” with a straight face when I talk about my relationship with Super Smash. I never actually got to call Francis a “butthead” and a “jerk” and all the other second-grade insults I could think of. Not to his face. So I just screamed them over and over in my head while I threw hammers and baseball bats at the pixelated fox that represented him.

All our problems were silent, contained, and expressed in three- to five-minute video game brawls. Through this, I learned that if you don’t have anything nice to say, find a socially acceptable way to take out your anger on the person that can pass as harmless and normal.

Which is why I’m intolerable now. Not always, no–only when I’m angry. I’m the expert on manipulatively using “fine” and “whatever,” the master of “It doesn’t matter.” I dole out the silent treatment better than, well, a child.

One time I refused to pet my cat because he took too long to come into my room and say “hi” to me. I’m not proud.

But, there’s good news. Now that I’ve drawn this very clear line between Nintendo and my passive-aggressive tendencies, I have a solution: I just need to get my hands on a WiiU.

A new kind of relationship therapy: Lock yourself in a room with your boy- and/or girlfriend and play Smash until you’re not angry anymore. Shove pixellated him/her off a cliff and throw green shells at their face and use the beam sword on them ’til all the rage is out of your system.

I probably have a selective memory. My parents aren’t negligent, and I doubt they let Francis and me go our entire childhoods without talking out our problems. But I don’t remember that. I remember my heart and soul being crushed as I tried desperately to destroy my brother at Yoshi’s Island.

And, for the record, I want everyone to know that my brother and I are very close now.

I no longer have the desire to call him “stinky” or obliterate him with virtual ray guns. I can’t remember the last time we had a conflict because he has found it in him to like me despite my glaring passive-aggression issue. And a lot of the reason that he and I are so good with each other is because we did have a lot fun together, from when we were kids up until now. 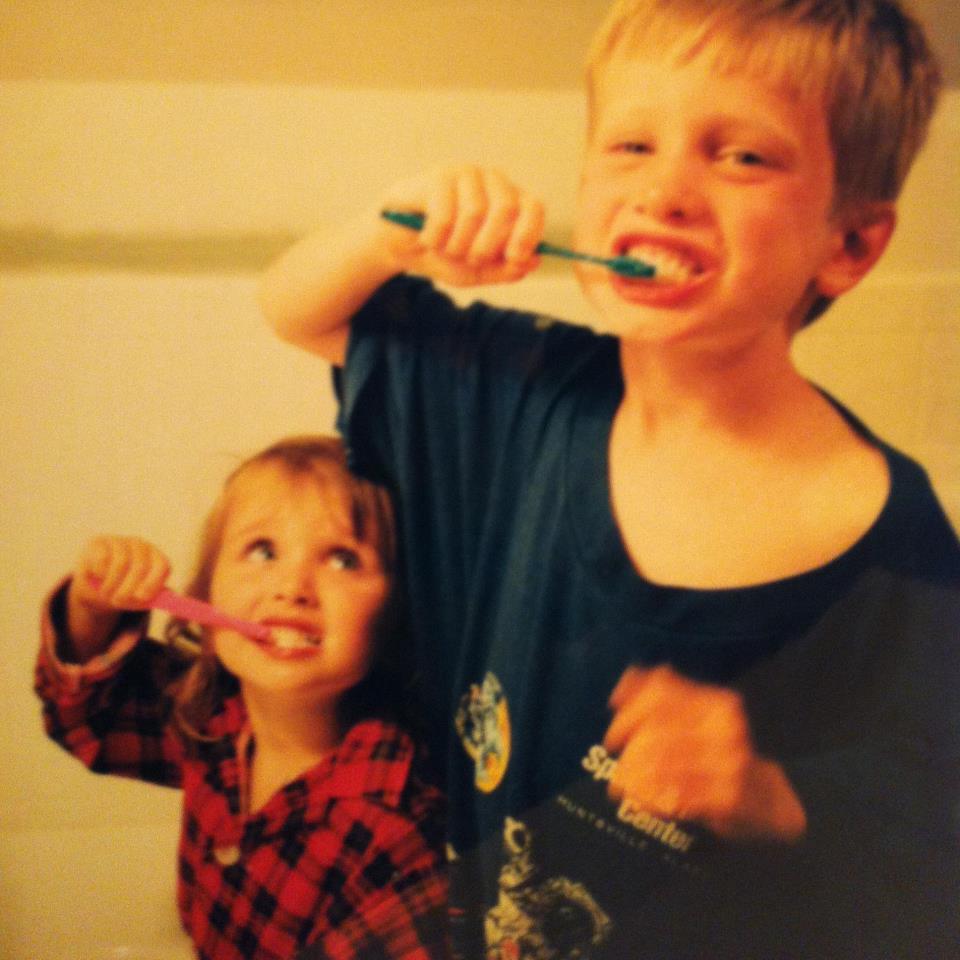 Just not when we played Smash. Not in my mind.

And don’t even get me started on Mario Kart.