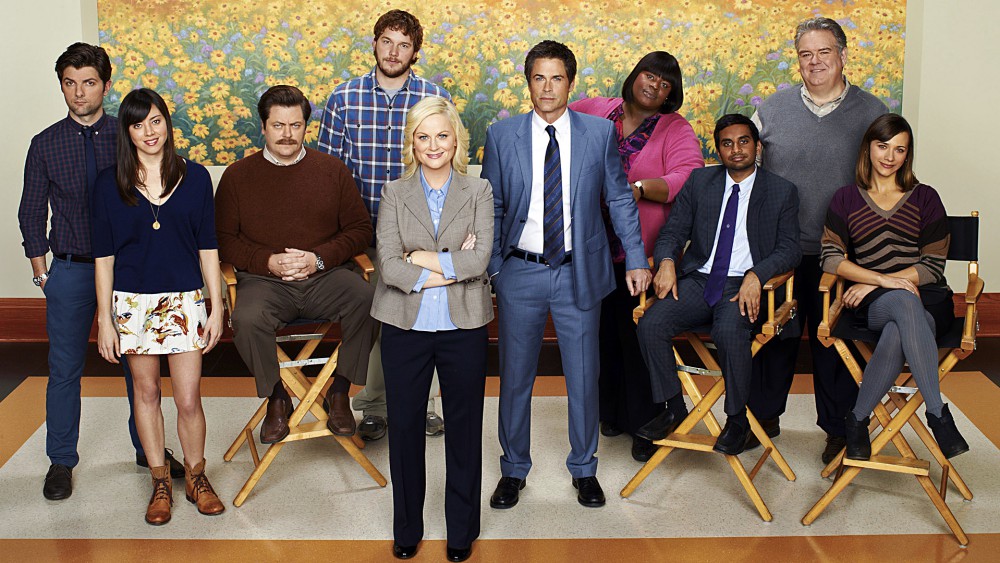 Tonight, Parks and Recreation, one of the best American comedies of this century, comes to a close with an hour-long finale at 10/9c. Through seven seasons, we’ve grown to love the familial bonds of friendship formed by Leslie Knope, Ron Swanson, April Ludgate, and the rest of the cast. But what truly made Parks and Rec incredible was its commitement to fleshing out the city of Pawnee, building the largest universe of secondary characters in a television show since The Simpsons.

Characters like over-explaining / under-comprehending newscaster Perd Hapley, budding rap superstar / sing-talker Jean-Ralphio Saperstein and living, breathing embodiment of goth Orin are all integral pieces of thread holding the tapestry of Pawnee together. Without them, the show would still be a great workplace comedy about local government, but building out the city of Pawnee let Parks & Rec succeed on a much grander scale.

After last week’s penultimate episodes, the futures of many characters were teased out. April and Andy are moving to Washington DC along with Leslie and Ben, Joe and Donna are moving to Seattle, and Jerry is finally retiring. With so many new beginnings spelled out, it’s natural for viewers to start thinking about spinoffs (especially after the full episode shot as an episode of Andy Dwyer’s Johnny Karate.)

Since its debut, Better Call Saul, the Breaking Bad spinoff starring Bob Odenkirk, has smashed cable records left and right, proving that the viewing public’s appetite for spinoffs was not permanently scarred by Joey. With the prospect of no more Parks and Rec too much to bear, we came up with a list of ten spinoffs that we would watch in a Pawnee minute (equivalent to 27.5 New York minute due to the town’s legendary obesity problem). 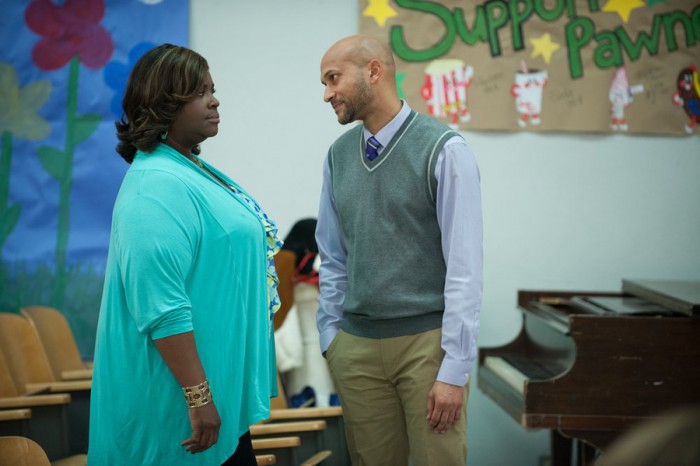 Plot Summary: After stating their intentions to move to Seattle, Donna and Joe do an about-face and open up their own law practice in Boston, following in the footsteps of Ally McBeal.

Though business is tough, their firm makes a breakthrough in a landmark copyright infringement case when teen star Chip McCapp (Bo Burnham) creates his own country-fried version of “Pony” without Donna’s cousin Ginuwine’s permission. Soon, business is booming, and Donna morphs from sassy government drone to full-fledged Meagle legal eagle. 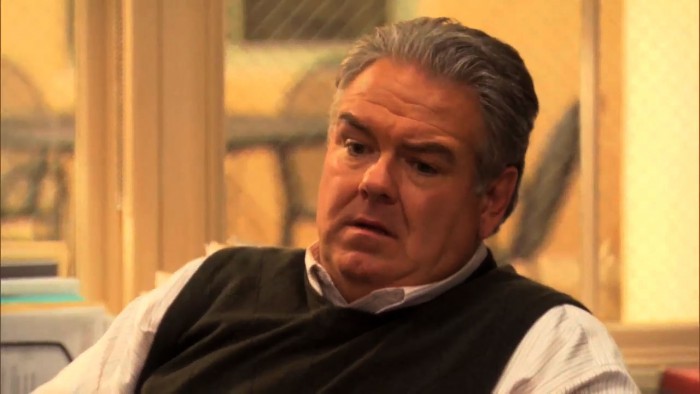 Plot Summary: Mere months after retiring, Jerry suffers another massive fart attack. But due to a notarizing error, his government pension was sent to the wrong man, leaving Jerry with nothing. Desperate to keep his family happy without worrying them, Jerry breaks bad, turning to a less-than-legal activities to make ends meet.

Though things don’t always go right for Jerry, he proves surprisingly adept at living a life of crime. The show features a cameo from Curtis “50 Cent” Jackson as Chet Jones, the hip-hop impresario running the biggest heroin operation in the Midwest — until Jerry gets involved, that is. 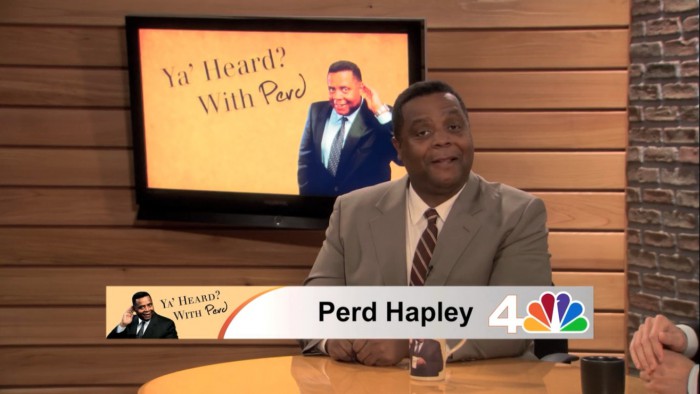 Plot Summary: Despite tech giant Gryzzl’s stated best intentions, it doesn’t take long for the company to buy up every media property in town and create the vertically integrated Gryzzl News, housing every diverse Pawnee media personality under one roof.

Like a Midwestern Newsradio, the star’s titanic egos initially clash, but when Gryzzl CEO Mike Bean brings in his own people to “optimize content for maximum Gryzzl shareability,” the veterans have to join together to fight for their jobs.

Tammy is the New Black 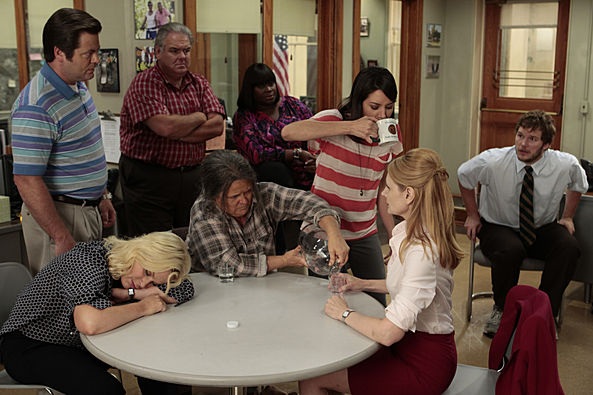 Plot Summary: After being imprisoned for separate crimes of passion involving their former lover Ron Swanson, Tammy 2 (nabbed for burning down Ron’s cabin) and Tammy 1 (who held Ron captive in a Misery-style imprisonment scheme) become cellmates with Ron’s mother, Tammy Zero, in prison herself for tax evasion.

Though the women’s relationship is initially frosty, they eventually help each other move past their Ron obsession. In the process they learn more about each other, and more importantly, themselves. Featuring Louis C.K. as Dave Sanderson, the prison guard with a heart of gold who nurses a soft spot for Tammy 1. 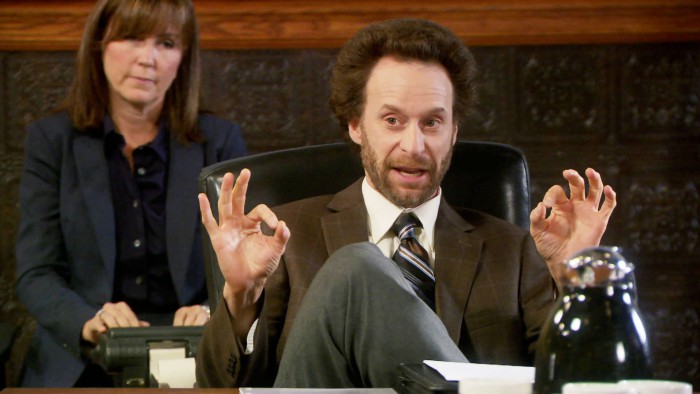 Plot Summary: After the departure of Leslie Knope from Pawnee City Council, the death of Mayor Gunderson (Bill Murray) and the inevitable death of ageless wonder Councilman Milton (due to toxic hair dye fumes), the town devolves into a House of Cards-style backstabbing and ladder-climbing.

At the top of the heap is the sniveling Jeremy Jamm, who teams with political strategist Jen Barkley to make a run at Mayor. Like black mold, Jamm is unsightly, causes nausea when one is overexposed, and worst of all, can’t be removed. 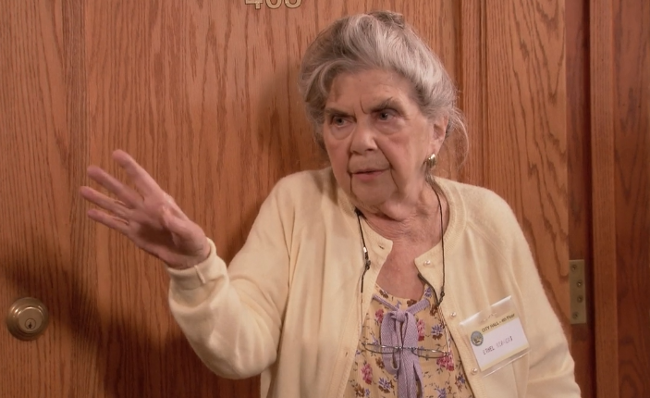 Plot Summary:
A Parks and Rec prequel, Beavers Dam is a Mad Men-esque look at the early days of Pawnee’s city government, when the alcohol ran freely and the men ran the show. Young Ethel Beavers is a fresh-faced college graduate looking to get involved in civic engagement at the ground floor. And while she doesn’t initially make a difference, she does make a friend (and more!) in Walter Gunderson (Beck Bennett), a young city councilman with mayoral ambitions.

With the sexual and political intrigue of Scandal and the retrograde gender roles of Mad Men, Beavers Dam gives viewers a glimpse at the alluring woman Ethel Beavers once was. Of course, avid P&R viewers know that Ethel really never lost her powers of attraction. 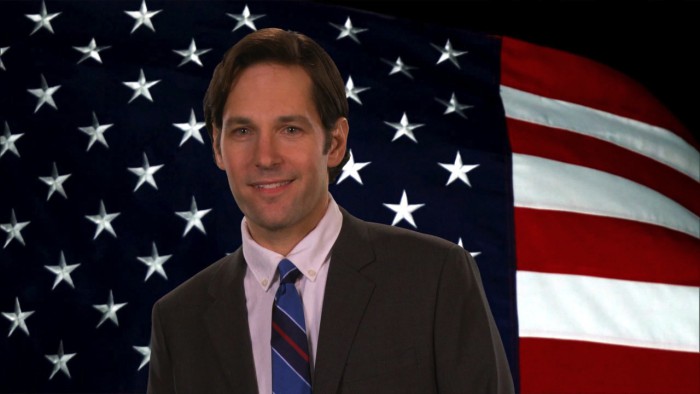 Plot Summary: After selling their land to Gryzzl, the Newport family uses their newfound fortune to buy an oceanfront property in Beverly Hills. Jessica Wicks is used to money buying her everything, but she soon finds her Midwestern sensibilities make her the object of her old-money neighbor’s scorn.

Compounding her troubles, fellow Newportian Bobby assimilates into the beach culture with ease, having received a yacht at age 12 and lacking the capacity for critical thought. What follows is The OC with a deep-fried Midwestern sheen.

Plot Summary: Twenty years after founding Very Good Building Company, Ron Swanson’s firm has fallen into disrepair, thanks to a combination of his stubborn refusal to advertise and the IKEA next door. When Ron’s son Don returns from college, it’s up to him to save the company, and bond with a father with whom he hasn’t spoken to in five years.

With Ron’s cantankerous personality driving away potential customers, it’s up to Don to act as peacemaker while selling people on the enduring quality of their products.

Plot Summary: Away from the hustle and bustle of City Hall, there’s some strange happenings in the city of Pawnee. The raccoons are acting more rabid than usual, and people have been disappearing near the creepy old man’s house on the edge of town. Only Orin, the high school oddball with a strange ability to sense death and despair, notices these foreboding events.

Once Pawnee High turns into a literal portal to Hell (as opposed to the figurative one it previously was due to lack of funding), Orin is finally able to find two students, Natalie Ludgate (April’s younger sister) and Greg Pikitis, who notice the satanic forces manifesting. Together, they fight the forces of evil while attempting to lead normal teenage lives — or as normal as they can be. 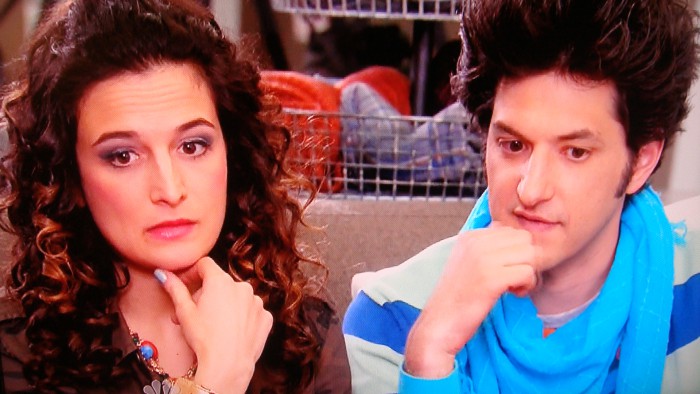 Plot Summary: After sleeping with and physically threatening a reality show producer for Bravo, Mona-Lisa lands her own show, despite having no discernible talent or rich housewife friends. Though her brother Jean-Ralphio and father Dr. Saperstein feature heavily, Mona-Lisa scrapped the proposed title Keeping Up With the Sapersteins by throwing a huge tantrum at Paunch Burger that required police intervention.

Viewers will hate-watch the Saperstein clan each week, as Mona-Lisa deals with the fallout of her sex tape with Councilman Dexhart, Jean-Ralphio struggles to get his fledgling rap career off the ground, and Dr. Saperstein begrudgingly indulges their every whim. 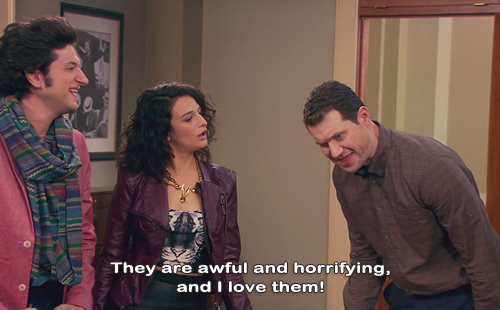 Before all ten of these spinoffs inevitably get picked up for pilot season, join us in cry-watching the final Parks and Rec tonight at 10/9c.

Always a pleasure to have Boston.com’s Perry Eaton in studio for a chat. After we talked a bit about Pearl Jam at Fenway and Perry’s new podcast, he filled us in on Game of Thrones live and Narragansett’s new Bananagrams-themed brew. END_OF_DOCUMENT_TOKEN_TO_BE_REPLACED

No, not from afar, from the comfort of her couch. From the actual awards themselves. That’s where Meredith Goldstein was for the Oscars. She shared all the juicy, first-hand details with me. END_OF_DOCUMENT_TOKEN_TO_BE_REPLACED

It was wonderful having our good friend Meredith Goldstein back in studio this morning. She dug into the latest edition of Love Letters, which prompted us to play this song. And of course we had to discuss the Oscars. Make sure you’re following Meredith on Twitter, as she’ll be live-tweeting the awards this Sunday night. END_OF_DOCUMENT_TOKEN_TO_BE_REPLACED

Our first edition of TV Sets for 2016 might be better than every edition from 2015. END_OF_DOCUMENT_TOKEN_TO_BE_REPLACED