Why The Joan Rivers ‘In Memoriam’ Snub Is Important 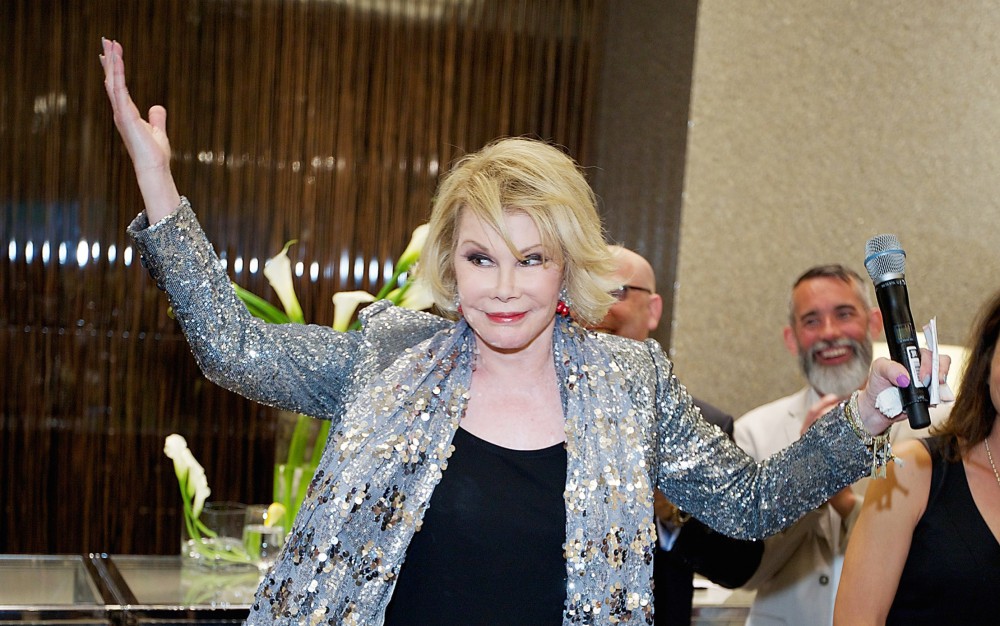 Rivers claimed to have been the first to say, “What are you wearing?” on the red carpet, a phrase that has recently come under fire as campaigns like Amy Poehler’s Smart Girls beg the media to #AskHerMore. But it was a testament to Rivers’ guts as a comedic disruptor– she did things her way, and was confident in her humor.

It’s no surprise then, that this movement, one that has taken off among fed-up nominees like Reese Witherspoon, arrives during the first season where the red carpet’s favorite commentator was absent.

Sure, Joan hadn’t been on the carpet herself for many years, but the comedienne could always be counted on for signature zings or on her constantly updated Twitter feed. Even into her eighties, she remained on trend.

She put her biting style of comedy to use on the red carpet at every major awards show for decades with her daughter Melissa and hosted E!’s Fashion Police while maintaining a steady stream of standup dates until her death last fall at the age of 81. She was a work horse that made it look easy, keeping her jokes organized in an enormous filing cabinet: 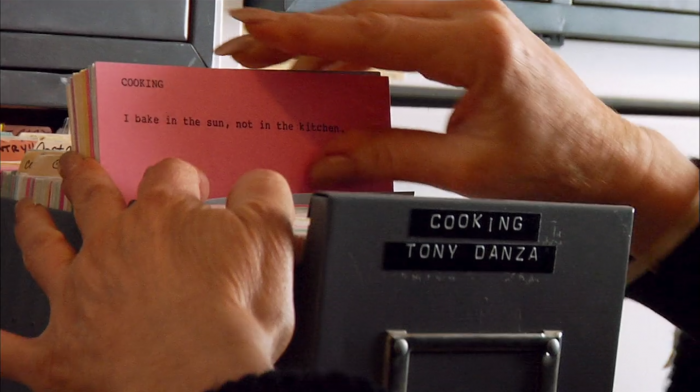 Like her Fashion Police replacement and eternal worshipper at the altar of Joan, Kathy Griffin, Joan brought a personality to the red carpet that others just can’t duplicate.

“I ask questions that I’m interested in,” Rivers said when asked about her broadcast style, and said that her questions were never planned or scripted.

Of course, Joan’s larger-than-life personality had its drawbacks and risks. Year after year, she’d receive criticism for tasteless jokes and the use of dated terms, but her comedic persona gave every comment a much-needed grain of salt. Unlike the Mani-Cams (which E! discontinued after poor reception earlier in the season) and 360 Glam Cams that red carpet attendees have become increasingly frustrated with, the beauty of Joan’s coverage were the conversations she had with the nominees, and their frustration and bemusement at her perspective.

“The smart ones know it’s never done maliciously…it’s just the way I interview,” she continued.

In typical Rivers fashion, the comedienne was well aware and unashamed that her coverage wouldn’t sit well with all.

“No one does the red carpet like us,” she said in an interview with Bloomberg Business last year with Melissa.

Although a good part of her legacy has left many gender equality advocates frustrated, Rivers did ask more, in response to the Poehler campaign. It was a testament to her flexibility and versatility as a funny person. Many hosts today are too afraid, not talented enough or simply unable to channel the same frenetic energy that Rivers encompassed. The less that hosts have been able to support a broadcast with their own personality, the more we see visual crutches like the 360 Glam Cam come into play.

Understandably, this intense scrutiny has many actors and actresses fed up. From Jennifer Aniston and Julianne Moore’s indignant refusal to participate in the Mani-Cam to Cate Blanchett’s famous “Do you do that to the guys?” at last year’s SAG broadcast, it’s clear that the landscape is changing — as it should.

At the end of the day, it’s undeniable that Rivers contributed to the critical profiling that red carpet culture is now under fire for. But consider what you find yourself looking at the morning after the Oscars: the winners, the best moments and of course, the best and worst dressed.

Yes, it is still the red carpet without Joan, but it’s a parody of itself. It’s unchecked, vapid voyeurism that, despite millions of dollars in fabric and diamonds, could never replace a sense of humor. She should have been honored, and there’s no good excuse for leaving her out.

In a year where Patricia Arquette made headlines for advocating gender equality, this snub seems especially unfair, and there’s no doubt that Rivers is somewhere screaming about it.

Click here to see where we’ll be the rest of the season! END_OF_DOCUMENT_TOKEN_TO_BE_REPLACED

We kicked off our 2018 season on the coldest day EVER. END_OF_DOCUMENT_TOKEN_TO_BE_REPLACED

A decade of Wreck The Halls. END_OF_DOCUMENT_TOKEN_TO_BE_REPLACED

Golden Globe and Emmy nominee Benjamin Wallfisch is the composer responsible for the score of the hit movie IT. I talked to Ben about his approach to scoring the new version of this iconic story and his thoughts on film and music overall. Some very insightful commentary; listen in. END_OF_DOCUMENT_TOKEN_TO_BE_REPLACED

Our annual sushi celebration is fast becoming the social event of the season. END_OF_DOCUMENT_TOKEN_TO_BE_REPLACED