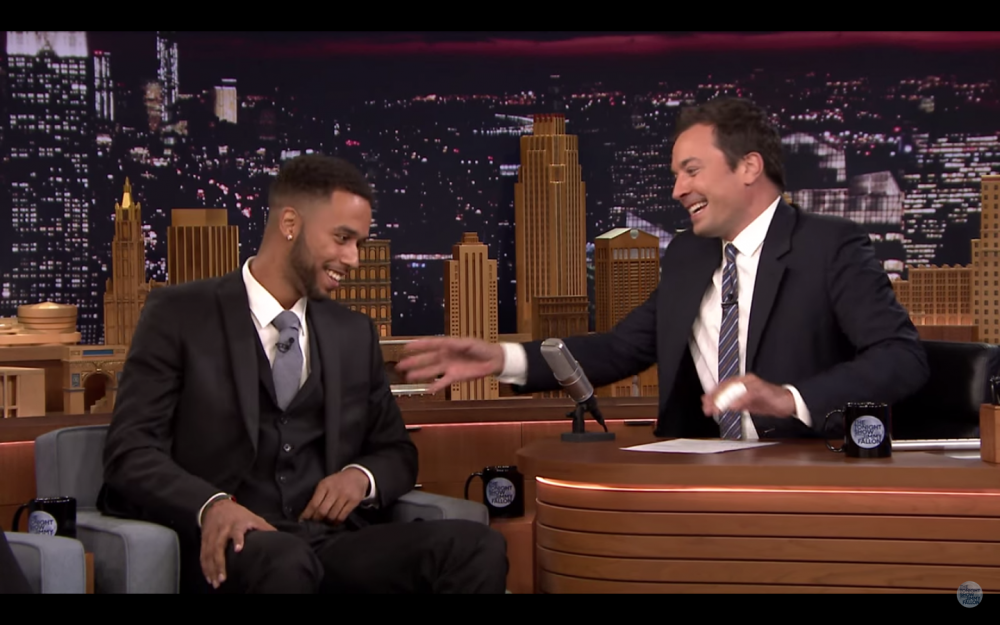 In the wrong place at the right time, Anthony Sadler helped thwart a terrorist attack on a French train last month. A train that he almost didn’t board.

Sadler, a 23-year-old student from California, and two friends were on a train from Amsterdam to Paris on August 21. Recalling his experience to Jimmy Fallon on The Tonight Show, Sadler explained that he was awoken by the commotion that erupted after the sound of gunshots and broken glass were heard inside the train.

Next thing he knew, he saw a man coming into the train with a cocked AK-47.

But the two friends Sadler was traveling with were well-prepared for this exact kind of situation.

According to the Associated Press, Spencer Stone is a U.S. Air Force member and Alek Skarlatos is a member of the Oregon National Guard. And, though the following series of events sounds like a movie plot, Sadler explained that their response to the gun-wielding man took place over the span of only a minute or two.

“Spencer hopped on him and, a few seconds later, me and Alek were there,” Sadler said. “In the midst of us beating him up, he pulled out a box cutter. Spencer had him in a choke-hold and [the terrorist] tried to cut him. So, we had to beat him up a little more.”

The three young men then tied up the gunman and waited for the train to pull into the next stop—which was another 20 minutes away.

But Sadler, Stone, and Skarlatos almost weren’t on that train at all.

“We were having so much fun in Amsterdam, we actually almost stayed.”

By making that train, they helped ensure that not one life was lost on it.  Sadler, Stone, and Skarlatos were awarded the prestigious French Legion of Honor for their act of bravery.