The Old Dominion chapter of the Sigma Nu fraternity has come under fire after offensive banners were hung outside a private home where some of its members live.

The banners encouraged a “freshman daughter drop off.” 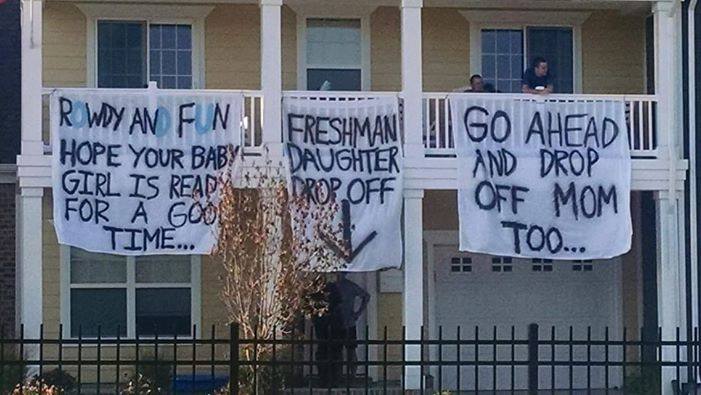 Even for a frat, they were remarkably offensive and dumb. 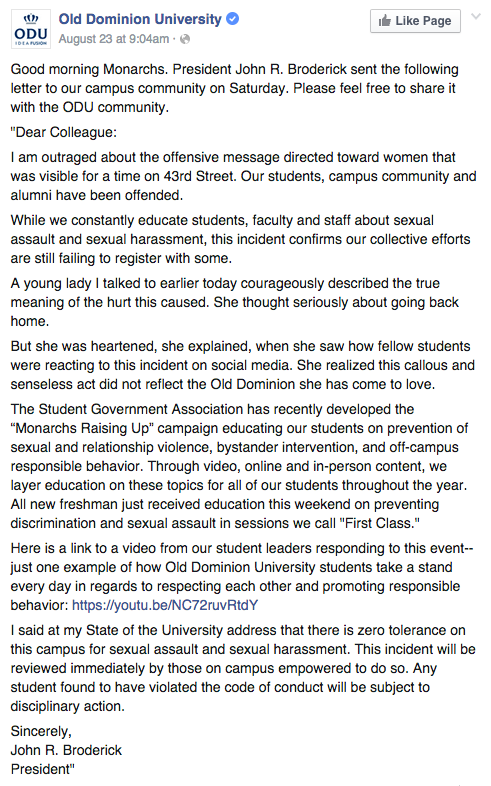 “Sigma Nu Fraternity has suspended the activities of the Eta Chi Chapter at Old Dominion University pending completion of an investigation into offensive banners displayed from an off campus, privately-owned property near the ODU campus last week,” the national Sigma Nu organization said in a statement. “The Fraternity condemns the derogatory and demeaning language used on the banners.”

Meanwhile, our sentiments were captured perfectly in this tweet:

"We're the driving force of college rape culture and we should be banned from campus" #ODU #RapeCulture pic.twitter.com/fob5fBXMkL