Obama talks healthcare with Zach Galifianakis on ‘Between Two Ferns’ 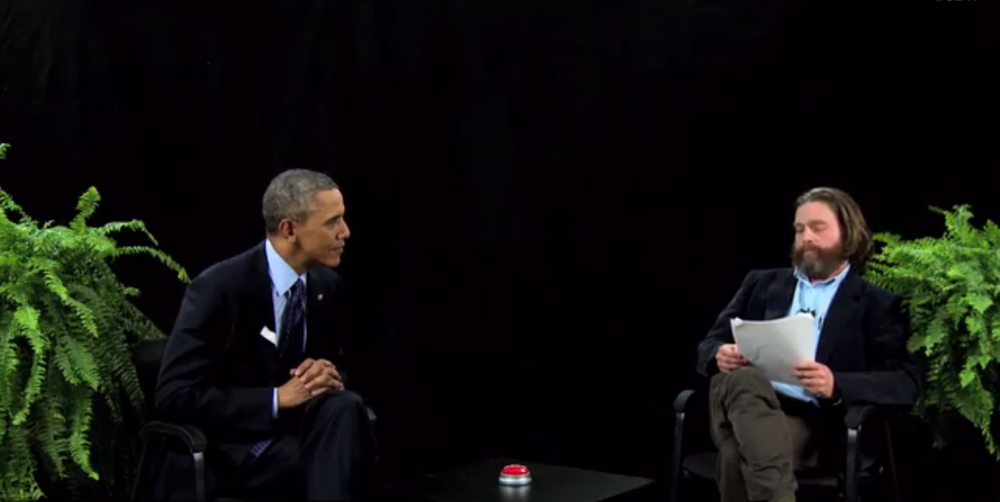 Zach Galifianakis has hosted the likes of Justin Bieber, Natalie Portman, and Bradley Cooper on his awkward staged-interview segment, Funny or Die‘s “Between Two Ferns,” but he somehow landed an interview with a man of great importance this time around: President Barack Obama. Galifianakis, known for his roles in “The Hangover” (as Obama would point out), isn’t shy about taking some jabs at the President, maybe even toeing the line on a few cracks, but Obama not only takes the jokes like a champ, he delivers them right back.

Obama also uses the opportunity to plug the Affordable Healthcare Act. It may seem as though “Between Two Ferns” wouldn’t be the most effective platform to talk policy, but sadly, this will be the first time an enormous (mostly young) audience will learn about the health insurance they can receive by the end of this month. What’s your opinion? Humor aside, was this a good move to help spread awareness?