How NPR’s ‘Wait Wait… Don’t Tell Me!’ Is Conquering Twitter With A Pretzel Thin 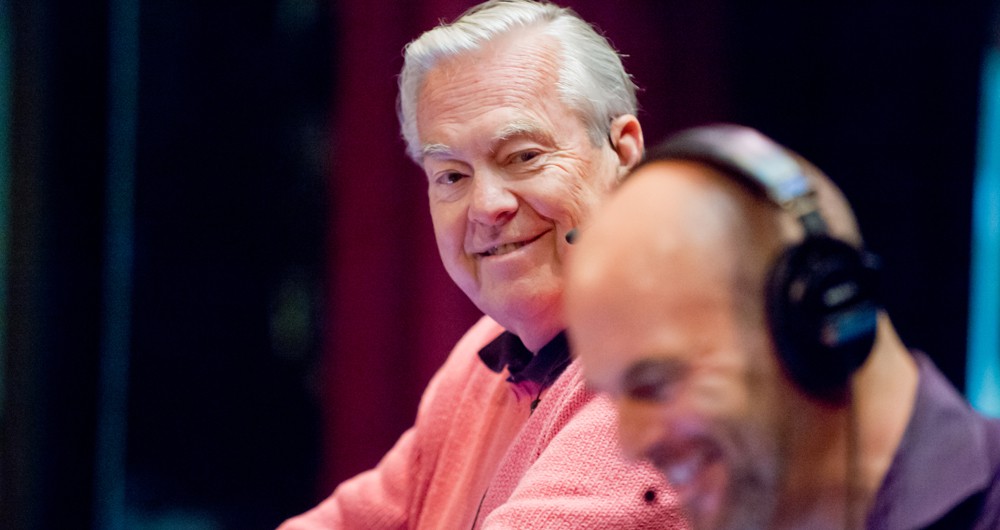 During a typical Monday lunch hour in March, Miles Doornbos tweeted a blurry photo of a pretzel thin. He’d found the discarded food item in one of his Chicago office building’s stairwells. So what? Instagrammed food pics, people named “Miles,” and the conjugation of made-up words like “Instagram” are commonplace these days. What makes Doornbos’s tweet so special?

Day 1: Pretzel thin that used to be on our office stairwell has found a new home. Updates to follow. pic.twitter.com/uzMFRsPCTJ

He used the Wait Wait… Don’t Tell Me! Twitter handle, one of a few social media accounts that belong to the popular weekly panel show at National Public Radio. Yes, that’s right – public radio uses social media. And you know what? Thanks to Doornbos, who attended Emerson, and other young NPR interns turned full-timers, they’re pretty damn good at it.

“They got me instead,” jokes Doornbos. “ We’re eventually going to hire a 13-year-old because they really know their way around.” 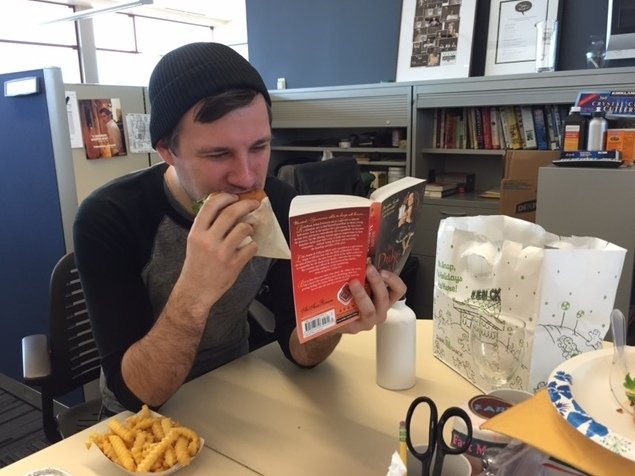 The comedy duo discussed their social media shenanigans with us back in March. Wait Wait… Don’t Tell Me!, which has “deep roots in Boston,” returns to New England this Thursday to do a live show at the Wang Theatre.

“We had a very, very tiny staff,” says Kramer. “It wasn’t as high a priority as booking a guest for the show.”

When Doornbos came on board in 2013 as an intern, social media was still quite low on Wait Wait‘s totem pole. It wasn’t until they hired him as a production assistant that Twitter and affiliated outlets began expanding.

“Not much of what we do is that planned out. The discussions that we have, between myself and our executive producers, about what the Wait Wait account should and shouldn’t be, were pretty short,” he says. “So keeping it light, and making it mostly an outlet for jokes that are tied to links to ticket sales.”

This is why tweets about pretzel thins are more likely to pop up than stale promotional links determined by an editorial calendar. The numbers don’t lie – despite being six-years-old, @waitwait only has just under 4,300 total tweets to its name. Most are comedic in nature, spinning off from the same writers room that produces the weekly show.

“As long as I keep it within the voice of the show, I’m able to do whatever I want, which is really, really nice. It’s the best Twitter handle to work for at NPR because we don’t do anything important.”

“You really couldn’t do the pretzel thing from the ATC [All Things Considered] account,” notes Sagal.

Yet even something as silly as a pretzel thin isn’t entirely random. Like any good purveyor of social media content, Doornbos saw an opportunity and seized it. What appeared to be a chunk of semi-edible refuse was actually something that the Wait Wait digital audience would enjoy. So Miles followed its progress and provided the @waitwait followers with daily updates:

Sure, a public radio employee used an authenticated (blue check mark and all) Twitter page to tweet about junk food for five days straight. But if you’ve ever listened to the program, you know that such an oddly funny display is well “within the voice of the show.”

This is especially true of Sagal and Doornbos’s working relationship, which Wait Wait listeners are made privy to on a daily basis. Despite his feigned ignorance, Peter displays an erudite handling of Twitter with his very own account, @PeterSagal. With Miles at @waitwait, the pair regularly trades public jabs for the amusement of their fans. 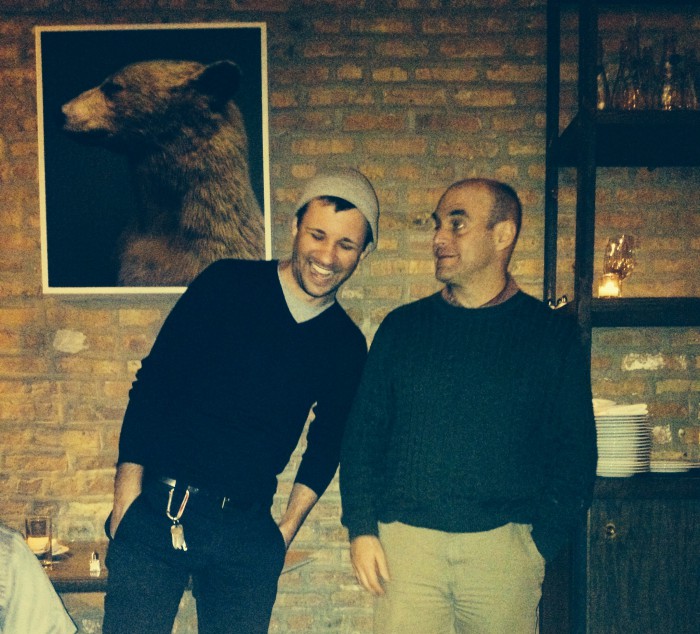 “Obviously because both of us, for different reasons, are constantly on Twitter,” says Doornbos. “Myself because it’s my job, and Peter because he’s desperately trying to avoid his.”

Many of their jokes play off of their boss-employee dynamic, like when Wait Wait team flew back to Chicago after a show in New Orleans. Their seating arrangement presented Miles with some fresh material:

The guy in front of me leaned his seat all the way back. I found out his handle is @petersagal. Let's shame him! pic.twitter.com/UN6HbiI36n

@waitwait I thought I heard a familiar strangled cry of pain!

The shared history of the two accounts is rife with similar back-and-forths. It happens so often that listeners theorized that it was all the work of one person. Sagal was often the target of these accusations, but instead of discrediting them, he and Doornbos decided to keep the mystery alive.

This works very well for Wait Wait, whose weekly broadcast audience numbers 3.8 million. The podcast version of the show is downloaded 6.4 million times every month, and half of these are people aged 18 to 34. This makes perfect sense considering that half of all Twitter users fall under the age of 35.

“I think a part of what makes radio so enticing is that you begin to feel like you know these people and you’re friends, and having the same thing on Twitter is a natural extension of that friendship,” says Doornbos.

Always ready with a rejoinder, Sagal chimes in: “It’s another way to pretend you have friends.”

The Wait Wait… Don’t Tell Me! live show begins this Thursday, April 16 at 7:30 p.m. at the Wang Theatre. Click here for tickets.

END_OF_DOCUMENT_TOKEN_TO_BE_REPLACED

Enter to win a pair of tickets to attend The Hess Collection Seminar and Dinner as part of Boston Wine Festival 2018 at the Boston Harbor Hotel on Wednesday, March 14th. END_OF_DOCUMENT_TOKEN_TO_BE_REPLACED

I referred to it as the “best kept secret” in Boston arts for the holidays. END_OF_DOCUMENT_TOKEN_TO_BE_REPLACED

Boston’s arts scene shines at this time of year. END_OF_DOCUMENT_TOKEN_TO_BE_REPLACED

It’s so much more than a holiday show. END_OF_DOCUMENT_TOKEN_TO_BE_REPLACED

Rock for a cause this holiday season. END_OF_DOCUMENT_TOKEN_TO_BE_REPLACED

Get out and see a show this holiday season, and save some money when you do. END_OF_DOCUMENT_TOKEN_TO_BE_REPLACED

You can help give the gift of music to kids in need this holiday season. END_OF_DOCUMENT_TOKEN_TO_BE_REPLACED

Be honest: when’s the last time you attended a Gala? END_OF_DOCUMENT_TOKEN_TO_BE_REPLACED