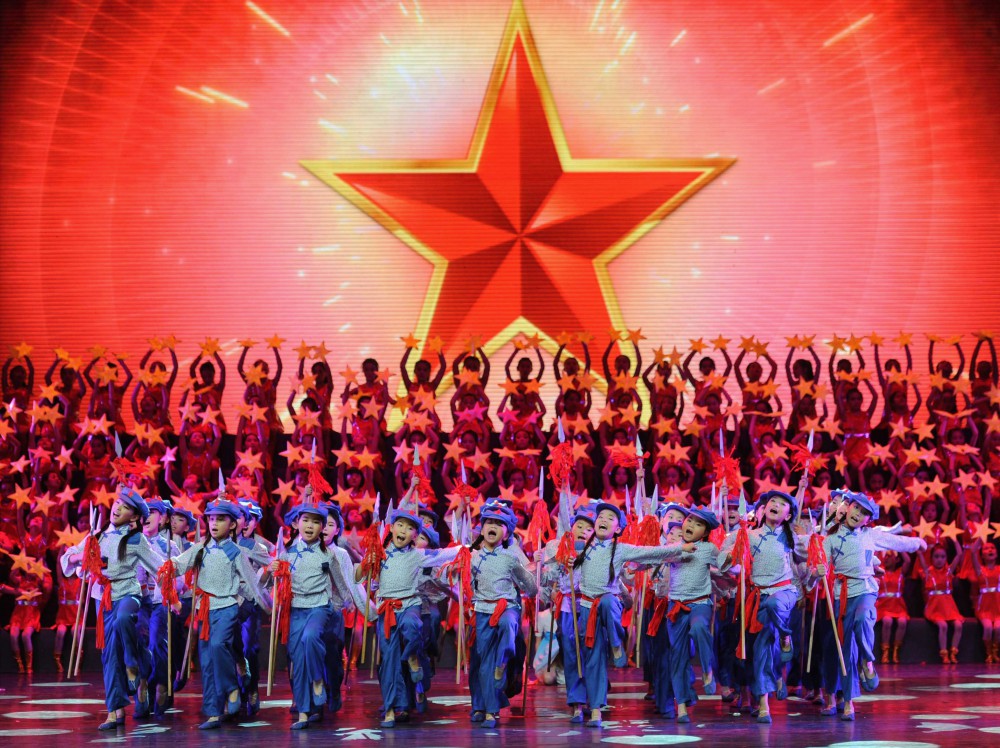 Hollywood, grab your Black List, because you’ve got hundreds of New Mexico teenagers to add to your roster. Cottonwood Classical Prep recently voted its prom theme “Prom-munism” after an online vote in which the senior class reflected a majority vote (which, ahem, is not what communism is about but no one asked me).

Understandably, the prom’s theme has caused a bit of a stir, both in the community and by national critics, but senior Sarah Zachary told KQRE that the theme was conceived all in good fun.

“We have a lot of jokesters in our grade, so they wanted it to be funny and a lot of them are really intense with politics,” she said.

According to Cottonwood Prep executive director Sam Obenshain, many of the seniors took an interest in communist culture via a world history course offered through the International Baccalaureate program that focuses on communism throughout history across the world. The other theme eligible in the vote was “A Night in the Reef,” as the prom is expected to be held at the Albuquerque Aquarium. Obenshain will be discussing the prom theme with the students this week.

Other students at Cottonwood Prep found the prom’s theme humorless, a conviction that I suspect would fall apart pretty quickly if a senior asked them to go as their date.

“I honestly don’t think it’s that funny,” said Cole Page, a sophomore who probably cried when Two and a Half Men ended.

To the underclassmen of this fine institution – don’t let the senior class tell you that “Prom-munism” is exclusive to them, “Prom-munism” was founded on the tenant that everyone is equally involved. The Class of 2015 has rendered itself class-less – SENIORS, YOU HAVE MADE YOUR IRONIC PROM BED, NOW LAY IN IT.

This should never have happened. END_OF_DOCUMENT_TOKEN_TO_BE_REPLACED

I spend far too much time on Twitter. Here’s a handful of posts from last year that I found to be entertaining on one level or another. Enjoy. END_OF_DOCUMENT_TOKEN_TO_BE_REPLACED

Apologies in advance for burying this in your skull forever. END_OF_DOCUMENT_TOKEN_TO_BE_REPLACED

If you like cover songs, you’re gonna love this. And by love, we mean probably hate. END_OF_DOCUMENT_TOKEN_TO_BE_REPLACED

Whether you celebrate the unofficial beginning of summer on Memorial Day weekend, or Meteorological Summer on June 1, or the Summer Solstice, make no mistake: summer is here. END_OF_DOCUMENT_TOKEN_TO_BE_REPLACED

The nu-metal mainstays have covered the unlikeliest of songs. END_OF_DOCUMENT_TOKEN_TO_BE_REPLACED

Ladies and gentlemen, from the far-reaches of the internet, I present to you…La Boing Boing Rock Band. END_OF_DOCUMENT_TOKEN_TO_BE_REPLACED