New iPad is coming, just a bit too late 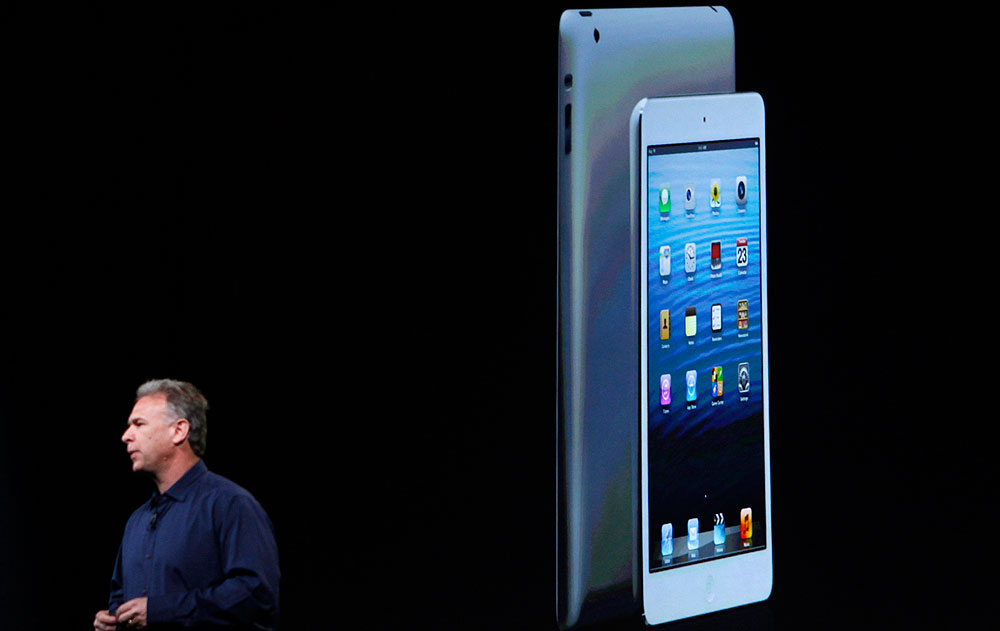 There are lots of rumors floating around, from the long awaited Retina display on the iPad Mini to faster guts to its ability to turn previous generation iPads into solid gold. No, it probably won’t turn other iPads into gold. I made that up. But hey, since everything is technically speculation right now, maybe it can happen, right?

Apple is holding its next press event Tuesday, Oct. 22, and the company is expected to release the fifth generation iPad, Retina iPad Mini, crazy-fast MacBook Pros, and the infamous iTrashcan, also known as the Mac Pro. The biggest news, hands down, will be the iPad Mini, which is expected to outsell the iPad 2:1, according to some analysts.

It’s been some time since the iPad Mini’s last refresh, and to be honest, I think it was just a bit too slow. The second generation Nexus 7 was released months ago with a higher resolution display than the current iPad Mini, fast internals, and a great operating system — all for $100 less than the iPad Mini (Nexus 7, 16GB Wi-Fi: $227.44; iPad Mini, 16GB Wi-Fi: $334.99).

And the Nexus 7 has wireless charging, which is really freaking cool. No cables needed. It sounds like such a small little quirk, but when you own a phone with that same feature, you start wondering…why doesn’t Apple have this yet?

I own a Nexus 7 and I love it. It works great on its own and syncs well with all of my Google services. It’s the perfect size, slick, and cheaper than the iPad. I saw no reason to spend an extra $100 on a device that still, for some reason, has a 4:3 display. It would be nice, on occasion, to watch movies on the train to New York City without losing a majority of resolution due to a “design choice.”

Don’t get me wrong: I think Apple is a great company that sells great products and my Macbook Pro is still the best damn computer I have ever owned. But often, I see too many people rush out to get the newest iDevice without doing their research and really looking at all the other awesome gadgets at their disposal.

If you’re a zealot iPad user and plan on picking up the next generation iPad mini, what keeps you coming back to the iDevices? And would you consider taking a look at other tablets?

HUBweek came to Boston, and we were there to take it all in. END_OF_DOCUMENT_TOKEN_TO_BE_REPLACED

END_OF_DOCUMENT_TOKEN_TO_BE_REPLACED

Earlier this month, we posted a story about Rob, a man falsely accused of being a sex offender. END_OF_DOCUMENT_TOKEN_TO_BE_REPLACED

We figured we’d do our part in beating this dead horse into the ground, so without further ado, here are some of your Boston favorites like you’ve never seen them before, and hopefully never see them again. END_OF_DOCUMENT_TOKEN_TO_BE_REPLACED

File this under cool cosmetic inventions coming out of Cambridge– two MIT Media Lab researchers are developing nail art decals that will double-time as touchpads to control your phone or laptop with a single swipe. END_OF_DOCUMENT_TOKEN_TO_BE_REPLACED

All Harry Potter fans wait for the Hogwarts acceptance letter that they will never receive and dream of the house they want to join. You can hope to be part of Gryffindor all you want, but the choice belongs to the Sorting Hat. Now, instead of traveling the long journey to magic school, Muggles everywhere can consult a Twitter bot that will decide for you.
END_OF_DOCUMENT_TOKEN_TO_BE_REPLACED

Wednesday was April Fools’ Day, making anyone who has genuinely bad news to deliver at an extreme disadvantage. Powering down for the night, I and some 44,000 other users received the following email from a free, cloud-based screenwriting service called Scripped: END_OF_DOCUMENT_TOKEN_TO_BE_REPLACED