Watch These Movies on Netflix During Winter Storm Juno 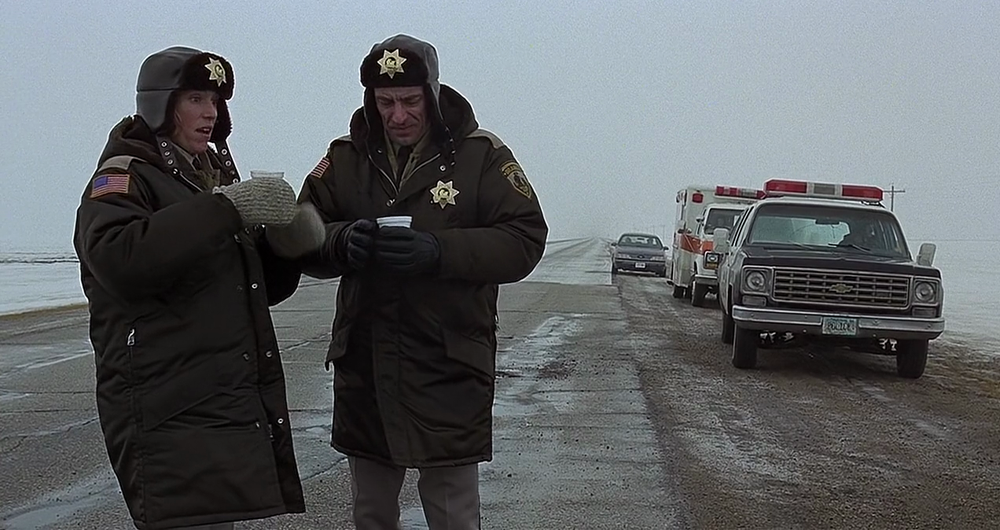 As Boston deals with the arrival of Winter Storm Juno (this Simpsons clip pretty much sums up our thoughts on the coming Snowpocalypse) we’re here to remind you that a snow day is the best reason to binge-watch Netflix.

Here’s what we’ll be watching.

There’s nothing like some good-hearted comedy to counteract the cold. Best friends Lloyd Christmas (Jim Carrey) and Harry Dunne (Jeff Daniels) embark on an adventure to Aspen, Colorado to return lost money. Completely unaware that the money is linked to a kidnapping, the two are hunted by police and trained killers. Also, this happens.

Set in 1987 Minnesota, Emmy-award winner William H. Macy plays Jerry Lundegaard — a car salesman who finds himself drowning in debt. Desperate for money, he teams up with two criminals to kidnap his wife, expecting his father-in-law to pay the ransom. However, a seemingly simple plan goes quickly goes awry. Widely hailed as one of the best films of the ’90s, it’s got a 94% rating on Rotten Tomatoes.

Anya grew up in an orphanage unaware that she is the long lost daughter of Russia’s last czar. The Grand Duchess, voiced by Angela Lansbury, offers a reward for Anastasia’s return and two scheming Russians hires Anya to play the role of the princess. If you’re in the mood for a Disney throwback– one that may not have gotten all the attention of others in the ’90s, this one’s for you.

When Massachusetts bouncer Doug Glatt — played by Seann William Scott — is found fighting a rude hockey fan, his fighting skills lands him a spot on a minor-league Canadian hockey team. It may not have gotten a great deal of attention upon its release, but surprisingly, the movie’s pretty good!

File this under “films we haven’t seen yet but want to”: Into The Mind invites the audience into a brain of a skier as he attempts to scale the ultimate mountain. Not only is this feature about a physical conquest, it’s also a mental one. Additionally, if the trailer is any indication, the cinematography is breathtaking.

Because we needed one really bad movie.

Enter to win a pair of tickets to attend The Hess Collection Seminar and Dinner as part of Boston Wine Festival 2018 at the Boston Harbor Hotel on Wednesday, March 14th. END_OF_DOCUMENT_TOKEN_TO_BE_REPLACED

Golden Globe and Emmy nominee Benjamin Wallfisch is the composer responsible for the score of the hit movie IT. I talked to Ben about his approach to scoring the new version of this iconic story and his thoughts on film and music overall. Some very insightful commentary; listen in. END_OF_DOCUMENT_TOKEN_TO_BE_REPLACED

Rupert Gregson-Williams is an award-winning film composer. He just so happened to compose the score for this summer’s big blockbuster Wonder Woman. We talked about his beginnings in film scoring, film scores that move and inspire him and, of course, Wonder Woman. END_OF_DOCUMENT_TOKEN_TO_BE_REPLACED

Jeff Rapsis is a New England-based composer and performer. Lately, he’s been creating live musical scores for silent film screenings. I talked to him about his process and a few of his upcoming performances at The Capitol Theatre in Arlington and the Somerville Theatre. You can keep track of where else Jeff is scoring silent films here. END_OF_DOCUMENT_TOKEN_TO_BE_REPLACED

Planning on seeing Rogue One: A Star Wars Story when it opens this weekend? I joined Adam 12 to give you an idea of what to expect. But don’t worry, I didn’t give anything away. END_OF_DOCUMENT_TOKEN_TO_BE_REPLACED

No, not from afar, from the comfort of her couch. From the actual awards themselves. That’s where Meredith Goldstein was for the Oscars. She shared all the juicy, first-hand details with me. END_OF_DOCUMENT_TOKEN_TO_BE_REPLACED

Boston band Funeral Advantage is Tyler Kershaw. And Tyler Kershaw had a fun childhood, so it seems. END_OF_DOCUMENT_TOKEN_TO_BE_REPLACED

Perry put me on to daephne and the album blew my mind. END_OF_DOCUMENT_TOKEN_TO_BE_REPLACED