NERAX Beer Festival Returns, Just in the Nick of Time 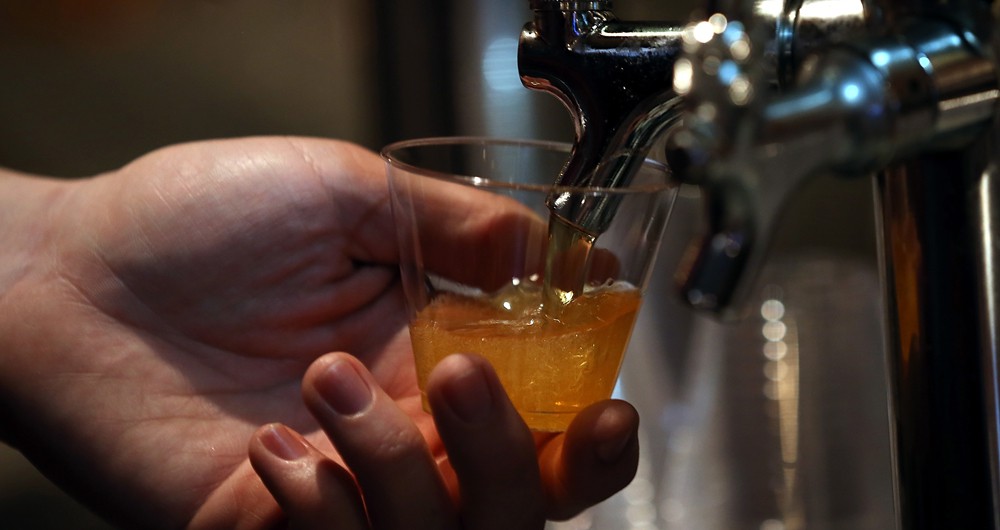 It was only a few weeks ago though that the group’s President Mark Bowers had some doubts whether or not the festival would even happen this year. Earlier this spring, the group said it had plans to host the event at Lord Hobo’s new brewery in Woburn. But the brewery, which is still slated to open later this spring, couldn’t complete construction of its facility in time for this week, leaving the festival without a venue.

Forced to find a new spot in a hurry, Bowers and NERAX snapped into action, researching nearly 150 different venues across metro Boston and inquiring whether or not they could accommodate the group’s legions of cask beer fans.

“There were definitely times when I thought we wouldn’t be able to pull it off this year,” Bowers says. “It was very disappointing to go through so many sites almost always finding something that made it untenable.”

The group’s festivals have always been a bit nomadic, rarely staying in one place for more than a year. Over the past several years it’s been held largely in multipurpose rooms across Somerville, including Dillboy Stadium in 2012, the Somerville American Legion Hall in 2013, and the city’s newest brewery, Aeronaut, last year.

After some lingering uncertainty, NERAX organizers finally found a home for this year’s festival a few weeks back at the Lithuanian Club in South Boston. The venue, which has two large rooms on two different floors, should be a change of pace for fest goers who are used to the event spreading out across one giant room.

Since the beers were still being tallied and registered when we reached out to Bowers, he couldn’t reveal exactly what would be pouring at this week’s fest, but estimated that per usual about half of the beers would come from the UK and half from the Northeast. While there will be a few casks from elsewhere in the U.S., Bowers says they’re planning on getting beer from all of the New England states.

The mystery around what beers will be poured is often half the fun of NERAX. In years past, breweries like the much-exalted Hill Farmstead have sent down casks of Edward, its pale ale, from Vermont.

But since casks are tapped everyday, even if attendees knew what was going to be poured, it’d difficult to get a feel for when it would go on. Generally however, between 40 to 60 beers will be available during each session, with mostly British beers available on Thursday and a lot of American offerings being tapped towards the end of the week.

In particular Bowers is looking forward to trying some of the fest’s hoppy sessionable pale ales, in addition to anything else that’s new or usual that makes its way into casks.

“We’ve had some sours and lagers recently that have worked really well in cask,” Bowers said.

It’s actually hard to believe NERAX is actually pushing the two-decade mark. Perennially regarded by beer drinkers and brewers as one of the most underrated beer fests in Boston, NERAX regularly brings curious fans and Real Ale enthusiasts out of the woodwork — some even fly in from out of town.

“I still feel that NERAX is the best beer fest that one has never heard of,” Bowers said.

As usual, admission to the festival ($15, $17 day of) doesn’t cover the beers, but attendees can purchase a refundable glass and order quarter pint ($2), half pint ($3), and imperial pints ($6) of the beer. Attendees should expect a pleasant, convivial atmosphere, devoid of the elitism that sometimes other beer fests.

END_OF_DOCUMENT_TOKEN_TO_BE_REPLACED

Enter to win a pair of tickets to attend The Hess Collection Seminar and Dinner as part of Boston Wine Festival 2018 at the Boston Harbor Hotel on Wednesday, March 14th. END_OF_DOCUMENT_TOKEN_TO_BE_REPLACED

This year, the festival is welcoming more female wine producers than ever before, making up 20% of all winemakers that will be at the festival. END_OF_DOCUMENT_TOKEN_TO_BE_REPLACED

The holidays are here, so raise a glass. END_OF_DOCUMENT_TOKEN_TO_BE_REPLACED

I referred to it as the “best kept secret” in Boston arts for the holidays. END_OF_DOCUMENT_TOKEN_TO_BE_REPLACED

Boston’s arts scene shines at this time of year. END_OF_DOCUMENT_TOKEN_TO_BE_REPLACED

‘Tis the season to mix a nice, stiff drink. END_OF_DOCUMENT_TOKEN_TO_BE_REPLACED

It’s so much more than a holiday show. END_OF_DOCUMENT_TOKEN_TO_BE_REPLACED

Rock for a cause this holiday season. END_OF_DOCUMENT_TOKEN_TO_BE_REPLACED

Get out and see a show this holiday season, and save some money when you do. END_OF_DOCUMENT_TOKEN_TO_BE_REPLACED