Need help choosing a place to celebrate Halloween in Boston? We’ve got you covered. 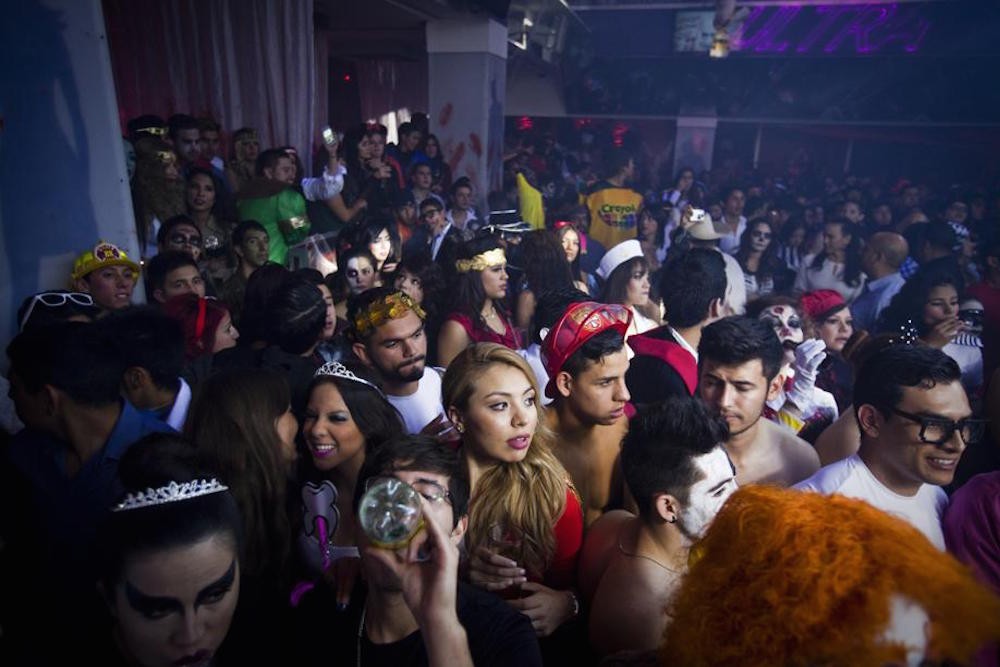 There’s no shortage of Halloween parties in Boston this year. It seems like every bar, pub, and club in the entire city is throwing their own holiday-themed event. There are so many banquets and blowouts to choose from that it can almost be overwhelming.

Via process of elimination that ruled out patently horrible venues and prohibitively expensive admission prices, we narrowed it down to a handful of bashes that stood out from the crowd of ~spooky~ parties being held next Saturday.

There’s a surplus of Halloween happenings at bars and clubs. This list only scratches the surface of what will be available–if none of the below options appeal to you, there is a 100 percent guarantee you’ll find something else. We just can’t promise it will be very good.

Someone must have sent a “everyone throw a heroes and villains themed party” memo around town, because countless places are doing it this yer. What separates Brass Union’s version from the rest is the lack of cover, which is rare on a regular weekend, let alone Halloween. It also goes until 2 a.m., unlike many other parties in town, which are ending as early as 10:30 this year.

Brass Union is bringing in DJ ABD, there are cash prizes for three different “best costume awards,” and there’s lots of candy. The one downside is that it’s in the heart of Somerville which means it’s near absolutely nothing. So what you’d save by not paying a cover, you’ll spend on a Uber (though we’ll all probably be doing that anyway).

2. RadioBDC Halloween Ball at the Hall

They didn’t ask for this plug. I didn’t even know this party was happening until I saw it on EventBrite, where you can currently pre-order tickets at the very affordable cost of $0.00. It’s being hosted at District Hall, which is a step up from the gross pubs and shady clubs where most of these Halloween parties take place.

And there will be two rooms, one with live music from Never in Vegas and the other with a DJ, and a $500 cash prize for best costume. It’s not exactly in the heart of the city, though–if you get bored and want to go somewhere else, it’ll be a little bit of a hike. And it’s not incredibly accessible by public transit. Closest stop is on the Silver Line, which isn’t suuuuuuper convenient. (You’re probably going to just wind up transferring at South Station.)

There’s plenty of clubs where you can spend a pile of money on all-night admission to a Halloween dance party, but many of those places get unanimously panned by online reviewers. Gem gets generally favorable views on Yelp, Foursquare and Google alike. Since the Liberty’s event is already sold out and Royale has nothing planned yet (and is going to be a zoo), this place is your best bet for an upper-scale party on Halloween.

Tickets are currently $20 on Tableist, which is inexpensive compared to what some other places are charging. And Gem is downtown, so if being immersed in the city matters to you, this is the place to go.

At the end of the day, a Halloween cruise is a Halloween cruise. You’re trapped on a boat for three hours, so if the vibe sucks, you can’t escape. But with that comes the privilege of knowing the place won’t get overcrowded. Plus, the view is pretty cool. So if a spooky booze cruise is up your alley, here are some of your best options.

1. Titanic Masquerade aboard the Spirit of Boston

(Hopefully that name doesn’t become a self-fulfilling prophecy.) This cruise is better than most in that it starts and ends at appropriate times: it leaves the dock at 10 p.m. and gets back at 1 a.m. You’re required to wear a costume on board–as in they won’t let you on without one–and they “strongly encourage” a mask. And per their website, the ship features four DJs, four decks, four floors of music, and “600 Titanic Ghosts & Ghouls having the time of their lives!” (Alright.)

2. The Haunted Ghost Ship Aboard the Provincetown II

Tickets to the Haunted Ghost Ship gets you access to a cruise that you may be sharing with about 900 other people. The Provincetown II hired a live DJ and has a cash bar for Halloween. Costumes aren’t compulsory, if you’re anti-dress-up, but this particular cruise embarks at 7:30 and gets back at 10:30, well before the night is over. Which could work to your advantage–if you want to do more than just a booze cruise, there’s plenty of time to hit up bars and clubs after you’ve arrived back in the harbor. But if you’re looking to spend your whole night on the water, this isn’t your jam.

Tickets are $30 until Halloween or until they sell out. And they’re available on Groupon for $19 right now.

Essentially identical to the Provincetown II ship, though the event’s website specifies that this cruise has a “Vampire DJ,” seasonal craft beers, candy, and gives out prizes for the best costumes. It sets off at 7:30 and docks at 10:30, just like the P-Town II, so this isn’t for those interested in an all-nighter.

Trick or treating for grown-ups at the sixth annual Halloween on the Harbor 2015 http://t.co/bSfWRidaVP pic.twitter.com/qG8dLhHrYi

2. Halloween on the Harbor

Halloween on the Harbor is more upscale than its pub-centric counterparts. It’s made up of mostly hotels and bougie bars, which means more expensive drinks (which are being offered at a marginally reduced price), but fewer college students, if that’s a thing that bothers you. Other benefits include access to promotionally-priced foods and prizes for best costume. Not cash, though.

You also get to take a duck boat from venue to venue, which is reason enough to give this crawl a whack. Tickets are $5 and all proceeds go to Friends of the Fort Point Channel.

If half a day at the Boston Pub Crawl won’t cut it for you, don’t worry. There’s a weekend-long crawl you can attend for just $25. It’s also in Faneuil Hall and there’s a good deal of overlap in which bars are participating in this crawl and the Costume Crawl, so this is just a matter of believing in your stamina and dreaming big and wanting to do the absolute most this Halloween.

You can can also purchase single-day tickets for $9.66 each.

Now all you have to do is choose a costume.

A previous version of this article stated that Laugh Boston would be participating in the Seaport’s Halloween at the Harbor Pub Crawl 2015, which is not the case. Boston.com regrets the error.