Today was a big day for little Pluto.

NASA’s New Horizon spacecraft made several flybys of the demoted, diminutive non-planet on Tuesday morning, resulting in some pretty exquisite photos and a big accomplishment for the United States.

This exploration of Pluto means that the United States has officially visited every planet in our solar system.

And the scientists who work at the New Horizon control center will get to proudly show off this achievement on the bumpers of their vehicles—the ones that stay within earth’s atmosphere, that is. 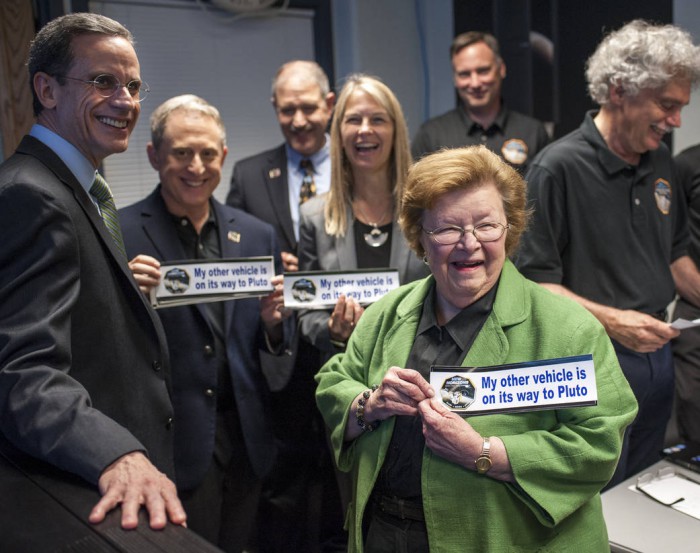