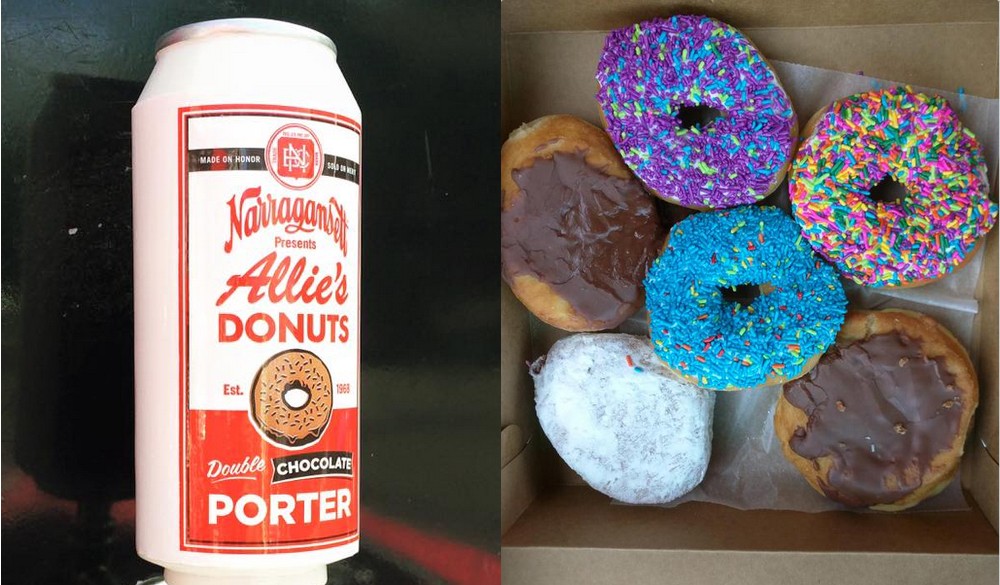 Whether leisurely enjoyed in the backyard with friends or chugged and crushed on the big screen in Jaws, Narragansett is a New England institution.

Allie’s Double Chocolate Porter, brewed with chocolate malt, dark crystal malt, and cocoa nibs, is inspired by Allie’s signature double chocolate doughnuts, a tradition at the shop since its founder, Frederick Alvin “Allie” Briggs, first opened its doors in the summer of 1968.

“Whether it’s a lazy Saturday morning tradition, a tasty birthday celebration, or just a pick-me-up on a bad day, Allie’s old fashioned donuts have filled a special place in Rhode Islanders’ hearts for nearly 50 years,” Mark Hellendrung, president of Narragansett Beer said in a press release. “We wanted to combine every local’s favorite pastry with our classic Porter to give people an authentic taste of two Ocean State staples. No matter the occasion, we hope Narragansett Allie’s Double Chocolate Porter evokes that same blissful feeling you get when biting into a freshly baked Allie’s donut.”

The Double Chocolate Porter, 5.5 percent Alcohol By Volume and 15 IBUs, is scheduled hit stores this week, and will be available throughout the winter.

To celebrate the release, Narragansett and Allie’s are hosting a release party at Oak Hill Tavern in North Kingstown, RI from 6pm – 9pm on October 1, 2015, featuring games, prizes, and of course, beer and doughnuts.