This dad couldn’t find a Ms. Marvel costume for his 6-year-old. So he made one himself.

Ms. Marvel is not your average teen.

And Mike Long is not your average dad.

Long, of Surrey, England, reads Marvel Comics to his 6-year-old daughter before bed. So when she received an invite to a superhero birthday party, it made sense that she go as Ms. Marvel, he wrote in a Tumblr post.

But Long’s costume search for his daughter turned up minimal results, including a pink Spider Girl outfit, a sexy Batgirl outfit, and a sexy Red Riding Hood outfit, he says.

That wasn’t going to fly.

Long, who’s not a sewer, he says, decided he was going to becoming a Ms. Marvel stylist all on his own. He purchased the materials—including a yellow pillowcase and red polyester fabric—and got to work (with some help from his partner).

“I’ve got no skills at all,” Long says, “and I think that’s kind of what gives the outfit a bit of charm.”

Long’s daughter, who Long asked that we refer to as Ms. Marvel, says her costume makes her “happy” and that she’s thankful to her dad for putting it together.

G. Willow Wilson, the writer of the Ms. Marvel comic book series, re-blogged Long’s Tumblr post on her site, adding the note, “Now this is one dedicated super-dad.” 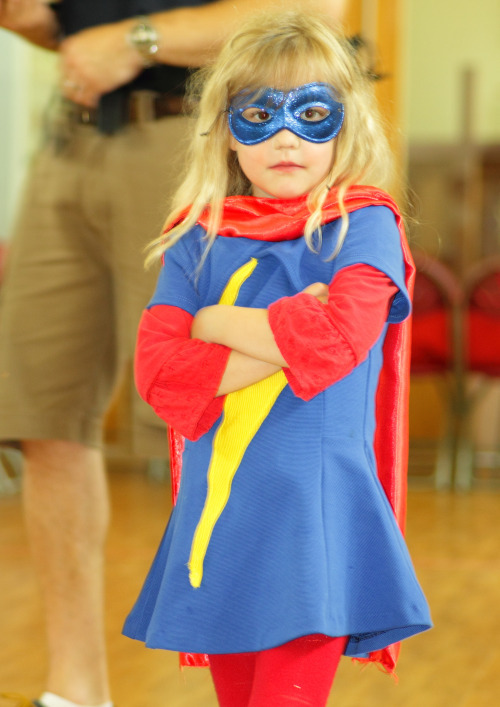 Next up for Long: He’s continuing his campaign for Marvel to produce more “girl-inclusive” merchandise, this time combining it with cancer research fundraising efforts via a justgiving.com page and the hashtag #KamalaCancer. 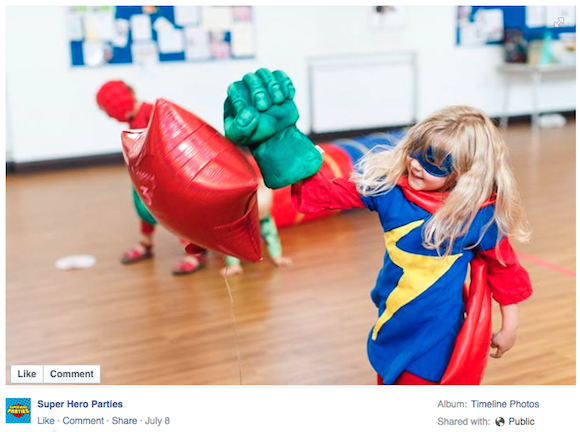