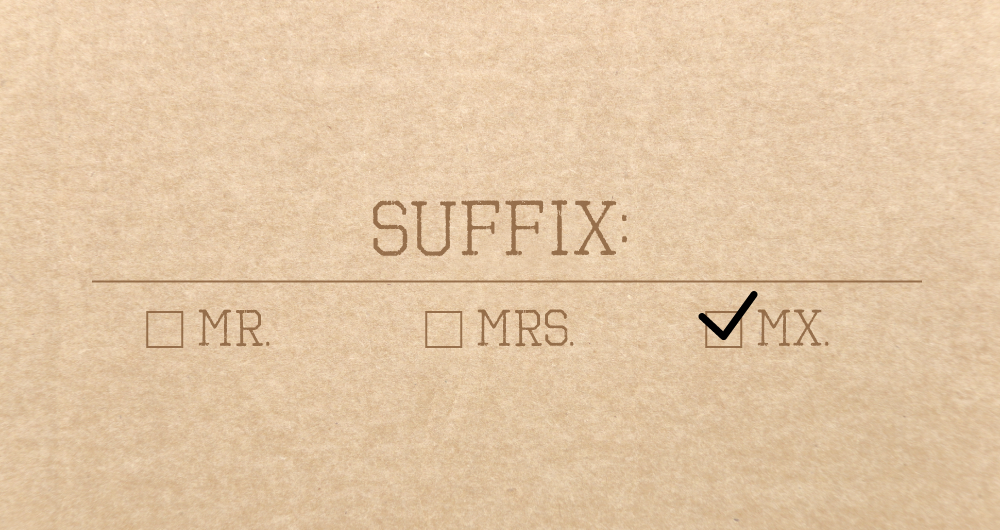 How do you address someone who doesn’t want to be called a Mr. or a Ms.?

The Oxford English Dictionary is looking to solve that conundrum: the gender-neutral title “Mx.” is being considered for the next edition of the widely accepted authority on the English language.

“It’s an interesting thing we do, that we have to [add] gender in the way we address someone–you can’t just say their name,” said Tey Meadow, an assistant professor in both the Department of Sociology and the Program in Women, Gender, and Sexuality Studies at Harvard University. 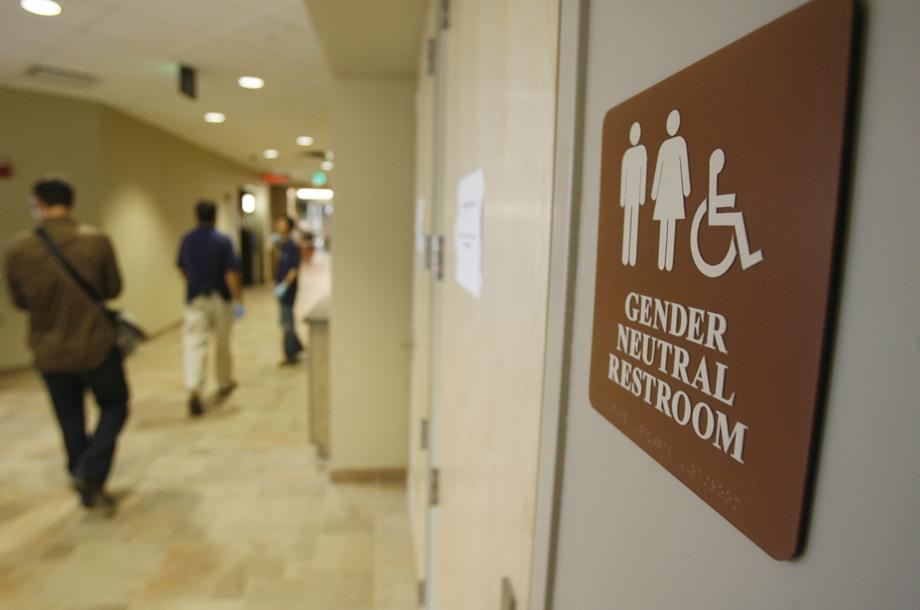 Meadow said that she has many cisgender (when your biological sex matches your gender identity) or non-gender conforming friends who bristle at getting mail addressed to a “Mr.” or “Ms,” “as if acknowledging gender is necessary when receiving mail from the bank.”

The OED makes additions constantly. Its latest update of 500 words included “earworm: a catchy song or tune that runs continually through a person’s mind” and “gentrifier”– a derivative of “gentrify.” The addition of “Mx.”–which is most often pronounced as “Mux”–would be particularly significant and an obvious nod toward the changing perceptions of gender.

“Language changes on a social level, to reflect evolutions in identity and different ways individuals and communities define themselves,” Meadow said. “What the OED is doing is recognizing something that’s already happened.”

Meadow said that our culture has already adapted formal titles to represent change, like with the addition of Ms. into the general lexicon. Ms. is an identification that unties a woman’s marriage status from her identity. It’s not necessary, Meadow said, as something you immediately need to know about someone. 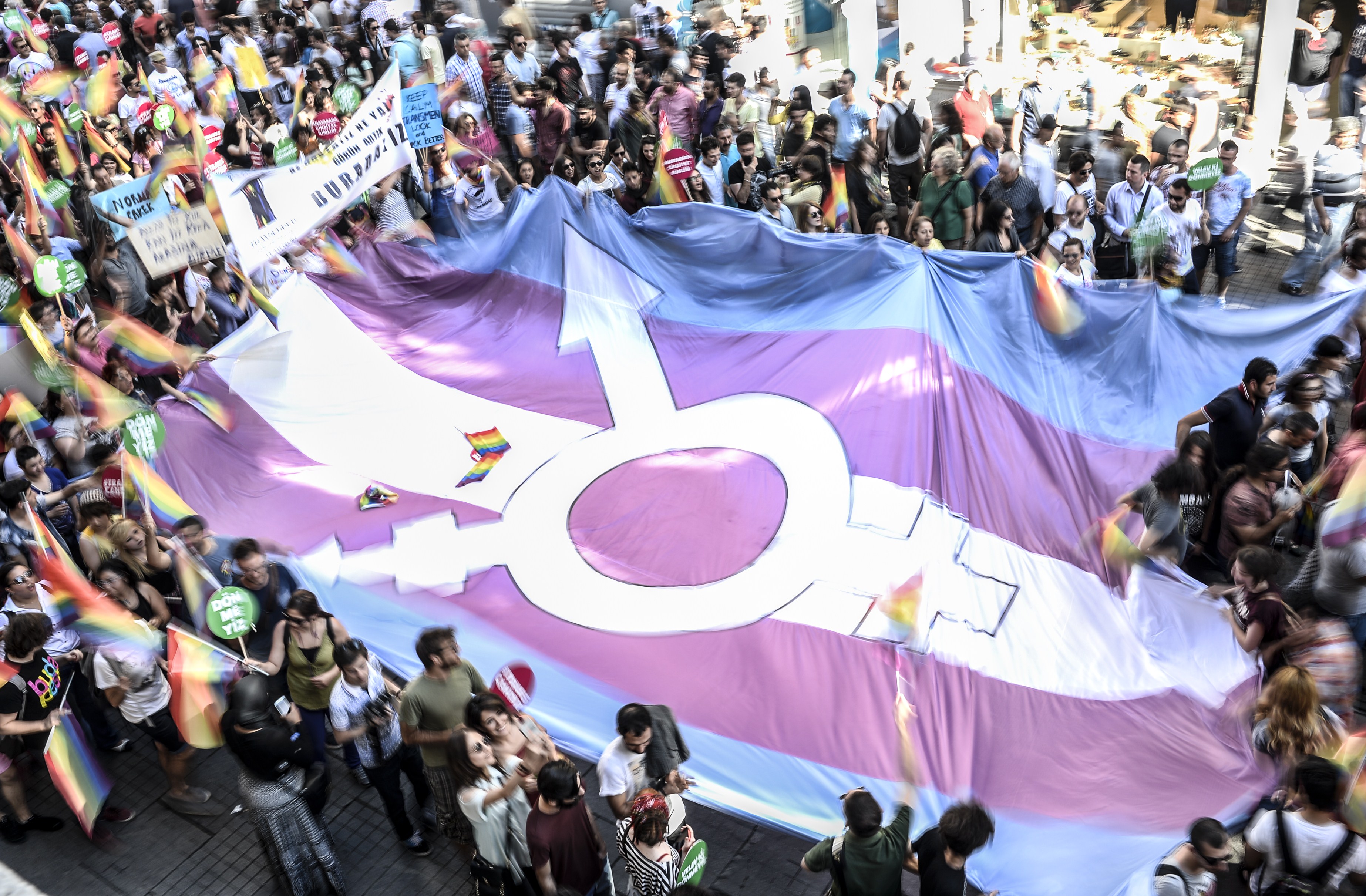 Yvonne Abraham of the Boston Globe recently wrote a column about an upcoming turning point for transgender rights. Abraham acknowledges that things may seem to be moving fast; there’s been so much change lately. But, she writes, “it only seems fast if you’re not living it. Otherwise, change is gut-wrenchingly glacial.”

The United States alone is estimated to have a population of 700,000 transgender individuals, though it’s pretty safe to assume that estimate is low. Some transgender people choose not to disclose their identity for fear of harassment, or the language used on forms or surveys is often limited to only two gender options.

A 2011 survey found that 78 percent of transgender/gender non-conforming students reported harassment, and of all 6,500 people surveyed, 90 percent “reported harassment or discrimination in the workplace, or took measures to hide their identity to avoid it.” 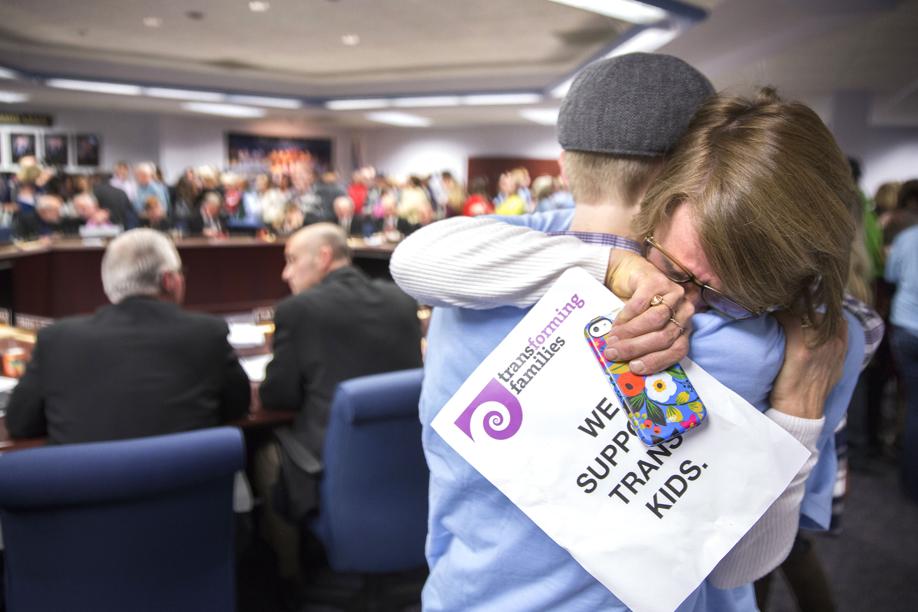 “I have learned to become a great supporter of gender-neutral titles and pronouns, mostly from my students at Boston University who have taught me the power they feel when they choose their preferred pronoun,” said Carrie Preston, the director of the Women’s, Gender, & Sexuality Studies program at Boston University.

Preston has started teaching her courses with gender-neutral language, as best as she can.

“We know that gender stereotypes influence the ways we interact with people, even when we don’t want them to do so,” Preston said. “Going gender neutral in our language may counteract that influence to a certain degree.”

Adding a new word to the dictionary may not seem like a big deal for some. But for others, it’s the first time they’ll really feel acknowledged.