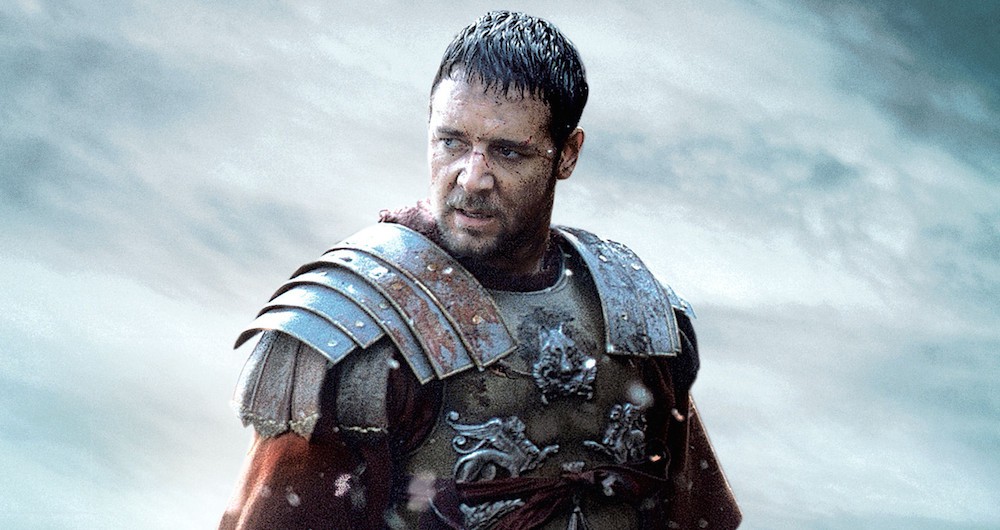 Netflix has a constantly changing list of films, television shows, standup specials, exercise videos and subliminal mind control videos available in its expansive library. But with 2015 just around the corner, a slew of them will be disappearing at the end of the year.

Here’s a list of the top films you have to watch before they’re gone, as well as everything else that will be exiting everyone’s favorite website when the ball drops. Happy streaming!

It’s weird to think about now, but when the trailer for Tim Burton’s “Batman” first came out, people were astounded at how dark and gritty it looked compared to Adam West’s version. Now that Christopher Nolan has redefined the franchise, Burton’s version is almost slapstick. Such is progress in the film industry.

Oh, how the mighty have fallen. 2000’s “Gladiator” paired actor Russell Crowe and director Ridley Scott that won five Oscars including Best Picture and Best Actor for Crowe. Now Crowe is spending his days tweeting about his exercise routine — and getting trolled while doing so — while Scott is in the midst his biggest flop ever with “Exodus: Gods and Kings,” which has not only been a box office and critical failure, but has been banned in several countries. Bring us back to the golden days, Maximus.

Sure, this film may be on ABC Family or Comedy Central at least once a week, but thanks to the censorious FCC, “Happy Gilmore” on basic cable is a neutered experience. You owe it to the Sand Man to watch his greatest film in its uncut glory, especially now that he’s signed a four-film deal with Netflix, guaranteeing the company every future Oscar.

Everybody and their mother made a parody of the latest “Star Wars trailer, but there’s really no point. Mel Brooks, Bill Pullman, and Rick Moranis already perfected the art form. No matter how strong you think your Schwartz is, it can’t possibly be stronger than Lonestar and Brooks.

Here’s the rest of the films leaving Netflix on December 31.

Golden Globe and Emmy nominee Benjamin Wallfisch is the composer responsible for the score of the hit movie IT. I talked to Ben about his approach to scoring the new version of this iconic story and his thoughts on film and music overall. Some very insightful commentary; listen in. END_OF_DOCUMENT_TOKEN_TO_BE_REPLACED

Rupert Gregson-Williams is an award-winning film composer. He just so happened to compose the score for this summer’s big blockbuster Wonder Woman. We talked about his beginnings in film scoring, film scores that move and inspire him and, of course, Wonder Woman. END_OF_DOCUMENT_TOKEN_TO_BE_REPLACED

Jeff Rapsis is a New England-based composer and performer. Lately, he’s been creating live musical scores for silent film screenings. I talked to him about his process and a few of his upcoming performances at The Capitol Theatre in Arlington and the Somerville Theatre. You can keep track of where else Jeff is scoring silent films here. END_OF_DOCUMENT_TOKEN_TO_BE_REPLACED

Planning on seeing Rogue One: A Star Wars Story when it opens this weekend? I joined Adam 12 to give you an idea of what to expect. But don’t worry, I didn’t give anything away. END_OF_DOCUMENT_TOKEN_TO_BE_REPLACED

No, not from afar, from the comfort of her couch. From the actual awards themselves. That’s where Meredith Goldstein was for the Oscars. She shared all the juicy, first-hand details with me. END_OF_DOCUMENT_TOKEN_TO_BE_REPLACED

To celebrate the opening of ‘The Force Awakens,’ I had some very special guests in studio to start the Thursday, December 17 edition of The Brink. Listen. END_OF_DOCUMENT_TOKEN_TO_BE_REPLACED

Watching the new Star Wars trailer a million times gave us all sorts of feels. And one of those feels was nostalgia. END_OF_DOCUMENT_TOKEN_TO_BE_REPLACED

END_OF_DOCUMENT_TOKEN_TO_BE_REPLACED

If you’ve finally finished crying over Inside Out — or Lava, the short that ran before it — Pixar is readying another assault on your tear ducts with The Good Dinosaur, if its newly released trailer is any indication. END_OF_DOCUMENT_TOKEN_TO_BE_REPLACED