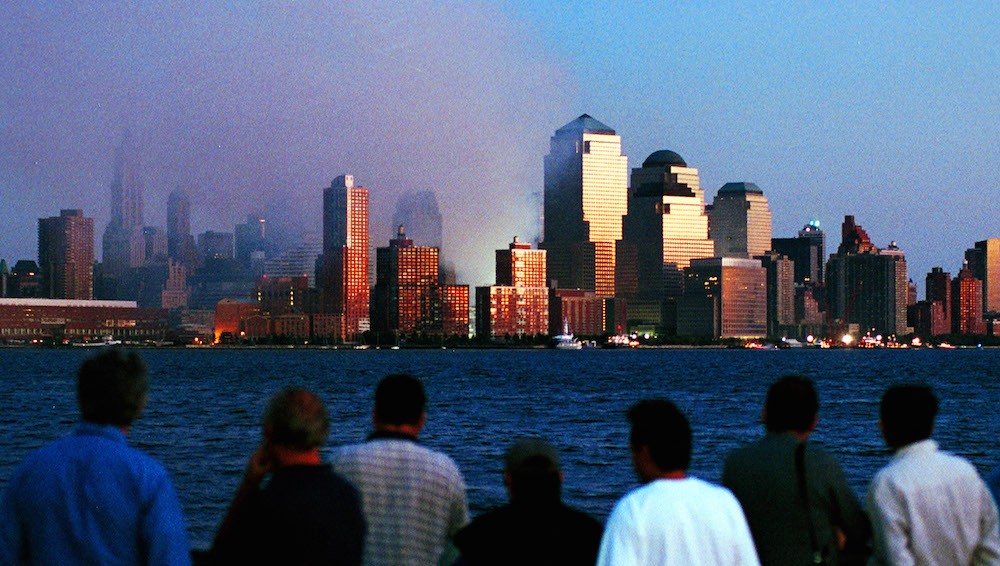 Ki Whelan was 19 years old, sitting in class at New York University when another student in the back of the room announced that a plane had hit the World Trade Center. Everyone figured it was a Cessna or small plane, and the professor joked that it would mess up his view of the Twin Towers from his apartment.

Whelan and his friends ignored a teacher’s request to stay where they were and went to a friend’s apartment instead. There they took turns using the single cell phone in the apartment to call their families.

“I waited in line to use a pay phone for half an hour before trying to call my mom’s office in California,” he said. “Her line was busy.”

As the day went on, Whelan and his friends started drinking. There wasn’t much else to do and they were worried, unsure if the attacks were over or if it was safe to be in New York.

That night, three of Whelan’s friends went to the World Trade Center and helped with the recovery effort until dawn. Whelan fell into a drunken slumber.

He woke up to a city that felt illusory. 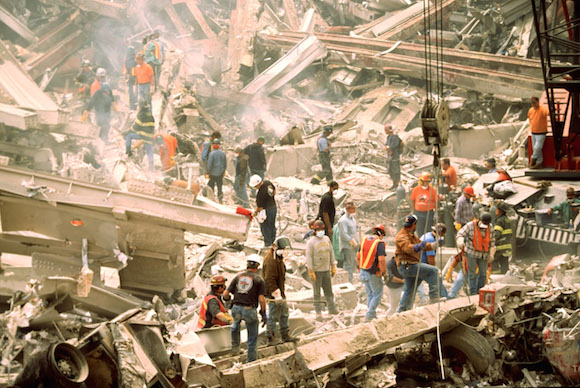 “The weird part was the following days,” he said. “All traffic below 14th Street was suspended. The city felt quiet for the first time I could remember.”

Whelan saw people throwing a baseball up and down 7th Avenue, a street usually bustling with traffic. He and a friend ventured as far downtown as they could, taking pictures of the damage. The air smelled acrid, so they got medical masks at an aid station as they continued south.

“There wasn’t much to do,” he said. “Everyone was stunned, reeling from the attack and worried that more was to come.”

People across the world were grieving for New York, Washington, D.C., and the passengers of United Flight 93. But Whelan, now 33, recalls experiencing a righteous anger at the time that he couldn’t quite justify or explain.

“I remember, as time passed, being annoyed at people who weren’t in New York or D.C. telling stories about how they were traumatized,” he said. “It probably doesn’t make sense, but it felt like people were glomming onto the tragedy and desperately trying to make personal what I felt they never could.”

“They hadn’t been there. They wouldn’t know what it was really like.” 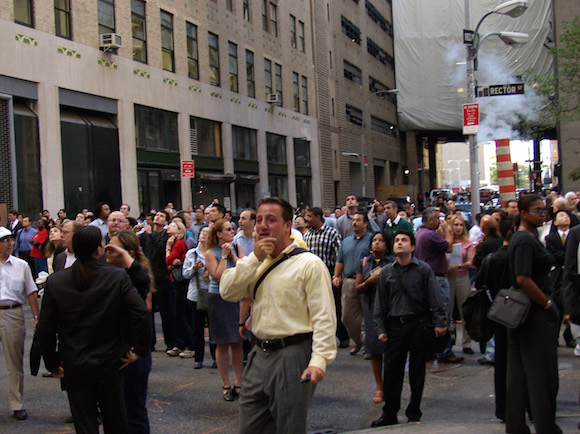 Most of us weren’t there. We weren’t physically close to the Towers, didn’t help in its cleanup, and our lives — and the lives of our family members — weren’t directly and irrevocably changed by the Towers falling. But we commemorate it online, with Instagram photos of a rainbow coming out of the Freedom Tower, or Facebook posts detailing where we were that day.

This raises the question: Is the right to post about 9/11 something that’s earned by physical or emotional proximity?

How close to a tragedy do we have to be to have the right to feel connected to it?

Dr. Kevin Kozin, a grief counselor based in Lexington who treated family members of those who died in the Boston Marathon bombing in 2013, said that some grief expressions are an attempt to form a connection.

“After a shared tragedy, such as 9/11 or the Boston Marathon bombings, which are shared nationally, or the tragic loss of a local teenager, which is shared more locally, communities often aim to find ways to grieve together,” Kozin said. “And yet, we often see highly individualized grief expressions through social media saying things like, ‘I was there,’ or, ‘I knew him and will miss him forever.’ These ways of expressing our grief are an attempt to elicit responses from others in a way to create a connection.”

Kozin said that “by being together in grief, we work through it by supporting one another. The more connected we can be in our grieving, the better. The challenge then is to admit to ourselves that our suffering isn’t unique, but that others can also be wounded by collective loss.” 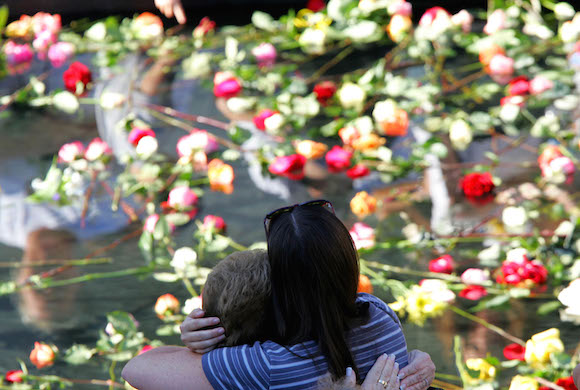 Oftentimes, Kozin said, when people strike out against those exhibiting grief with comments like, “You weren’t there,” or, “This isn’t about you,” they’re simply experiencing grief through anger.

“Anger expressed is essentially the word ‘me,'” Kozin said. “They are saying, ‘I’m hurting, hear me. It’s my pain, not yours. Me!'”

But Kozin said shared grief is the best way to heal, evoking what he said is his favorite phrase: “Never worry alone.”

Rick (who asked that we not include his last name) was 11 years old when the Towers fell. His uncle worked for one of the companies located in the World Trade Center but had called in sick that day. Rick was in another room when his mom got a call about the attacks.

“I heard my mom begin to scream,” he said. “It was the absolute scariest moment of my entire life.”

Though Rick’s uncle was OK, all of his colleagues passed away.

After the attacks, his uncle developed a serious alcohol problem and lost what Rick said many would consider a small fortune.

“I think people often forget the casualties that occurred after 9/11,” Rick said.  “The people that began to slowly kill themselves  with drugs or alcohol all over the Tri-state area.”

Rick said that, up until recently, he still felt anger when people posted what he considered empty tokens of remembrance on social media.

“A year or two ago on 9/11, I remember thinking, ‘Fuck everyone making their profile picture the Twin Towers,’ like they were causing a problem,” Rick said. “Now my thoughts on it are basically…who cares. Let people do what they will do.” 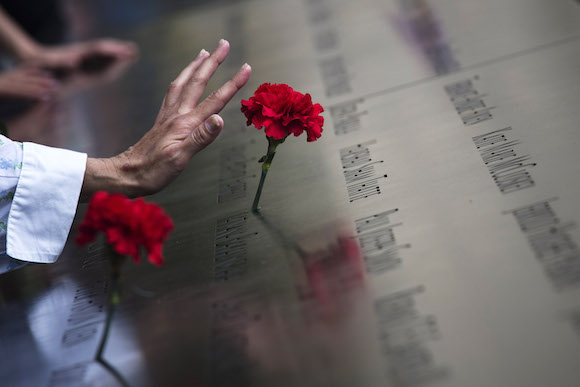 Rick’s sentiments were mirrored in an essay published on The Huffington Post by Kelly Halsch, a lifestyle blogger who lost her parents in the terrorist attack on Pan Am Flight 103 in 1988, at the time the deadliest terrorist attack on American citizens in history.

“I struggle to go anywhere near social media on 9/11,” she wrote. “So many people write well-meaning posts on their Facebook pages and sweet remembrance tweets on their Twitter accounts, filling up Instagram with pictures of the Twin Towers. But I find it a little hard to scroll through and read.”

“This day should be remembered and I’m glad that people do,” she continued, “that they are pausing for a moment to think of all of those lives lost and those who lost them. But I struggle to see it and read it because what happened on this day has forever impacted some people’s everyday.”

Coming to terms with individuals expressing themselves in a seemingly empty way on social media is one thing, but corporations doing it is quite another.

In 2013, AT&T apologized for their 9/11 tweet, which showed the World Trade Center memorial through a phone.

“Yesterday, we did a post on social media intended to honor those impacted by the events of 9/11,” AT&T Chairman and CEO Randall Stephenson wrote on the company blog. “Unfortunately, the image used in the post fell woefully short of honoring the lives lost on that tragic day.”

But Mande’s mockery of brands tweeting had its own pushback. Conservative website Twitchy blasted Mande for vilifying genuine attempts to memorialize the day by American companies in 2012.

“Mande’s mockery of heartfelt tributes to the heroes, and fallen of 9/11 is nothing short of shameful,” the article says. “On a day of national mourning, it’s Mande and his pathetic fans — not corporate America — who are trivializing the tremendous loss we felt 11 years ago.”

If anything, the fact that people can’t even agree on whether an Oreo-branded moment of silence is a proper remembrance of Sept. 11 proves that the debate on how to grieve properly has very few hard and fast truths. 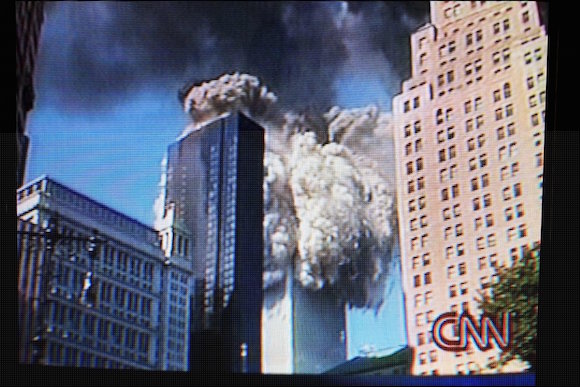 In 2004, Vincent Filak, now a journalism professor at the University of Wisconsin Oshkosh, cowrote a paper examining the editorial cartoons published nationwide immediately following Sept. 11. Filak said 9/11 stands out as one of the last times radio and television transfixed and united the nation, with the Internet taking over as the dominant communication medium soon after.

“The 9/11 moment might be one of the last ones in which traditional media had us all experiencing an epic moment in real time through things like radio and TV,” Filak said. “To that end, the experience was shared and real for a lot of us because ‘we’ were all attacked and ‘we’ watched the wreckage live, whether we saw it in New York City or Boise, Idaho.”

“However, shortly after that, there were those demarcations people tended to make, especially people who were profoundly impacted by the event because they lost friends, family, and colleagues in the attack.”

Fourteen years ago, walking the dusty streets of Manhattan as a 19-year-old, Whelan was angry about what he felt was a co-opting of a tragedy that affected him personally. Now his attitude is indifferent, if a touch cynical.

“Seeing the ‘Never Forgets’ on social media just seems like the same passing thought people give when writing, ‘RIP Celebrity X,'” he said. “It’s expected. It’s easy. It’s meaningless. It doesn’t seem to serve as a real memorial to the people who lost their lives.”

“It’s just another Facebook status that people write when they wake up and remember 9/11 because it’s on the news. They’ll go to work and they’ll post a picture of their lunch later and their day will continue like Sept. 10 before it, until they go to bed and wake up on Sept. 12.” 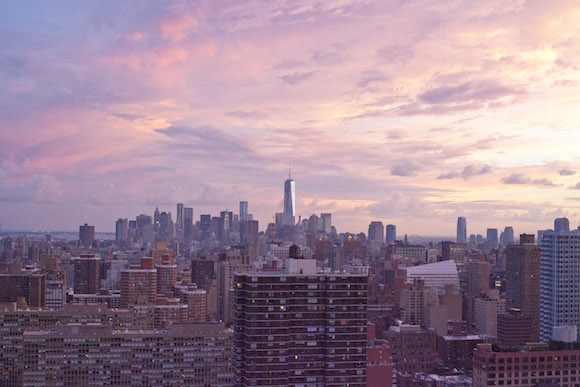